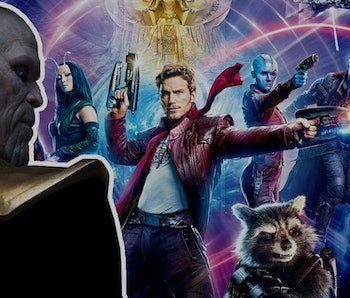 Guardians of the Galaxy fans already knew that Nebula has a really, really messed-up childhood, but it appears that Avengers: Infinity War will reveal exactly how bad her upbringing under Thanos really was. And, somehow, it’ll be even darker than we expect.

“Without giving away any spoilers, we’re definitely going to continue the arc for Nebula and find out more about her past,” Karen Gillan, the actress behind Nebula explained at Florida SuperCon in July. “And, actually, we’re going to find out that it’s even worse than we know.”

In the first Guardians of the Galaxy, we learned that adoptive sisters Gamora and Nebula would spar at the command of their adoptive father, Thanos, and that Gamora was his favorite. Guardians of the Galaxy Vol. 2 added to this, with the reveal that, after each loss to Gamora, Nebula was taken apart and reconstructed in order to make her stronger. What could be worse than this is anyone’s guess, but where the Mad Titan Thanos is concerned, it’s not surprising to hear that there are darker events in Nebula’s past.

Interestingly, as Gillan explained to ScreenCrush in April, Nebula was originally going to be killed off in the first Guardians of the Galaxy. Based on this latest news, it seems like they decided there was a lot more story, and suffering, to her character.