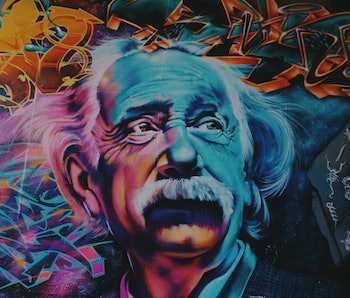 Sitting at the center of the Milky Way galaxy lies a supermassive black hole named Sagittarius A* (Sgr A*), possessing the mass of about 4 million suns. And the primary function of Sgr A* is to be an eternal suck hole for any and all matter that manages to unwittingly find its way into the black hole’s vicinity, new data illustrates. The supermassive black hole has inadvertently become a testing ground for Albert Einstein’s theory of general relativity.

Astronomers using the European Southern Observatory’s Very Large Telescope (VLT), among other instruments, just completed an analysis of a trove of new data regarding Sgr A*, which demonstrates gravitational effects predicted by Einstein. The new findings, published in The Astrophysical Journal, further validate the theory of relativity through the orbit of the stars circling around Sgr A*.

“The Galactic Center really is the best laboratory to study the motion of stars in a relativistic environment,” said Marzieh Parsa, an astronomer at the University of Cologne in Germany and lead author of the new paper, in a press release. “I was amazed how well we could apply the methods we developed with simulated stars to the high-precision data for the innermost high-velocity stars close to the supermassive black hole.”

Why is this so big? Well, it would be the first time a measurement of effects defined by general relativity were observed in stars orbiting a supermassive black hole.

The VLT’s incredible strength, of course, made these measurements possible. It’s unclear how else S2’s movements would have been so accurately watched.

Overall, the study does not provide any groundbreaking news, but it’s further validation — about a year-and-a-half after gravitational waves were finally detected — that Einstein managed to articulate a major framework for how the universe works a century before physicists really had the tools to confirm he was right.

That doesn’t mean astrophysicists are finally finished. These new results may just be a soft introduction to much more invigorating data to be collected by GRAVITY, a new instrument helmed by the Max Planck Institute for Extraterrestrial Physics in Garching, Germany. That instrument may be able to track the passage of S2 along Sgr A* in 2018 and unveil an even more tantalizing trove of data relevant to general relativity’s and modern physics’ biggest questions.