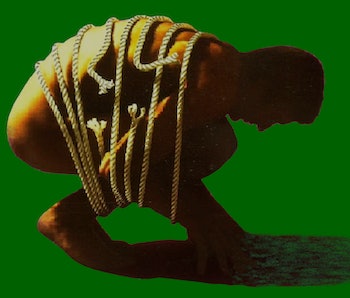 Chiropractors are hot: According to the Bureau of Labor Statistics, they rake in about $81,210 per year, and their ranks are expected to grow 17 percent in the next few years.

And it’s all because humans have terrible backs. We just haven’t evolved to keep up with the physical stress of gravity on a straight back, combined with desk jobs that have us crunched over computers for hours on end. A full 80 percent of Americans will deal with back pain at some point in their lives; one in five people reported back pain in the last year alone. About one-third of those folks saw a chiropractor or other alternative practitioner to deal with their back pain in 2016.

But does chiropractic work? The industry is, by definition, an alternative to evidence-based medicine, and aspects of it can be pretty worrying. At the same time, some experts say this treatment has a place.

There’s an argument out there that chiropractors are all bullshit. The practice’s founder, D.D. Palmer, created the practice based on the (unscientific) notion that the root of all human illness lies in so-called “misalignments” of the spine (as opposed to things like germs and viruses and genetic anomolies.) Palmer sold his method of “adjustments” to correct these misalignments as a way to “naturally” cure people of problems — He even went so far as to make the dubious claim of curing deafness the first time he ever laid hands on a patient.

Even in 2017, chiropractors are full of odd ideas, with many patients reporting being routinely hurt and misled. The Mayo Clinic warns that chiropractic adjustments can cause herniated disks or make already herniated discs worse. Chiropractic patients also often suffer compressed nerves, even strokes. The former chiropractor and skeptic Sam Hamola writes that many chiropractors engage in aggressive and scammy behavior to separate patients from their cash:

One of the most disturbing complaints I hear comes from chiropractic patients who have paid thousands of dollars in advance for a course of treatment lasting several months — after succumbing to a high-pressure sales pitch involving scare tactics. These patients have usually opted to discontinue treatment because symptoms have either worsened or disappeared. Most have signed a contract, however, that does not allow a refund, even if the treatment regimen was not completed. Some have used a chiropractic “health care credit card” to borrow the advance payment from a loan company, leaving the patient legally bound to repay the loan.

Edzard Ernst, an expert in pain and its treatments, who has studied the effectiveness of chiropractic medicine, has written columns suggesting that chiropractics often do more harm than good. “She will lose some cash,” he tells Inverse via email of what a typical patient might expect if they see a chiropractor. “[She] might get some relief in the case of back pain, but not for other conditions …

“In the worst case, she might be in a wheelchair for the rest of her life.”

But as those BLS numbers show, chiropractors are doing great and patients are flocking to them. There’s about one of them for every two dentists in this country. Wander around any American city or suburb and you’ll likely spot their offices sandwiched between the local FedEx and Panda Express. They’ve even found their way into hospitals, where they work alongside regular doctors and nurses. And here’s where the big BUT comes into play: Some of those doctors like it.

Stuart Kahn is a doctor and professor of rehabilitation and physical medicine at Mount Sinai Hospital in New York City. He treats patients with debilitating lower back pain all day. If your back goes out, he’s the guy you want to see. And, every once in a while, he sends patients to chiropractors.

“The best thing you can do is diagnose what the cause of the back pain is, and then you can try to treat it,” he tells Inverse.

And that’s something only a doctor is qualified to do. When a patient walks into his office with back pain, Kahn’s first task is to rule out cancers, infections, fractures, and other disorders that require specialized treatment. He can also prescribe anti-inflammatory medicines that can reduce swelling and pressure on the spinal cord, saving patients from further pain and damage.

But most of Kahn’s patients fall into two baskets: Either they will live with chronic spinal pain for the rest of their lives, or they have some acute problem, like a slipped disc, that needs to be dealt with.

For that group, he works on building a treatment regime that can lessen their daily pain and improve their range of motion and quality of life. The most important part of that regime is usually physical therapy. After a period of work, he said, “they’re more flexible, their core is stronger, they have better posture at work, they try to cut out the exercises that trigger the episodes.”

Medicine can be another part of the treatment, along with therapy to help manage the stress and emotion that comes with pain.

And to a narrow subset of those patients who he thinks might be helped by an adjustment, Kahn recommends a chiropractor.

“There are some patients who have extremely restricted motion, and they have some arthritic joints, for example, and I will send them to a chiropractor that I feel does not do very violent mobilization or manipulation,” he said. “I have a level of precaution where I won’t recommend high-velocity manipulation, whether it’s through a physical therapist, an osteopath, or a chiropractor.

Sometimes a slow, cautious adjustment, or even just a massage, seems to help his patients, though Kahn cautioned that he’s not prepared to comment on the value or danger of chiropractors writ large.

“A lot of it is breaking up muscle spasms, decreasing swelling and edema to the local tissue,” he said. “Improving range of motion, and just, sometimes, laying hands onto someone who’s fearful and in spasm and, sometimes, just relaxing them — it can help decrease the pain and increase the flexibility to the area and the tissues.”

All of which is to say that there does seem to be some people who a few chiropractors can help, at least according to some doctors. But those adjustments should be part of a course of treatment recommended by a medical expert, not the bloke hawking $10,000 neck twists next to Denny’s.

If your back hurts, see a doctor.