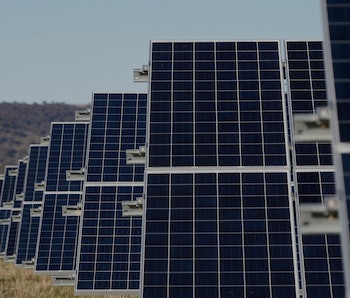 Storing solar power in large-scale grid batteries is essential to the future of renewable energy, and a study published this week suggests that the technology is on the brink of a major milestone — becoming cheaper, by some measurements, than the equivalent costs of fossil feuls.

The University of Minnesota’s Energy Transition Lab published a report Tuesday at the end of a workshop with various stakeholders in Minnesota’s power sector. The report found that battery storage plants would be more cost effective than a comparative gas-fired “peaking” plant at meeting the state’s power capacity needs after 2022. While that might seem like a confusing or minor distinction, it’s a benchmark for a larger trend — battery storage is quickly approaching the point where it’s actually cheaper than building more natural gas power plants.

That’s a big claim, so here’s some caveats: the workshop’s findings are mostly centered around the costs and efficiency of power use during peak hours. Traditionally, this is a tricky situation for renewable energy sources, because while you can always burn gas, you can’t guarantee that the wind will be blowing strongly or the sun shining brightly at 6 p.m. when everyone gets home and turns on their TV set (in Britain, for example, utility companies have to flood the grid with power five minutes before halftime of major soccer matches, because so many people get up and turn on their electric kettles). In a natural gas system, this is done with “peaker” plants — smaller plants that can spin up quickly and provide a spike in power during peak demand. The renewable solution to this, of course, is batteries, but until now peaker plants were seen as the cheaper option.

It’s also worth noting that the workshop was specifically focused on the Minnesota’s power grid demands. South Australia, for example, relies on wind power for 30 percent of its energy demands, but when the wind doesn’t blow, gets hit with blackouts. To fix it, the state called Elon Musk, and is building the world’s largest battery, as well as a $272 million gas power station. The power cost efficiencies for different communities and places will change (solar farms in overcast Seattle won’t be as useful as Arizona), but Minnesota’s report is a clear sign: battery storage is catching up fast, and eventually, will likely be the cheapest thing on the market.

More like this
Innovation
Sep. 24, 2022
Audio deepfakes are a major threat — here’s how researchers expose them
By Logan Blue, Patrick Traynor and The Conversation
Innovation
Oct. 2, 2022
Want a better relationship with your dog? Neuroscientists say these 7 factors are key
By Tara Yarlagadda
Innovation
Sep. 29, 2022
Scientists have created a mechanical womb that can grow life in the lab
By Miriam Fauzia
Share: