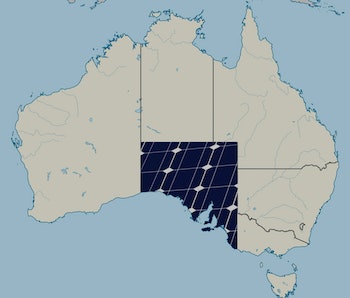 South Australia is going all in on battery storage. Just days after Tesla CEO Elon Musk claimed on Twitter that he could fix the state’s energy crisis, the Australian state announced plans on Tuesday to spend $113.3 million on battery storage facilities to harness the region’s wind power resources. South Australia is the largest user of renewable energy in Australia, but intense heat waves have led to increased energy demands and blackouts across the region when the state’s infrastructure ran out of juice.

The $113.3 million figure is just part of a $385 million plan to turn the crisis around. South Australia has made big strides in pushing towards renewable energy, reaching 33 percent of all energy consumption by 2013 and aiming for 50 percent by 2025. But a blackout last September caused havoc for local businesses, leaving some of them out of action for two weeks. The state is turning to batteries to store up wind energy to ensure lower production won’t lead to power cuts.

Alongside the battery budget, the state wants to build a $272 million gas power station to generate 250 megawatts of power. The batteries will store up to 100 megawatts of power, and the government is talking to a number of providers.

“We want as much local content as possible,” state premier Jay Weatherill said at a press conference. “We also need to put in the balance the reputational effect of attracting an international player of the size of Elon Musk to South Australia.”

It’s no secret Musk is a fan of renewables. He’s publicly outlined his vision for a renewable energy home of the future, and after the SolarCity and Tesla merger, his company is in a stronger position to make it happen. In November, he demonstrated a home powered by solar roof tiles, a Tesla Model 3 charged by the renewable energy, and a Powerwall 2 home battery storing up charge for when the sun’s not shining.

On Friday, Musk started speaking with Australian billionaire Mike Cannon-Brookes over Twitter about a solution. Musk claimed that he could get 100 megawatts of battery storage installed, at a price of $25 million, within 100 days. If he failed, he would provide the whole system free of charge.

The federal government’s environment and energy minister Josh Frydenberg told Reuters that the government could consider backing Musk’s plan, stating that it was prepared to work with “companies with serious proposals” to get more storage deployed.

But whether Tesla will provide the South Australian government with batteries is unclear. Australian battery firm Lyon Solar said on Monday that it could have the problems solved by next summer, with partner David Green claiming the company is “better placed than Tesla” to deliver battery storage in Australia — so until an official announcement comes out, we probably won’t know which company will get the job.