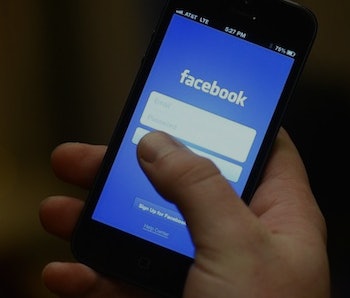 A few months ago we brought you the news that Harvard student and would-be Facebook intern Aran Khanna had created the Marauder’s Map, a Google Chrome extension that used Facebook Messenger metadata to track people based on where messages were sent, casting light on a huge privacy flaw in Facebook’s app. Download the extension and it was easier than ever for creepers who aren’t your friends to stalk you. Now it looks like Khanna’s little experiment cost him his internship at the social media giant.

The chain of events goes back to two days after Khanna posted the Chrome extension when Facebook asked him to disable it. Khanna complied. Then three days later Facbook contacted him again to unceremoniously rescind his internship. According to a case study for the Harvard Journal of Technology Science written by Khanna, he was canned because “the extension violated the Facebook user agreement by ‘scraping’ the site.”

Whether he violated their terms or not, Khanna’s extension did uncover a major problem with Facebook’s data sharing practices, and for his acute know-how in showing the ways it could be manipulated he was dumped. It looks like Mark Zuckerberg thinks he’s the only Harvard undergrad who can create new computer apps in his dorm room.

Khanna ended his study with a series of questions highlighting Facebook’s faults saying, “What does this say about privacy protection? Can we reasonably expect Facebook or others with an interest in collecting and sharing personal data, to be responsible guardians of privacy? Could this work have been done inside Facebook to understand how its users view the collection and sharing of their data?” Facebook has yet to answer the questions, and probably never will. You don’t make it to 10 thousand employees without cutting a few interns loose.

Created by Harvard student Aran Khanna, who will be interning at Facebook this summer and initially used to it track his friends, the map seems like it might be illegal, but definitely isn't. Available GPS data is simply being visualized.

Khanna says he created the app to show “the potentially invasive usage of the information you share," informing consumers about the nature of their decisions. Here's a different way of looking at it: Khanna accidentally created an open-source FourSquare competitor and posted it to Github.

While writing the code for the extension, Khanna found that Facebook Messenger metadata is able to track precise latitude and longitude coordinates within less than a meter of the person using the app. That's great news for social butterflies and bad news for anyone trying to lay low.

More like this
Innovation
7.30.2022 11:00 PM
Here’s exactly how tech companies and apps conspire to track you 24/7
By Peter Krapp and The Conversation
Innovation
8.11.2022 11:00 AM
“Quantum materials” could give the human brain a run for its money, scientists say
By Nathaniel Scharping
Innovation
14 hours ago
Scientists at CERN have discovered too many particles for physics to keep up
By Harry Cliff, Tim Gershon and The Conversation
Related Tags
Share: