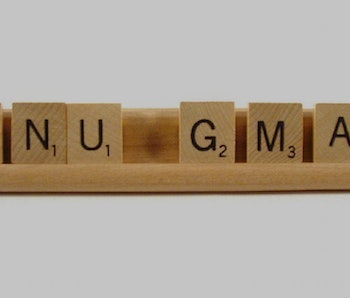 Scrabble updated its official word list Thursday, and the new offerings range from good to utter garbage to perplexing.

New introduction ‘emoji’ (14 points) is a word with real utility, as it describes an actual thing, e.g., 💩. ‘Lolz’ (13 points) and ‘wahh’ (10 points) play no such role, and were introduced only so players could LOL instead of wahh if they had extra Z’s and H’s staring them in the face.

Somewhat ambitious on the part of Hasbro is the inclusion of facetime (15 points), as in to use Apple’s video call service. Googling (11 points) was already included, which makes sense, but facetiming is nowhere near as popular in the lexicon.

No one ever thought podiumed (14 points) was a good idea, and its inclusion here will do nothing but send purist grammarians into a tizzy about the further verbening of English nouns.