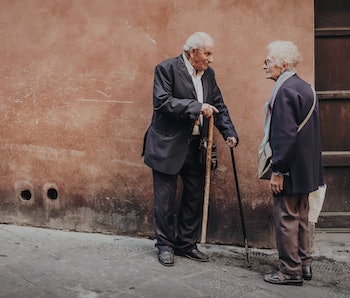 The quest for immortality is an oft repeated story throughout history, but it’s only in the past century that the movement has pivoted from the annals of religious escapades and spiritual endeavors, to the realms of scientific and technological research. But is it possible? A study published in Nature last October suggested no — humans beings, in the species’s current state, seem have maxed out at 115 years. Five separate research teams, however, are strongly contesting that notion.

Those groups’ new studies, published as a series in the new issue of Nature, together rebut the notion that there is even a finite age to the human body.

The 2016 study, led by molecular geneticist Jan Vijg from Albert Einstein College of Medicine, essentially analyzed global demographic data from the last century and appeared to illustrate that peak age in humans plateaued at 114.9 years. Vijg and his colleagues argued that this was most likely the natural age limit of human beings, and the probably of living past up to or over age 125 was less than 1 in 10,000.

Jim Vaupel, an expert in ageing at the Max Planck Institute for Demographic Research in Germany and one of the authors of the new papers, told The Guardian, “The evidence points towards no looming limit. At present the balance of the evidence suggests that if there is a limit it is above 120, perhaps much above – and perhaps there is not a limit at all.”

The new papers take on a multi-pronged approach to critique that conclusion, utilizing data in several different ways to portray more optimistic interpretations of human mortality limits. One paper, for example, presents a scenario where the data suggests the mortality is still steadily rising, and that by the year 2,300, the oldest person could be 150 years old.

A big complaint about the 2016 study is that it split the data into two time periods according to the year 1995, where it was the determined the plateau of human age began. The the trends calculated after 1995 showed a flat gradient that confirmed that hypothesis, which Siegfried Hekimi from McGill University in Montreal, one of the authors of the new papers, says is the wrong kind of statistical approach.

Vijg, for his part, has suggested in comments to The Guardian and The Scientist that maximum lifespan is a hard topic for many people to discuss. He defends his analytical methods as part of the variable way statistics can be conducted these days.

Perhaps Vijg’s best argument is one he hasn’t even made yet — that human lifespan perhaps needs to be finite*, and that evolution has ensured this limit. The longer individuals in a given species live, the more resources they take up to keep living — resources that cannot go to newborns and others who are of ripe reproductive age.

There many other quibbles with the 2016 paper the new studies dig into, but perhaps one of the biggest problems is simply the fact that longevity studies are based on a very small sample size. There aren’t a whole lot of people alive (or who have lived very lengthy lives) who can help demonstrate what a maximum age limit might be. Age studies are essentially limited by the fact that reaching a maximum age is extremely difficult — at least naturally.

Of course, there are plenty of rich people looking to change that. Hey there, Silicon Valley!

More like this
Science
6.26.2022 11:00 PM
The powerhouse of the cell has a more complicated origin than we thought
By Viviane Callier and Knowable Magazine
Science
4 hours ago
The greatest dinosaur sci-fi franchise ever reveals a problematic genetics debate
By Andrew Maynard and The Conversation
Science
6.21.2022 10:45 AM
Ancient stalagmites point to a massive drought that upturned 6th century Arabia
By Allison Parshall
Related Tags
Share: