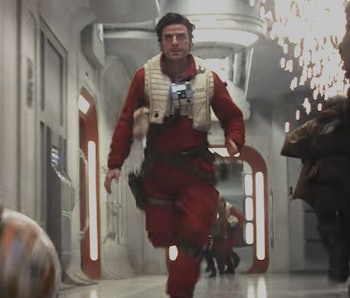 A disturbance in the Force has revealed that Star Wars fans, like burgeoning Jedi Knights, must learn patience when it comes to seeing new footage from The Last Jedi. According to numerous reports, there will be no new trailer at San Diego Comic-Con this month.

On Monday, numerous journalists, including Collider Editor Steven Weintraub, all reported that new Star Wars footage at D23 would be a behind-the-scenes reel, and there would be no new trailer for The Last Jedi shown at Comic-Con.

While this isn’t exactly shocking, so far, there seems to be fewer trailers overall for The Last Jedi than there were for The Force Awakens. Hopefully, this means the plot of the film is surprising and unexpected that even a little bit of footage would spoil too much of the movie. Imagine that: an entire Star Wars movie that is one huge, two-hour long spoiler!

In all likelihood, the lack of a Last Jedi presence at Comic-Con doesn’t necessarily mean a new trailer isn’t coming soon. After all, Star Wars Celebration wasn’t that long ago. And if behind-the-scenes footage is indeed screened at the Disney D23 conference on July 15, chances are the general public will get to see it pretty soon after that.