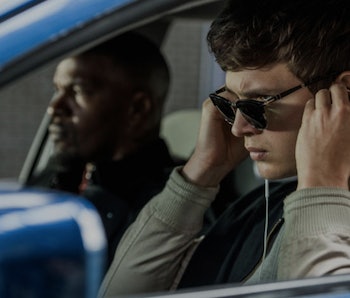 In Baby Driver, the titular character is a getaway driver savant who goes by Baby and blasts a spinning soundtrack of rock through iPod earbuds as he zooms around. He does it to overwhelm his tinnitus — a pathological perception of noise or ringing in his ears — which resulted from a childhood accident. As he drowns out his condition with music, his superb — albeit dangerous — driving doesn’t seem to suffer from his tunes.

Could the right song elevate anyone’s driving ability to Baby’s level? It depends on what research paper you’re taking advice from.

Studies on the effect music has on driving performance have shown mixed results, with some scientists arguing that the mental workload that music poses makes people drive terribly and others insisting that it helps concentration. Breaking down the studies shows that whether or not music helps drivers depends on who is driving, and what exactly they are listening to.

A 2013 study on young, novice drivers (baby drivers, if you will) in Accident Analysis and Prevention found that when the study participant drivers chose their own music, they had more fun driving and were in a better mood. However, when drivers listened to music they preferred, they also tended to have more severe driving violations and drive more aggressively. When each of the 85 young drivers completed six trips to the soundtrack of their own choosing, the study found that all participants committed at least three violations. These results changed when the participants were drove to music meant to moderately influence their “levels of perceptual complexity.” While they enjoyed driving less, they also drove less aggressively; in general, they were better behaved and drove more safely.

The effect specific types of songs have on driving has been demonstrated in other studies: A 2010 study in the Scandinavian Journal of Psychology found that the tempo of music can influence how fast people drive (faster songs resulted in faster and less accurate driving). However, some of its findings contradicted those of the Accident Analysis and Prevention paper: here, self-selected music actually increased engagement with driving, while unfamiliar songs were distracting.

This discrepancy may be explained by the Perceptual Load Theory, scientists from the British Psychological Society argued in a 2016 paper. Perceptual Load Theory is the idea that each person has a finite amount of attention they can give, and when that’s maxed out, they’re out of luck. Because people’s attention skills vary, the time it takes to distract them varies as well. This may also explain why the Accident Analysis and Prevention study found that teens were distracted by their own music, while a different Transportation Research Part F: Traffic Psychology and Behaviour study on experienced adult drivers found that music didn’t really have any effect on performance.

People’s perceptual loads vary, and music elicits a wide variety of emotions from different people, but music psychologist Warren Brodsky does claim to have found two songs that consistently create the same effect among drivers. People, he found, drive safely when they listen to Norah Jones’ “Come Away With Me” and unsafe with they tune on Richard Wagner’s “Ride of the Valkyries.”

Neither of those tracks seem to be in Baby Driver — but if they were, they probably wouldn’t have any effect on his driving skills. After all, there’s a reason why he’s the best driver in the business.