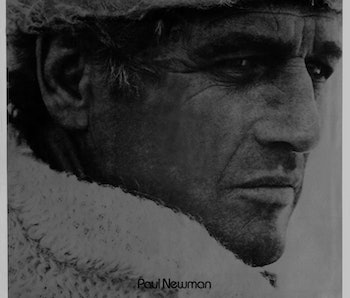 In 1970, Paul Newman put on a fur parka and trudged into theaters as Essex, the seal-hunting protagonist of Robert Altman’s apocalyptic Quintet. Newman, already frostbitten from Slap Shot, was an American hero is the middle of a new national nightmare. A micro climate trend had slightly refrigerated Earth since the end of WWII and Newsweek had, two years earlier, sold a lot of fur caps with an in-depth investigation of “The Cooling World.” With J.G. Ballard drowning and crystallizing the world in quick succession, cli-fi was very much in vogue with the general public far more concerned about ice than fire.

But fire, in the form of Mad Max, kicked ice’s ass at the box office. To understand why is to understand the way the apocalypse is up cycled into popular entertainment. What we fear is not necessarily what excites us.

The first thing to now about Quintet, which you presumably have not and will not see, is that it’s a very slow movie. Newman speaks slowly and spends a lot of time quietly wandering around the set, a chilled portion of the pavilion built for the 1967 Montreal Worlds Fair. Essex is a cypher who comes to the “Frozen City” with a beautiful, pregnant young woman to find his brother and, when his companion is blown up, mourns efficiently before beginning his investigation into the bomber. What he discovers is a sort of underground ring in which players compete to the death at a board game. This is all presided over by a referee best described as a poor man’s Gargamel.

What unfolds from there is quite a lot of vaseline-lensed intrigue as Essex takes revenge on the Quintet players, including Swedish actress Bibi Andersson (famous, rather appropriately, for her work on The Seventh Seal). Like Max Rocketansky, Essex lives and plays in a world without hope. Unlike Max Rocketansky, Essex himself doesn’t seem to have any hope. He is a post-apocalyptic George Smiley, an investigator capable of turning his own black-hearted cynicism into a weapon.

What made Mad Max work (and still does) is that Max, unlike Essex, is always in immediate peril and lives, nonetheless, by a strict code. Freezing to death is a gentle process compared to dying of thirst, but Max doesn’t hurt women and he doesn’t gratuitously hurt men. Monosyllabic Max believes - if his actions are any indication - that he can live in a compromised world without being compromised by it. This is, of course, ridiculous. In a world defined by diminished and diminishing resources, Max will eventually have to choose between immorality and suicide. His messianic approach to life and combat (witness: all things Beyond Thunderdome) is self aggrandizing and naive.

It’s also incredibly watchable because of its childishness. Max won’t go down without a fight and, because he’s awesome at finding bad dudes to fight, he gets to go around mumbling cold-hearted bon mots (“Any longer out on that road and I’m one of them”) while actually playing the hero. He really is mad and that’s what makes it work.