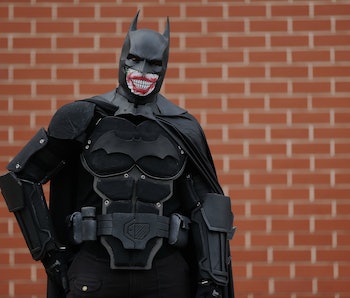 In the end, Comic-Con may be the worst thing happen to fans. No, there’s nothing wrong with fans gathering in a safe space to celebrate their favorite things. But the thunderous reception given to those franchises by a few thousand maniacally devoted fans can be intoxicating, and studios have become addicted. That’s given rise to a new era of movies engineered to maximize the reaction from that deceivingly small bubble, and too often these days, it less to terrible movies.

In the expertly reported follow-ups to the shock news that ace comedy filmmakers Chris Lord and Phil Miller had been fired from the Han Solo spinoff movie, news emerged that Lucasfilm chief Kathleen Kennedy and screenwriter Lawrence Kasdan were not at all happy with their work. Not necessarily because it wasn’t objectively good, but because it was different from the entrenched Star Wars style and tone. A quote from one insider to [The Hollywood Reporter](http://www.hollywoodreporter.com/heat-vision/star-wars-why-han-solo-movie-directors-were-fired-1015474) says it all: “It came down to differences in understanding the character of Han Solo.”

Miller and Lord, who made The Lego Movie, Lego Movie, Lego Movie, two 21 Jump Street movies and produce a lot of sitcoms, were too improvisational and loose, their work edgy and cheeky; Star Wars, it seems, now has strictly defined parameters, and is not open to interpretation. Never mind the fact that George Lucas initially intended his series of kids’ movies to be a sandbox for filmmakers, who could use the galaxy to try experiment and try out different styles. Now, Lucasfilm, which the founder sold to Disney in 2012, is a factory.

“Kathy, her team and Larry Kasdan have been doing it their way for a very long time. They know how the cheese is made and that’s how they want it made,” an [insider told Variety](http://variety.com/2017/film/news/star-wars-han-solo-kathleen-kennedy-director-fired-1202473919/). “It became a very polarizing set.”

Filmmakers are not happy:

In a sense, you can’t blame Kennedy for her decision. Star Wars is far more than a movie franchise, it’s a global business empire, and she needs to protect Disney’s massive investment. And right now, business is good: Fans and critics alike treat Star Wars like a holy text, examining its ever-growing scriptures and tithing endless sums on merchandise and collectibles.

Now, a caveat: who knows if these excuses are legit? Hollywood has proven adept at one thing, it’s dressing up cynical capitalistic wolves in progressive sheep’s clothing. Stars speak out for LGBT rights in America, but then rush over to promote movies in China and Russia, where queer people are persecuted and, more directly, movie scenes with even the slightest hint of homoeroticism are extracted. Hypocrisy is part and parcel of show business, so it’s hard to tell what counts as spin and what’s the honest truth.

Most likely, these movies were largely made to target foreign markets, not some imagined fanatics of David Hasselhof shows and Brendan Fraser nostalgia (and hey, The Mummy did kill it overseas).