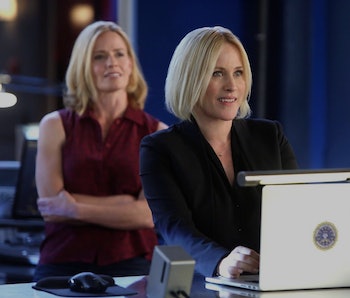 Duncan Robson has already stitched together supercuts of tumbleweeds and British exclamations of "arse!" Now he's digging into the well worn trope of characters huddled around a computer monitor, wiping away static and scrubbing pixels until they reveal the clue that will break whatever case it is they're working on wide open.

To be fair, Robson first put together a "Let's Enhance" supercut back in 2009, but he created this HD version for exhibition at the Museum of the Moving Image. I guess he thought the clip needed a…. second look?

While incredibly effective in CSI, in real life image enhancement is far from the case buster it's made out to be. How To Geek has a good rundown of all the reasons it doesn't work, from lack of information available in the image itself to the light cameras can record. It's well worth a read while planning your next daring heist.

More like this
Science
16 hours ago
Why ChatGPT Could Usher in a New Era of Scientific Discovery
By Brian Lucey, Michael Dowling and The Conversation
Gaming
Jan. 25, 2023
"Mindboggling" Launcher layoffs prompt outcry and tributes to WaPo gaming vertical
By Jess Reyes
Culture
Jan. 29, 2023
Lazy people swear by these 50 extremely helpful, low-effort products
By Cristina Sanza
LEARN SOMETHING NEW EVERY DAY.
Related Tags
Share: