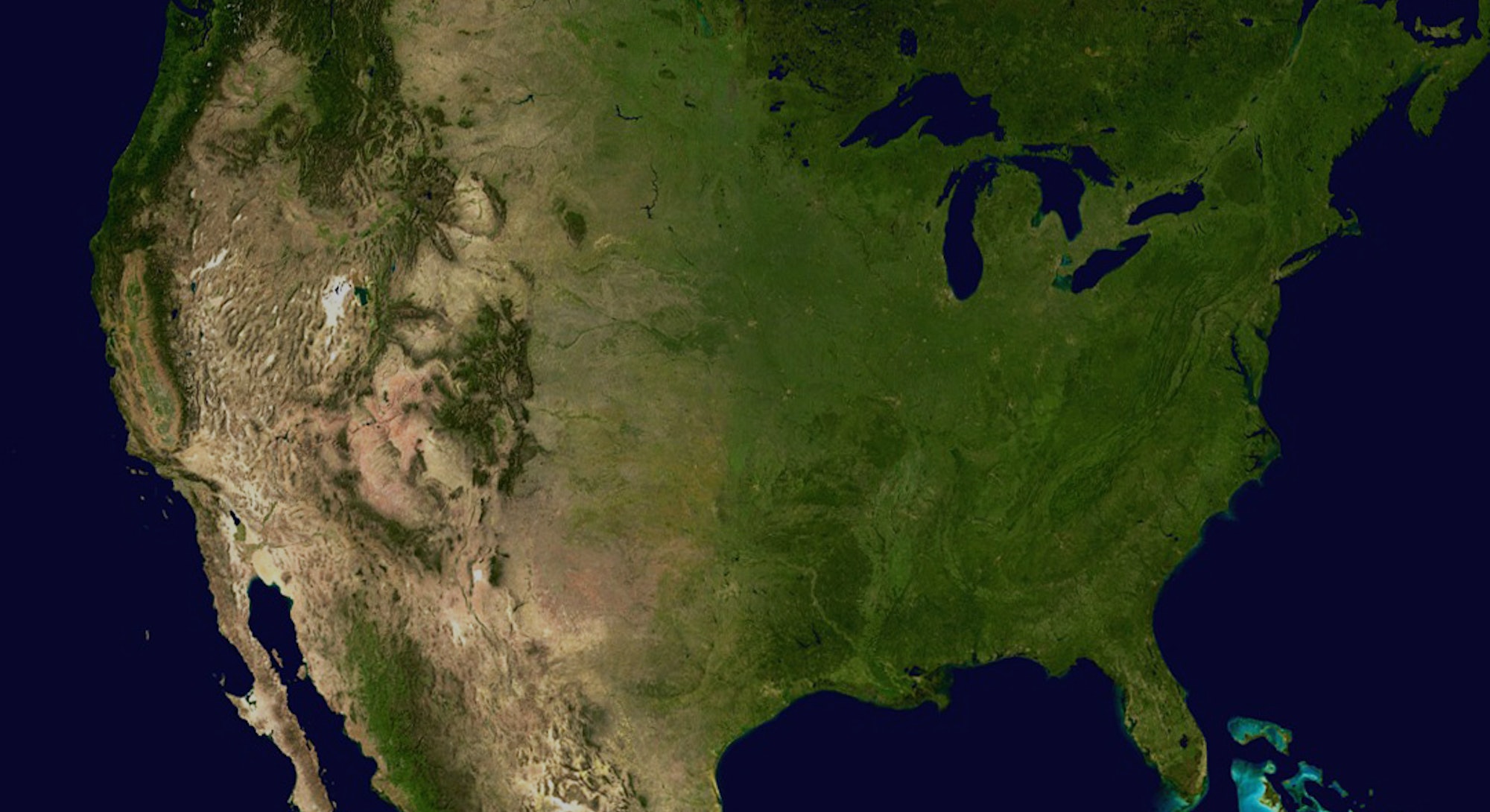 President Donald Trump on June 1 took the dramatic step of removing the U.S. from the Paris climate agreement – the product of many years of diligent and difficult negotiation among 175 nations around the world. Recent polls reveal that six in 10 Americans oppose Trump’s move. However, a significant portion of climate skeptics remain – especially among Trump’s base and the Republican politicians who cheered this move.

The unfortunate truth is that environmentalists and their allies have failed to ignite widespread [passion around climate change(https://www.inverse.com/article/25005-climate-change-arctic-ice-alaska-shoreline-extinction-white-rhino-2017). And now they are faced with an administration stridently opposed to environmental regulation, slashing the EPA’s budget drastically and reversing President Obama’s climate change initiatives.

As a philosopher, interested in the nature of knowledge and persuasion, I have long wondered why climate change is such a hard sell in the U.S. Is there something about it that makes it liable to doubt, skepticism or inaction?

Among industrialized democracies, the U.S. has long been an outlier on climate change, hosting a higher proportion of climate change deniers. No one would say, however, that America is a nation of cave dwellers, who suspect science and eschew technology in favor of some bare-bones premodern existence.

I would argue there is some hypocrisy afoot.

Millions of Americans who happily doubt the scientific consensus behind climate change then avail themselves of the fruits of science, which are, one might argue, worthy of suspicion or doubt.

Many people happily gamble with pharmaceuticals, for example, which may offer the most trivial of benefits, while they disregard or ignore alarming side effects. If a person’s life is on the line, he or she will eagerly accept and experiment with the strangest theory or cure, even if it offers only modest success.

But these same people may not as easily believe the facts on climate change.

Why are so many unwilling to make sacrifices for the climate – even on the chance that human geography and life on Earth will be profoundly changed?

Many say that selfishness is at fault. We are simply unwilling to make the requisite sacrifices that climate change action implies, such as curtailing individual energy use. But I suspect there is something else also going on.

Climate is a special object of knowledge – unlike any other. It is always changing; it is immense, elusive and in its most accessible form to all of us – the weather – subjective and variable. Climate change is a form of pollution that is tricky to rally around, because it is impossible to pinpoint or identify neatly and succinctly. What’s more, climate seems variable among people’s perception; what is warm to me may be cool to you.

Other forms of pollution or environmental degradation have proven easier calls to action, because they had very visible, tangible implications. Consider, for example, the Cuyahoga River fire in 1969 – when, because of abysmal water pollution, this river in Cleveland literally caught on fire – and galvanized action that helped create the Clean Water Act. Or the decline of bald eagles – the nation’s symbol – due to the use of the pesticide DDT, which, when it entered the food cycle, caused birds to lay weak eggs and kill their young. These disasters were easy to recognize and rallied support behind environmental action.

Does It Seem Less Urgent?

By contrast, greenhouse gases are invisible and climate change is gradual – at least for human perception. Everything looks fine, so perhaps people feel less urgency to act.

In Maryland, for example, the primary environmental focus is the Chesapeake Bay. Last year it received a grade of “C” from scientists – which was the lowest it had received in over 20 years. The crab harvest is poor year on year, and the oyster harvest is minuscule compared to the past, because of constant and growing pollution from suburban sprawl on the Western Shore, and intensive chicken farming on the Eastern Shore.

But the bay looks fine: When suburbanites pour over the bay bridge on the way to Ocean City each summer, the water glistens in the sunshine, boats stream back and forth, cattails drift in the waves and kids splash on its beaches. And there’s this, as expressed by National Geographic in a piece on the Chesapeake Bay in 2005:

Chesapeake style crab dishes are still on local menus, but many are full of imported Asian crabmeat. Plump fried oysters…are widely available, too – but they are trucked in from Louisiana and Texas for the most part.

The article went on to express concern that a seafood culture could prosper without local supplies. It implied, as it said, “less urgency to make the bay healthy.”

I would draw the same conclusion on climate change: Everything looks and feels fine, for the most part; few people connect extreme weather events with the larger global changes. And the more dramatic or obvious effects of climate change, well, they are not felt here – yet. As a result, there is little urgency behind this nebulous environmental threat.

Does It Appear to Be Futile?

What’s more, it is possible climate change seems utterly fantastical – and unrealistic – to many people, believers and doubters alike.

We are told seas may (or will) rise by several feet; entire cities and nations may (or will) disappear, including much of the coastline of Florida. Climate change could render vast portions of the planet uninhabitable and spark widespread wars between suffering populations. Indeed, five tiny Pacific islands have already disappeared due to global warming, and other island nations are bracing for disaster as thousands flee extreme weather events. Many experts argue that the brutal civil war in Syria was spawned by global warming-induced famine.

But, even then, to some, it may sound like the stuff of science fiction – apocalyptic visions such as Hollywood has been doling out for years. Indeed, it has given rise to a whole new genre of science fiction: “Cli-Fi,” or Climate Fiction.

It is easy for those of us who do not directly see the impact of climate change to doubt the pronunciations of climate change activists, especially when they are so dramatic and dire. We do know that many conservatives scoff at statements like that of climatologist Michael Mann, who declared that “The cost of replacing Earth is infinite.” Indeed, it is hard to believe claims like this when the sun is shining, the flowers are in bloom and birds are up to their usual business.

Alternately, these apocalyptic scenarios make any response just seem futile. In the face of such devastation, climate change action is inconsequential – especially when scientists tell us we may be too late. And if we would do anything, we must first negotiate the immensely tricky cooperation between all the nations of the Earth – the largest and most complex global cooperation humanity has ever attempted.

Learning From the Past

I suspect that because of all these hurdles, climate change is not liable to be solved by democracies. Autocracies might do better – like China, for example. Given the severity of its current air pollution – a veritable “airpocalypse” – China’s government does not need to be prodded or persuaded to act; the necessity is obvious, and urgent. And China has the ability to take dramatic measures on climate change and act quickly – just what scientists are calling for – dragging the people with them. This is, after all, the nation that lifted half a billion people into the middle class in a single generation.

But what about the U.S.?

In our democracy, I believe, if there is one thing that can be pressed upon the public to sway them with respect to climate change, it is how the U.S. has tackled immense environmental and geopolitical threats in the past, not entirely unlike climate change.

For example, the U.S. spearheaded the response to the ozone layer hole in the 1990s. When it was learned that chlorofluorocarbons (CFCs) emitted by air conditioning and refrigerants were creating a massive hole in the ozone layer over Antarctica, exposing the Earth to dangerously high levels of UV rays, President George H. W. Bush led the way on a moratorium of CFCs that solved a dangerous problem in short order.

And of course, the U.S. overcame and resolved the nuclear standoff with the Soviet Union, which endured for 40 years. That threat, like climate change, offered the possibility of mutual destruction – only quickly. We successfully faced up to that threat, and diminished the world’s nuclear arsenal, effectively ruling out the threat of global nuclear war.

Of course, we might put some hope in the caprice of the democratic public itself. Only a decade ago, a majority of American voters accepted the threat of climate change, and were prepared to take action. Opinion polls quickly changed.

Who’s to say they cannot change back again given an extra warm winter? Or an extra scorching summer? Or a string of disastrous weather events? The only problem is, when such measures finally turn public opinion, climate scientists may well say it’s just too late.