A tall, foul-mouthed leprechaun, a dead wife, and a cab driver walk into a bar. Of all the changes Bryan Fuller and Michael Green’s American Gods adaptation has made to Neil Gaiman’s novel, the most delightful has been throwing Mad Sweeney, Laura Moon, and Salim together. In this exclusive clip from Starz, watch their journey continue in the seventh episode.

The three characters began their oddball road trip in the sixth episode, “A Murder of Gods”. Laura Moon (Emily Browning) wanted to follow her husband Shadow (Ricky Whittle), who is the “light of her life.” Mad Sweeney (Pablo Schreiber) wanted to follow Laura to get his fuckin’ coin back and reverse his bad luck. Meanwhile, armed with his new life and new identity, Salim (Omid Abtahi) wanted to find the Jinn. Together, they hit the road in Salim’s questionably sanitary yellow cab, each pursuing their disparate goals.

Their odyssey continues in the seventh episode, “A Prayer for Mad Sweeney.” And shockingly, it doesn’t look like they’re going to hold hands and sing “Kumbaya” together anytime soon.

In this exclusive clip, Laura and Mad Sweeney argue about whether to release Salim as they continue their trip to the House on the Rock. 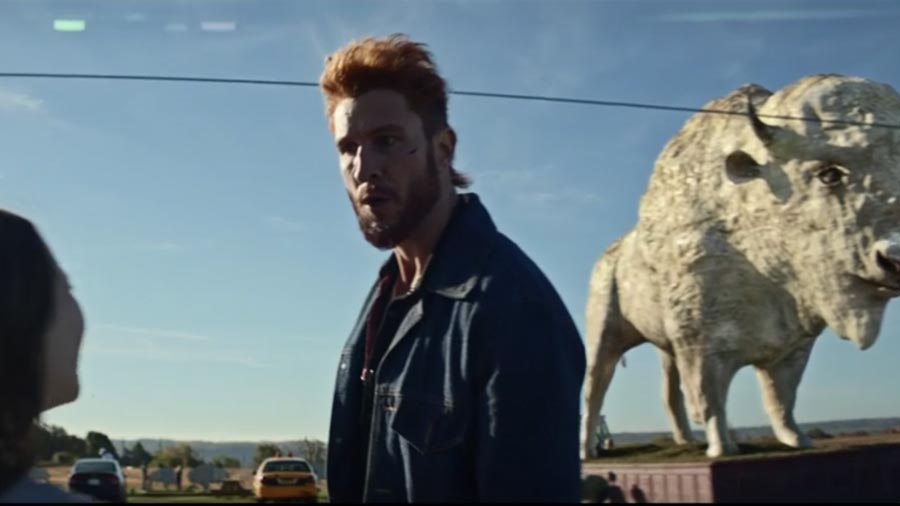 More like this
Entertainment
8.12.2022 11:00 AM
Neil Gaiman teases a Sandman prequel on Netflix. Here's what that means.
By Mónica Marie Zorrilla
Entertainment
8.4.2022 7:00 AM
The Sandman release date, time, plot, cast, and trailer for Netflix's dark fantasy series
By Jeff Spry
Culture
8.5.2022 10:30 AM
How Netflix's epic Sandman finale sets up Season 2
By Mónica Marie Zorrilla
Share: