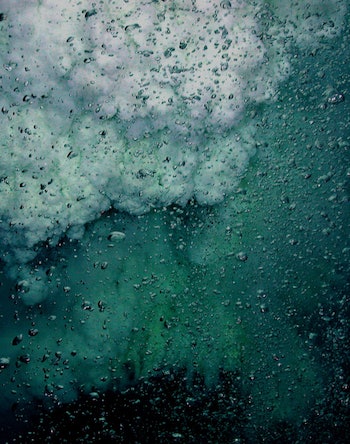 It’s World Oceans Day, and the oceans need our help more than ever. In 2016, Inverse made the case for giving ocean exploration the same attention we give space exploration. This is especially true as U.S. President Donald Trump threatens to dismantle NASA’s Earth science mission. The original article is published below.

Fifty years ago, John Steinbeck made an open plea in the pages of Popular Science magazine: Give ocean exploration the same attention and resources as space science. It was 1966 and the Space Race was on. In less than three years, Neil Armstrong would set foot on the moon. Steinbeck saw the huge, giant leap coming, but he also saw the ocean from his shorefront property in Sag Harbor, Long Island.

“I know enough about the sea to know how pitifully little we know about it. We have not, as a nation and a world, been alert to the absolute necessity of going back to the sea for our survival,” he wrote. “I do not think $21 billion, or a hundred of the same, is too high a price for a round-trip ticket to the moon. But it does seem unrealistic, unreasonable, romantic, and very human that we indulge in these passionate pyrotechnics when, under the seas, three-fifths of our own world and over three-fifths of our world’s treasure is unknown, undiscovered, and unclaimed.”

His point remains trenchant today, perhaps more so than over the last few decades. With a second space age ramping up, the government is sending spacecrafts past Pluto, landing them on comets, and occupying an increasing amount of cis-lunar space. Still, the very best maps of the deep ocean have an average resolution of three miles. That’s one data point, and then nothing, until another data point three miles away. To put that into perspective, our best map of Mars has a resolution of 330 feet.

While many federal government departments have some role in ocean science, not least of all NASA, there was no organization specifically dedicated to pushing our knowledge of the unexplored deep until 2001. Today, NOAA’s Office of Ocean Exploration and Research has an annual budget of less than $20 million. By comparison, the NASA Curiosity rover Mars mission alone cost $2.5 billion.

While Steinbeck was generous in his assessment of the value of space exploration, others have not been so kind. Take from NASA’s budget and give it to a new, beefed up NOAA, argues Amitai Etzioni in Issues in Science and Technology.

“The basic reason is that deep space — NASA’s favorite turf — is a distant, hostile, and barren place, the study of which yields few major discoveries, and an abundance of overhyped claims,” he writes. The oceans, he points out, have greater potential for solving real human problems, including climate change, and providing access to new sources of food, energy, and medicine.

Stephen Hawking, and others, speak of space colonization as the last hope for humanity, but it will be harder to survive in an environment that wasn’t responsible for a billion years of evolutionary pressure. How plausible is it that we would have the technology and capability to terraform a foreign planet to our specifications, but not to maintain our existence on Earth?

Steinbeck’s claim is also bold: When humans destroy the land, we will retreat to the oceans from whence we came long before we turn to deep space. But it’s not more outlandish.

The good news, for advocates of ocean exploration, is that a NASA-like organization for the seas might not be as crucial a requirement as it was 50 years ago. Just as private space flight has taken off over the past decade, so too are non-governmental bodies becoming more interested in the big blue. The Shell Ocean Discovery XPRIZE has offered $7 million to the team who can build an autonomous robot, that can map the seafloor in high resolution, while taking pictures of the environment and identifying archaeological, biological, and geological features.

The larger goal is to get a proper map of the ocean by 2030, including volcanoes, reefs, and an estimated three million shipwrecks. Using current technology, the mapping effort would cost $3 billion. That’s largely because current techniques involve the physical presence of a ship, which can cost tens of thousands of dollars to operate, even on days when the vessel is just traveling to and from the mapping location.

The XPRIZE will go to a robot that can be launched from air or shore, and travel autonomously through the deepest and farthest corners of the ocean, relaying back the data. It seems fantastical — until you remember what NASA’s Curiosity Mars rover has accomplished 35 million miles away from mission command.

XPRIZE recently announced that 32 teams from 22 countries have joined the competition. “The technologies that they are proposing are phenomenal, including drones that can go from air to sea, swarms of robots — it’s going to be very exciting,” Jyotika Virmani with XPRIZE tells Inverse.

And excitement is part of the point. The Cold War may have primed the Space Race between the United States and Russia, but we continue to invest in deep space exploration because it amazes us.

“One of the impacts is to inspire the public, to show people that we are essentially living on this undiscovered planet,” says Virmani. “It has aliens — it has creatures that can glow in the dark, and creatures that can conduct electricity and camouflage themselves.”

When Malaysia Airlines Flight 370 crashed into the ocean in 2014, the resulting search led to the discovery of two new seafloor volcanoes. “That’s just the tip of the iceberg,” she says. “There is a 3,600 square mile area of coral reef that was discovered and announced earlier this year. That’s the size of the country of Cyprus. There are so many things out there that we’ve yet to find.”

Virmani says she’d like to see funding for ocean exploration increase across private and public organizations, with coordination between the two, much like the emerging space industry. “We’re opening up a new era of ocean exploration.”

Space may be wondrous, but humans cannot live or breathe without oceans. That may apply on Mars as much as it does here on Earth.