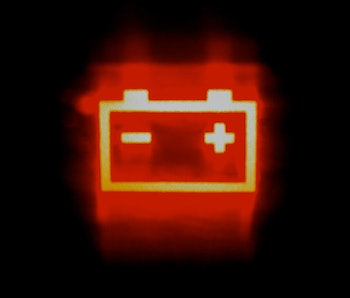 Researchers have designed a new type of battery prototype that might just stop battery explosions, enable the storage of much more energy per battery, and dramatically open up the electric car market.

Published this month in the American Chemical Society’s journal Nano by researchers from Rice University, the study claims to have made a viable “lithium metal battery” that brings power storage close to the theoretical maximum for the material. That could provide three times more real-world capacity than the lithium-ion batteries currently used in devices like phones, laptops, and electric cars.

They did it by attacking the core problem that caused Samsung’s Galaxy Note 7 to explode: the formation of lithium “dendrites” during the charging process. By using an all-new type of electrode based on the wonder-material graphene, they think they’ve tackled that problem.

The vast majority of all battery types in the world are just two metal electrodes separated by a liquid that’s laced with a bunch of electron-carrying metal ions (lithium, copper, whatever) that can go back and forth through it. That’s it. The ions pick up electrons at one electrode and then carry them through the liquid to the other, where they hold them until those electrons are siphoned off to give power to a device. The electron-free ions then diffuse back across the liquid to bind to the first electrode again, where they can pick up another electron when one is provided, usually because we’ve plugged in the device.

To be “charged” is to have all available electron-carrying ions bound to the charged-side electrode, ready and waiting to offload their cargo and go back for more.

So, the number of ions you can get bound to the electrodes is the thing that determines how much power a battery can store, and modern lithium-ion technologies have all but maxed out their method of storage. To keep packing in more power, engineers have to either move away from lithium as the electron-carrying ion, or find a whole new way of packing more lithium into the same amount of space.

For a long time, scientists have believed that packing lithium into a coating of solid metal (“plating” the electrode with lithium) would be the most efficient way to pack it, but the plating process has always led to the growth of unwanted structures on top of the desired coating, in particular long fingers of metal called “dendrites.” If these dendrites grow long enough to bridge the gap between electrodes and touch, they cause a short circuit that can even catch the battery on fire, as with the Galaxy Note 7.

This team’s attempt to solve the dendrite problem is its new electrode, which is made out of a sheet of graphene with a “nanotube forest” of carbon nanotubes attached and sticking out into the electrolyte. These “atomically thin” materials provide an insane amount of surface area for lithium to bind, actually approaching the theoretical maximum. Past this density of nanotubes, the electrode would be so tightly packed that it would actually have less room available for lithium to bind.

The bigger achievement is what they can do with this surface area: build up a coating of lithium metal that is totally free of dendrites. Though the team itself doesn’t quite know why the graphene-carbon-nanotube hybrid electrode has this amazing property, so far as they can tell in testing, it does.

Right now, the team has only built a battery with its electrode at one end, but a full-fledged version is on the way. Looking at the capacity of just the single electrode they have tested, the researchers project they could realistically create a battery with a capacity of 3,350 milliamp-hours per gram, or about three times as much as commercial lithium ion techs.

So, assuming that their findings about the lack of dendrite formation hold up, the big question is whether these nanotube forests can be mass produced at a remotely workable price.

That’s especially true in electric cars, where the batteries already comprise a huge proportion of the overall cost, and where “range anxiety” still dominates much of the conversation. Try getting range anxiety in a Tesla that can run over 600 miles to a charge.