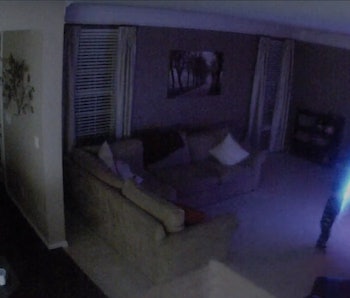 As the Nest security camera, a mountable, internet-connected camera system that allows owners to watch what’s going on in their homes or backyards from anywhere, has been installed in more and more households, it’s proven to be useful for more than just its advertised security function.

Nest, thanks to its always-on feature, has also been picking up a slew of antics, accidents, and tomfoolery occurring in living rooms across America. The scene these cameras have captured are funny, cringeworthy, satisfying, and adorable. Many of them now adorn the company’s channel on YouTube, proof that Nest is well aware of the many unintended benefits of his project. They even awarded some mock-Oscar awards (the Nesties) to some of the most standout performances.

Here’s hoping the Nesties make an even bigger return in 2018, and here are 15 of the best visual gifts Nest cameras have left us with so far.

13. Best Fight in the Whole Series

11. Those Polished Floors Are Dangerous

8. Delivered Right to Your Door. Literally

Advocates and practitioners of digital privacy may still be reasonably wary of installing a wifi-capable recording device like the Nest camera in their home. But for those who are less concerned or are more willing to take that risk, there is ample evidence that you may be rewarded in some unexpected ways.

More like this
Gear
Jan. 27, 2023
How to lock down your iCloud with Apple's Advanced Data Protection
By Alyson Velati
Entertainment
Jan. 27, 2023
Onyx the Fortuitous and the Talisman of Souls is a cringe comedy as overlong as its title
By Andy Crump
Gear
Feb. 1, 2023
Samsung's Galaxy S23 Ultra is Gunning for the Smartphone Camera Crown
By James Pero
LEARN SOMETHING NEW EVERY DAY.
Share: