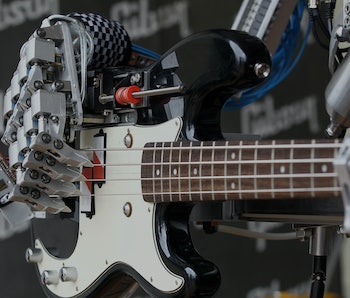 For a long time now, streaming music services have been pretty much solely differentiated by their libraries of available music, but each service’s identity could soon be far more dependent on its choice of music-curating artificial intelligence. Yesterday, Spotify announced that it will acquire the machine learning startup Niland, and by betting on that particular approach to a common problem, it has begun to establish itself as increasingly distinct from competitors like Apple Music, Amazon Music Unlimited, and Pandora.

The Niland approach is to focus on the music itself, using advanced machine learning technology to directly break down the audio of any song and understand it well enough to do things like instrument detection (“This is a guitar-centered song”) and genre categorization. It actually scores each song along thousands of potential metrics, and eventually combines these scores to create a single “location” within a virtual, 1000-dimentional space. The closer any two songs end up to one another within this space, the more musically similar they should be.

Niland is also very focused on its API, or “application programming interface,” which is used by third-party developers to interact with Niland’s code. By acquiring such a developer-friendly A.I. solution, Spotify could stimulate the creation of unique services atop its platform — something that’s basically impossible to imagine from a more closed company like Apple.

In the past, Spotify and others have focused on so-called “collaborative filtering,” in which an A.I. learns associations by watching user preferences toward certain groups of songs and artists. Amazon is betting its Unlimited service on its Alexa assistant A.I.’s ability to do just that. A service can generate these associations itself, like Pandora with its direct thumbs-up/thumbs-down feedback system, or they can come from more active searches of publicly available information in places like personal blogs.

Historically, Pandora has even made use of human musical experts to help flesh out the musical metadata for each track, making it probably the most unique approach of the bunch, though the company’s ongoing financial troubles might indicate that’s not a winning business model.

If it ends up being successful when applied to the Spotify library, the Niland approach to suggesting new music through pure machine understanding of the audio has at least the capacity to find cool new suggestions nobody had ever considered before. At the same time, its machine naivete might struggle to find simple, elegant associations that come easily to Pandora’s human “musicology” experts.

These are the sorts of idiosyncrasies that could finally give music fans an intriguing new reason to choose one streaming service over another.

A.I. could soon define not only how we interact with music, particularly with respect to voice controls on systems like Amazon Echo and Google Home, but also how our musical tastes evolve. It could allow these companies to build user loyalty that extends beyond fleeting contracts with record companies, and become a more integral part of the development of a user’s overall musical identity. It’s easy to imagine a day very soon when users might choose to stick with a service purely because they remember long nights of artistic exploration alongside its signature A.I.