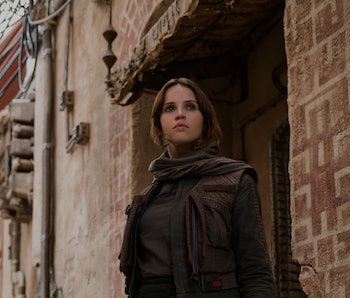 The days of assuming that Star Wars fans are primarily dudes are receding over the horizon as fast as the Millennium Falcon. A new documentary spotlighting female fans, called Looking for Leia, is coming out of hyperspace very soon.

On Thursday, The Verge interviewed filmmaker Annalise Ophelian. Her forthcoming documentary will focus on the women who grew up with the franchise and navigated sexism and marginalization within the larger Star Wars fan community. According to Ophelian, she was motivated after attending a Star Wars celebration in 2015, where she met other passionate female fans. Following that experience, she decided to take a road trip to interview various fans. She intended to culminate with Carrie Fisher, but her tragic death impeded that plan. But, Ophelian is persisting.

Because this project is particularly interested in how the experience of marginalization influences our methods of resilience, we’re highlighting the voices of women of color, immigrant women, Muslim women, queer and trans women, youth and elders, disabled women, poor women, Deaf women, and women who live at the intersections of one or more these experiences. We want to talk to women who work in STEM, women in the 501st, teachers, podcasters, authors, bloggers, cosplayers, artists, community leaders, multi-generational fans, rebels, scoundrels, bounty hunters… you get the idea.

The documentary does not yet have an official release date, but Ophelian has stated her intent for a 2018 release.