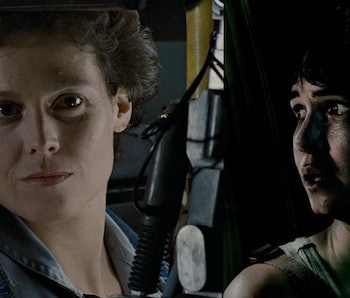 Early reactions to Alien: Covenant will scare you — but that’s a good thing. Those that saw the film’s world premiere in London last night are largely praising the franchise’s return to its horror roots.

Early reactions are out for the latest prequel-sequel to Ridley Scott’s beloved Alien, and despite mixed reactions to the previous film in the franchise, Prometheus, fans are delightfully frightened by what happens to the crew of the Covenant.

Whereas many of the previous films, Prometheus included, shifted closer to the realm of sci-fi action thriller, Covenant thrives with the mystery, tension, gore, and sheer horror that made the original such an instant classic.

Fans are appreciating the cerebral nature of the movie’s horror and its ability to build dramatic tension while not delving too far into exposition and obsessive world-building. Embargoes be damned, a number of fortunate viewers took to Twitter to offer up their enthusiasm.

Paul Shirey, editor-in-chief of JoBlo, calls it a “nightmarish continuation of the franchise.”

He also calls it a “staggering picture of madness.”

A lot of viewers drew the inevitable comparison between Prometheus and Covenant.

The comparison was a popular one, as was mentioned the “roots” of the series.

With others noting the “classic touches.”

Covenant remembers what made Alien Alien.

Alien: Covenant lands in theaters on May 19.