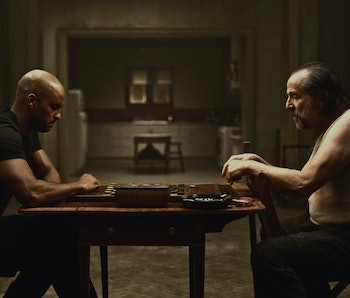 Shadow Moon had terrible luck in the first episode of American Gods — and it isn’t changing any time soon, because in a new clip from the second episode, if he loses a game of checkers, his brains will be bashed in by a grumpy Slavic god.

In Neil Gaiman’s American Gods, mythological deities have lost most of their powers once they immigrate to America, and their believers forsake them for other forms of worship. As a result, the con man Wednesday is recruiting them for a mysterious venture.

His new bodyguard and assistant Shadow is by his side, traveling to meet these colorful characters — not quite understanding who they are or what’s going on. The second episode of Bryan Fuller and Michael Green’s television adaptation will introduce Shadow to the Slavic god of darkness, Czernobog, and his dysfunctional family.

Played by Peter Stormare, Czernobog is bloodthirsty, to put it mildly. Just as the opening of the first episode shows how Odin is appeased by war, Czernobog thrives on misfortune, disaster, and lots of brain-bashing. And if Shadow loses their high-stakes game of checkers in the second episode, Czernobog gets to bash his in.

Check out the clip below: 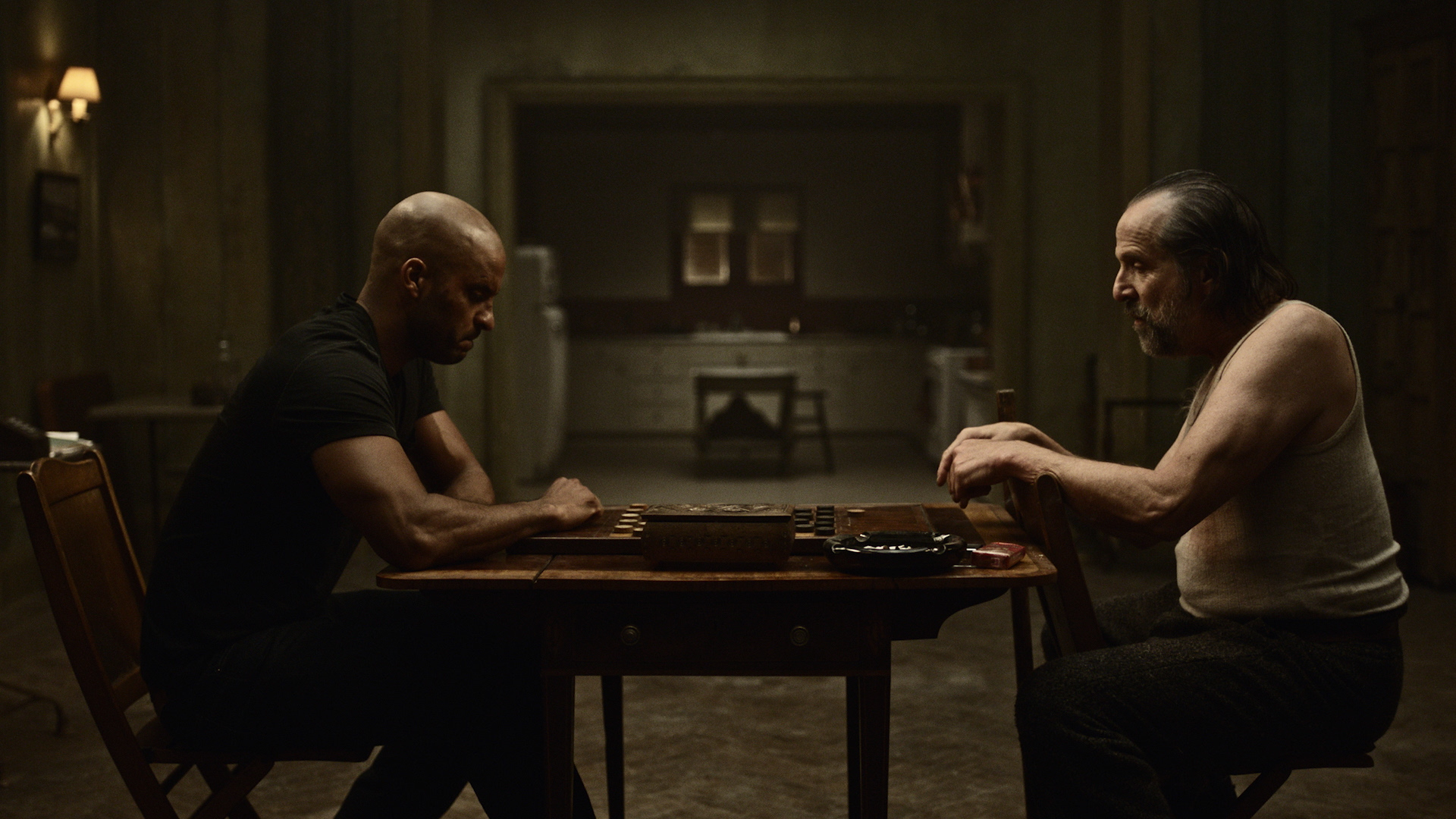