Neil Gaiman’s American Gods mixes the divine with the mundane — and nothing mixes it more than watching a dysfunctional family of evil gods cook dinner.

In Starz’s glossy adaptation of Neil Gaiman’s American Gods, gods are hustlers and con men who live among ordinary mortals. They brush elbows with them on airplanes, provoke them into bar fights, go on awkward Tinder dates with them — and in a new clip from the second episode, evil gods cook and form dysfunctional families.

Just as the first episode of the Bryan Fuller and Michael Green series introduced Nordic, Ethiopian, and Irish gods, the second episode will introduce Ricky Whittle’s taciturn ex-con Shadow to a series of evil Slavic gods. “Evil” is a technical term, because Czernobog (played by Peter Stormare) is the Slavic “black god” of evil. Cloris Leachman plays Zorya Vechernyaya, a Slavic goddess who is the “evening star.” Her two sisters Zorya Utrennyaya and Zorya Polunochnaya are the morning star and the midnight star. Together, these gods have formed a dysfunctional family in a cramped Chicago apartment.

In American Gods, Shadow’s new employer Wednesday takes him on a road trip filled with colorful characters and surreal events. In the first episode, Shadow reluctantly accepted Wednesday’s job offer, drinking mead to seal their deal. The episode ended when he had a violent run-in with Technical Boy, one of Wednesday’s enemies. Zorya Vechernyaya might be a formidable Slavic god, but she’s receiving Shadow with a hell of a better welcome. Watch the clip below. 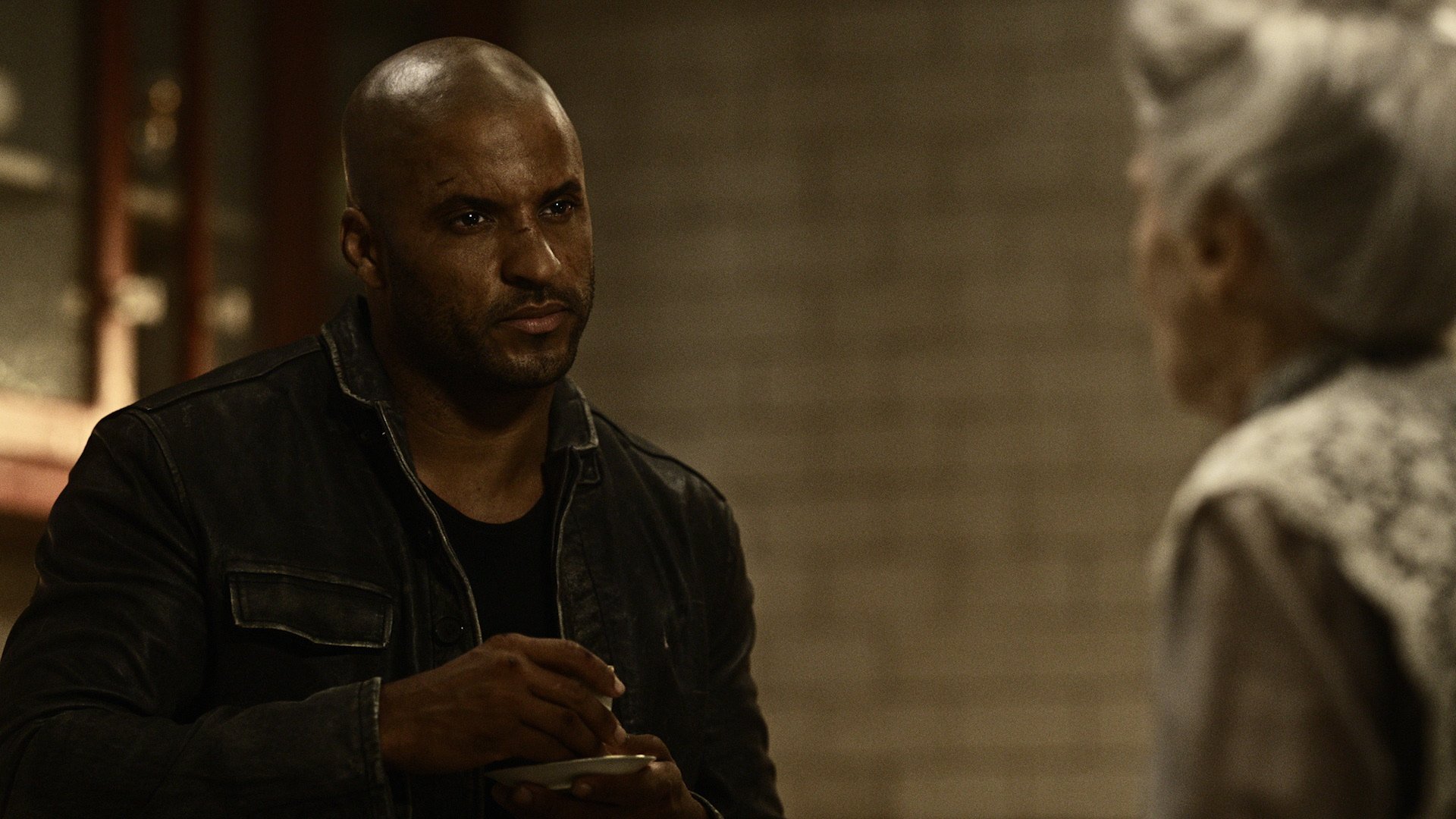