There are no canonically queer characters in the Marvel Cinematic Universe. But James Gunn, the director of Guardians of the Galaxy Vol. 2, inadvertently dived into some hot water by saying they’re probably there, we just can’t see them. That’s a problem. Here’s why.

He went on to add that “we just don’t know who they are yet,” which… kind of just prompts a big ol’ sigh. C’mon, man. Aren’t we past this yet?

The Marvel Cinematic Universe, a sweeping, billion-dollar franchise with worldwide renown and enough A-list stars in its ranks to round out an Oscars ballot, has, at this moment in time, 14 movies to its name. Gunn’s Guardians of the Galaxy Vol. 2 will be the 15th in the franchise and his second contribution after 2014’s original Guardians. Basically, this franchise has been sweeping up now for almost 10 years. Invisible queer representation is not enough in the year 2017. 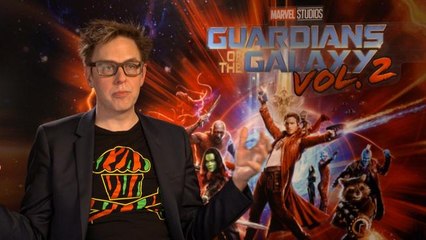 No matter how much the MCU fandom may wish it, no matter how much fanfiction they write or cute fan art they post to Tumblr, it will not change the fact that, up until this point, there have not been any queer characters in the MCU.

Yes, the movies’ 2-hour time restraints and enormous casts make it difficult to flesh out everyone’s backstories (this is easily one of the largest complaints of the fandom), but that doesn’t stop romances between men and women from being introduced. And because people in society are automatically assumed to be straight until proven otherwise, until they say something about it, then most of the world is going to automatically assume that the characters in the MCU are straight.

Bruce Banner and Natasha Romanoff still had an unprecedented romantic subplot in Avengers: Age of Ultron, and the kiss Steve Rogers and Sharon Carter shared in Captain America: Civil War was met with wide-ranging discomfort. These forced romantic subplots aren’t necessary. There’s a pretty good case to be made that most of the Marvel movies would probably be better without them altogether. But, if Marvel is going to insist upon romantic side-stories, then A.) make them more believable, and B.) try a little diversity once in a while.

If you ask a very large chunk of MCU fans online, Steve Rogers is bisexual, Tony Stark is pansexual, Natasha Romanoff exists somewhere on the asexual spectrum… The list goes on and on. But fanon (fan canon) is nowhere near enough. Fans can wish to see parts of themselves in their favorite on-screen characters as much as they want, but just because they write 20,000-word stories online about Steve Rogers and Bucky Barnes’s love for each other doesn’t mean it’s absolutely, without-a-doubt depicted on-screen for them. It’s merely wishful thinking.

And Gunn’s one-off comment about queer representation in the MCU isn’t helping matters. It’s verging on queerbaiting, the practice of leading fans to think there might be a chance for queer representation but then never following through. Steve and Bucky might stare longingly at each other, and Steve might get choked up about his life-long friend, who he’s with “‘til the end of the line,” but it means nothing if nothing is ever said in-universe.

This really all boils down to Gunn being tone-deaf and seemingly unknowledgeable. And it’s not all his fault. He might very well think there are queer characters in the MCU, but he’s not the one calling the shots. Let’s just hope that at least one of Infinity War’s 67 characters is queer.