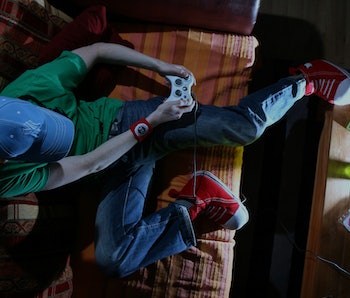 A study published Wednesday by Canadian researchers examined a relationship between video gamers and visual learning strategies. The essential finding was that gamers are more efficient at navigating a virtual maze compared with non-gamers. To sex the finding up — that gamers use N-2-posterior-controlateral brain waves differently than non-gamers is cool, we guess, but not earth-shattering — the press release made overtures to an Alzheimer's link. Media publications scooped up the alarmist ball, ran with it, spiked it, then set it on fire in the endzone.

Take The Telegraph, which sniped for the head with “Call of Duty increases risk of Alzheimer’s disease.” (The Telegraph coverage is emblematic of other publications’ sins. There were plenty more.) The Telegraph describes the results of the study, which compared 26 action gamers to 33 non-gamers, thusly: “Scientists say players navigate the screen using a key area of the brain called the caudate nucleus, which leads to loss of grey matter in the hippocampus.”

But the scientists didn’t actually measure which bits of the brain the gamers were using — the researchers inferred it from the observed behaviors and brain waves. There’s evidence for the following, but no research has looked at it directly: the gamers’ brain function might rely on the caudate nucleus reward-center, which might lead to grey matter loss, which might, one day, contribute to Alzheimer’s. (Chris Chambers, a professor of neuroscience at Cardiff University, sums up the problems with the study’s coverage neatly at The Guardian.) Until someone takes an epidemiological view of video games and Alzheimer’s, these mights shouldn’t be taken as right. In the meantime, press releases should feel free to pump the breaks on fearmongering.

More like this
Gaming
Jan. 25, 2023
5 years ago, the most heartfelt indie platformer changed video games forever
By Willa Rowe
Gaming
Jan. 19, 2023
Eight major trends that will shape the games industry in 2023
By Robin Bea
Gaming
22 hours ago
Fire Emblem Awakening Is the Most Important 3DS Game Ever
By Hayes Madsen
LEARN SOMETHING NEW EVERY DAY.
Related Tags
Share: