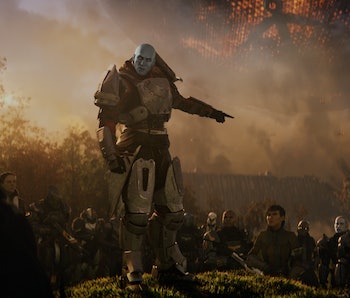 When Destiny came out back in September 2014, players were buzzing with excitement about Bungie’s first original project since Halo launched on the original Xbox. The overwhelming levels of hype that had built up caused the game to be met with a collection of mixed opinions upon release. Many players praised the core gameplay loop at the heart of Destiny, while just as many players pointed out the flaws in the game’s campaign and lack of mission variety. Since then, Bungie has made numerous improvements to the game with additional expansions and large patches, but they ultimately ditched Destiny and everything that came along with it in favor of a fresh start with Destiny 2, which comes out later this year.

While Bungie has yet to reveal any gameplay from Destiny 2, the community is filled with optimism about the next installment in the franchise, hoping for many improvements to be made this time around. So, with Destiny 2 on the horizon, we felt it was a good time to lay out what we’d like to see in Bungie’s next science fiction epic.

When Destiny began, players went up against four major enemy factions: Fallen, Hive, Cabal, and Vex. Each featured its own set of units and tactics to counter. The goal was to learn combat tactics for facing each faction’s soldiers, whether it meant dealing with the large metal shields of the Cabal from above or avoiding the toxic clouds cast by the wizards of the Hive. Across the board, these enemy mechanics felt trivialized the further you progressed into Destiny because Bungie would often add additional damage to an enemy’s base abilities instead of evolving them with new tools to use against you in combat.

It wasn’t until The Taken King expansion that players had a chance to go up against something truly novel with the Taken, which were designed to combat players with a drastically different set of abilities than their four previous. Not only did the introduction of the Taken provide a much-needed sense of variety amount Destiny’s combatants, but it gave players a refreshing sense of enemy design which came a little too late for many — one which we’re hoping is continuously going to be part of Destiny 2’s major enemy factions.

While the missions of Destiny were a huge step in a player’s journey to max level, end-game content was the major focus for those seeking to obtain the best gear available. Destiny’s end-game involved weekly challenges, strikes, and raids; all of which offered players a chance at earning some of the best gear for their characters with each successful run. Instead of including challenging bosses in strikes like they did raids, Bungie often relied on simple boss encounters with large health pools and waves of lackeys to distract you. Compared to Destiny’s raids, strikes were often a boring slog for players. In Destiny 2, it would be great to see strike bosses with more challenging mechanics like those found in raids, giving players something to work towards mastering instead of simply shooting and killing their way to every victory.

One of the main issues behind Destiny was a severe disregard for telling the story at the heart of the game’s main missions, which were often filled with too much sci-fi terminology and not enough explanation. Essentially, Destiny kept players in the dark when it came to why they were fighting, instead turning the focus towards epic loot instead. Since Bungie didn’t put much effort into explaining Destiny’s various characters, factions, and legends within the greater universe, many found it extremely difficult to connect with or care about virtually anything the game presented.

Some found this connection within the game’s Grimoire, which offered small glimpses into each of the elements that made up Destiny’s vast universe by way of achievements and hunting down secrets. While well-written and occasionally intriguing, these cards weren’t available to players in-game, thus preventing hundreds from ever accessing the lore and incorporating it into the game’s narrative. In Destiny 2, we’d like to see a more cohesive story filled with information that brings these cards into the game’s narrative directly.

In Destiny, loot has always served as one of the greatest motivators, encouraging players to press through a seemingly endless rotation of missions, strikes, and raid content for a chance at scoring a new piece of equipment to further boost their capabilities in combat. But since most of the weapons and armor available in Destiny are dropped with a random set of traits you can’t change, there are perhaps thousands of players who will never get the perfect roll they’ve dreamt of for three years. Essentially, there’s a best roll for almost every piece of gear in Destiny, and that always felt like it hindered the amount of customization players had over their equipment. By introducing more in-depth customization system for both weapons and armor like something you’d see in Battlefield, Call of Duty, or Warcraft, Destiny 2 could go a long way to making each piece of gear feel valuable to the player, allowing you to customize everything you have equipped without worrying about getting a perfect set of perks.