Neil Gaiman’s novel American Gods and Bryan Fuller and Michael Green’s upcoming television adaptation both center around one thing: the relationship between a mysterious con man going by Wednesday and his reluctant bodyguard Shadow. In a newly released clip from Starz, you can watch their iconic first meeting.

Prior to this scene, which is from the first episode, the audience meets Shadow (played by Ricky Whittle) while he’s in prison. He gets released early — but it’s hardly a celebratory event because he also finds out his wife is dead. Emotionally adrift and discombobulated from his time spent behind bars, he proceeds to the airport to fly home for her funeral.

There, he sees an apparently senile old man named Wednesday (Ian McShane) con his way into a first class seat on his plane. Through a ticket mishap, Shadow also ends up in first class next to Wednesday, who engages him in conversation.

From there, his life is changed forever. From this point on, his fate is tied to Wednesday’s, as he later accepts a job as his bodyguard and right hand man. Of course, Shadow does not initially know that Wednesday is actually the Nordic god Odin. He also doesn’t know that Wednesday needs a bodyguard because he’s recruiting fellow “old gods” from myth and folklore for a brewing war with “new gods” like technology. At the time of this clip, Shadow only knows that this shrewd con man seems awfully chatty on airplanes.

Check out their iconic, plot-launching first encounter below: 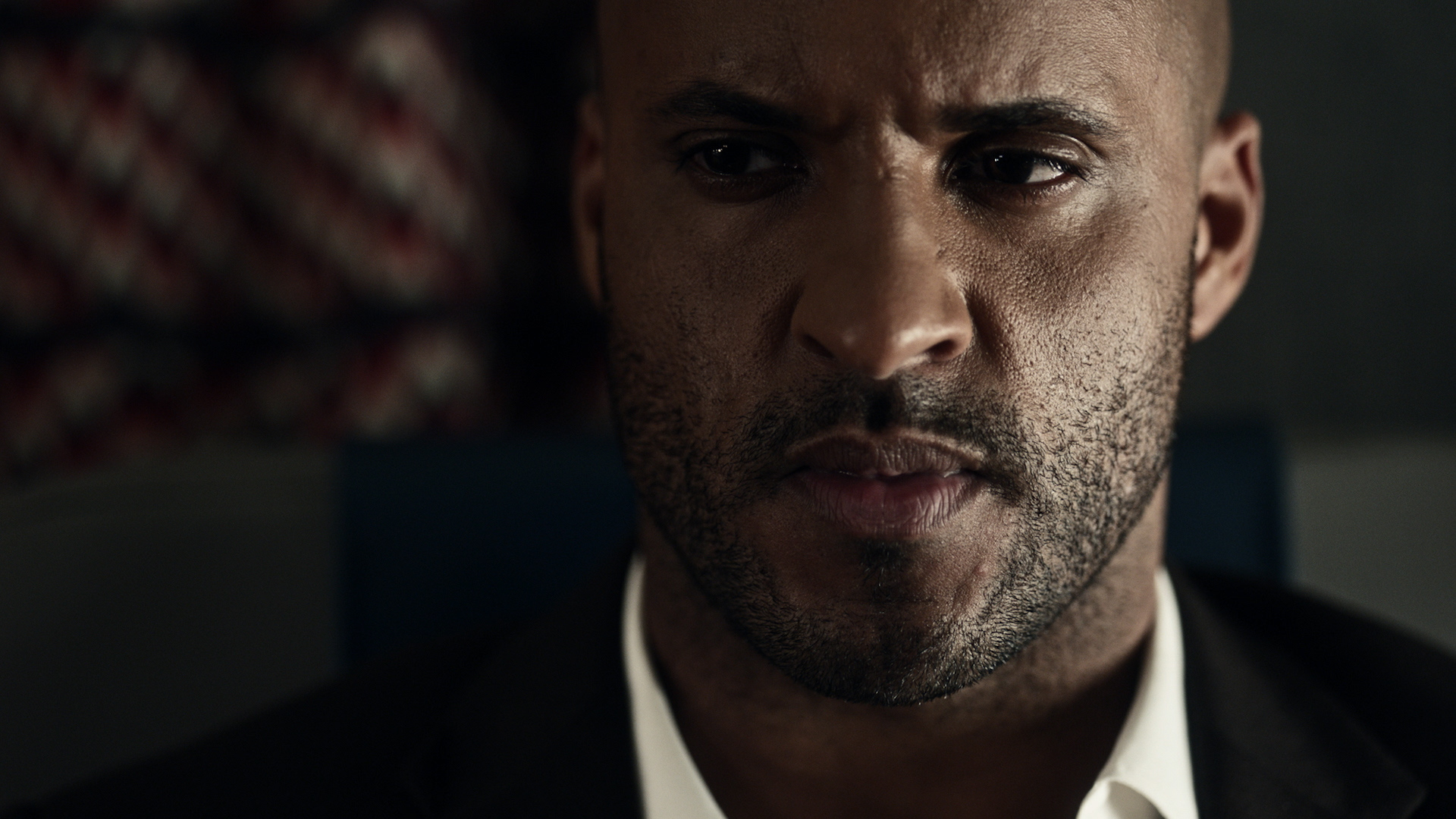