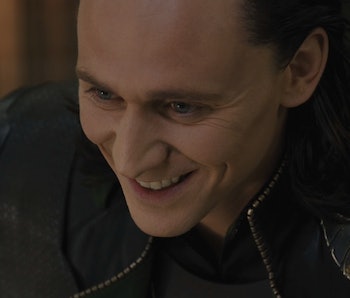 A good superhero story requires an even better villain, and not all villains are created equal. TV shows and movies based on Marvel comics have had their fair share of hits and misses when it comes to bad guys, so we decided to rank them based on which ones deserve another shot at world domination.

Granted, not all of these villains are bent on ruling the world. Some of them just want control over one neighborhood in a specific borough of New York City, while others are just looking for some media attention. Between ultra-powerful galactic entities and spoiled billionaires, the Marvel Universe’s movies and television shows have spanned far and wide throughout the galaxy for villains to perfectly compliment their heroes.

The best villains have complicated, often tragic backstories that explain their behavior. Meanwhile, others are just jealous or filled with a lot of rage that needs an outlet. Here are eight Marvel villains we’d like to see on screen again:

Hear us out! Yes, he’s painfully obnoxious, but he’s entertaining as hell. Not only does Justin Hammer manage to annoy Tony Stark (of all people) with his specific brand of slimy frat boy behavior, he also has the legitimate backings of a billionaire weapons producer. Hammer is dangerous in that he has a massive and fragile ego, the emotional maturity of a teenage boy, and the funds to back up whatever maniacal revenge plot he can dream up. And you know he hasn’t forgotten the last time he was defeated by Pepper Potts at Stark Expo.

Most diabolical quote: “We all know why we’re here. In the last six months, Anthony Stark has created a sword with untold possibilities, and yet he insists it’s a shield. He asks that we trust him as we cower behind it.”

Where are they now? Justin Hammer is currently locked up in the MCU’s Seagate Prison, with no word on his release after the events of Iron Man 2.

7. Ronan the Accuser, played by Lee Pace in Guardians of the Galaxy

While there was very little depth to be found in Lee Pace’s Ronan the Accuser in Guardians of the Galaxy, he still made for a powerful adversary. And, wow, was he entertaining, or what? Ronan was genocidal, militaristic, and willing to join forces with the Mad Titan Thanos in order to see through with the slaughter of an entire race. He literally bathed in the blood of his enemies. Not that that’s a good thing, but it certainly shows a lot of hatred and resolve on his part. Ronan also took hold of the Power Stone for himself, making him, at the time, one of the most powerful beings in the universe.

Most diabolical quote: “The Xandorians and your culture are a disease … I will cure it.”

Where are they now? Ronan is currently dead after taking on the Power Stone-wielding Guardians in Guardians of the Galaxy.

As a top-level undercover leader of HYDRA in the Marvel Cinematic Universe, infiltrating not only SHIELD but the United States government and the World Security Council, Alexander Pierce was not to be reckoned with. He had direct control over the Winter Soldier (Sebastian Stan), command over Steve Rogers’s Captain America (Chris Evans), and a long-standing professional and personal relationship with SHIELD director Nick Fury (Samuel L. Jackson). And that’s not to mention his disarmingly calm (even friendly) demeanor and excellent suits. Pierce was willing to take out millions of people with the use of Project Insight, and gave a new definition to the term “the long game.”

Most diabolical quote: “Despite all diplomacy and the handshaking and the rhetoric, to build a better world sometimes means having to tear the old one down.”

Where are they now? Alexander Pierce is currently dead at the hands of Director Nick Fury after the events of Captain America: The Winter Soldier.

5. The Shadow King, played by Aubrey Plaza in Legion

The Shadow King’s original beef was never with David Haller, but he’s more than happy to take things out on the ultra-powerful mutant. Aubrey Plaza’s Lenny became the fan favorite star of FX’s Legion right before supposedly dying in the first episode. But she came back, and the mystery of David’s life and mind only grew more complicated. Not only is the Shadow King a character with depth and history that spans across X-Men lines and finds its origins in David’s famous father, Charles Xavier, he’s also fucking terrifying. The visuals associated with Shadow King — blood pouring down faces, blood-shot eyes, and bloated skin stretched across rotting flesh — make him one of the downright scariest Marvel villains to make an on-screen appearance.

Most diabolical quote: “You ever make soup? You ever try to unmake soup?”

Where are they now? The Shadow King currently inhabits the mind of Oliver (Jemaine Clement) and takes the form of Lenny as of the end of Legion Season 1.

Kilgrave, the mind-controlling rapist who tortured Jessica Jones for so long, was the result of experiments at the hands of his parents. As obsessive and spine-chillingly creepy as Kilgrave was throughout Jessica Jones Season 1, he somehow still managed to often come across as charming and even a victim — and he most certainly was a victim. But then he took his trauma out on other people and started delving into megalomaniac territory, resulting in mind control, manipulation, and discomfited fascination from audiences everywhere. Kilgrave was just a likable guy, and that’s the very thing that made him such a good villain.

Most diabolical quote: “You were the first person I ever wanted that walked away from me. You made me feel something I never felt before. Yearning. I actually missed you.”

Where are they now? Kilgrave is currently dead after wrongly assuming he still had control over Jessica Jones. She broke his neck at the end of Jessica Jones Season 1.

Mariah Dillard and Hernan “Shades” Alvarez are possibly the Marvel Universe’s best functioning duo. Equally violent, Mariah is built to lead and has the capacity to affect change with the use of her political connections while Shades seems to love being the right-hand man with the gun. Both of these characters proved themselves willing to do or say anything throughout the first season of Luke Cage in order to come out the other side alive and better off than they were before. Mariah, originally saddled with protecting her cousin, Cottonmouth, and watching his criminal star rise, proved herself to be the truly horrible, ambitious person Cottonmouth was always raised to be. Shades is now just along for the ride.

Black Mariah’s most diabolical quote: “You find his weakness and you squeeze.”

Shades’ most diabolical quote: “Lawyer. You need me to spell it?”

Where are they now? Mariah is currently the crime lord of Harlem and has Shades at her side after the events of Luke Cage Season 1. Both are currently awaiting their roles in the upcoming The Defenders.

Wilson Fisk’s Kingpin made his first appearance as the big bad of Daredevil Season 1. The king of crime in Hell’s Kitchen is a soft-spoken, barrel-chested giant with a hair-trigger temper and the dark, violent past to back it up. Kingpin was abused as a child and has a great capacity for compassion, making him undeniably sympathetic. And his speech patterns are appropriately hypnotizing, most likely to lure his enemies into a false sense of security. There’s also, of course, Kingpin’s dedication toward his wife, Vanessa. He’s so good to her — but does that excuse him from a life of crime and inflicting pain on other people? These are the questions that undoubtedly make him one of the most complicated villains in the MCU.

Most diabolical quote: “It means that I’m not the Samaritan. That I’m not the priest or the Levite. That I am the ill intent … who set upon the traveler on a road that he should not have been on.”

Where are they now? Kingpin is currently incarcerated at Ryker’s Island where he is slowly taking down every other crime boss in New York City from the inside. He was last seen plotting his revenge on the law firm of Foggy Nelson and Matt Murdock.

1. Loki, played by Tom Hiddleston in Thor, The Avengers, Thor: The Dark World, and the upcoming Thor: Ragnarok

Marvel fandom-favorite Loki is a Shakespearean wet dream of daddy issues. No matter how many times Loki betrays his adopted brother Thor or destroys midtown Manhattan, he always worms his way back into the hearts of the masses. Loki was a sympathetic character from the moment he broke down in tears over the death of his mother. Since then, he’s sacrificed himself to save Jane Foster (or so Thor thought) and proven himself time and time again as always being one step ahead of everyone else. They don’t call him a trickster god for nothin’.

Most diabolical quote: “Is not this simpler? Is this not your natural state? It’s the unspoken truth of humanity that you crave subjugation. The bright lure of freedom diminishes your life’s joy in a mad scramble for power. For identity. You were made to be ruled. In the end, you will always kneel.”

Where are they now? Loki will be the king of Asgard when Thor: Ragnarok premieres November 3.