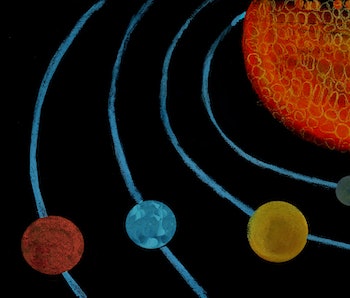 As the weather gets warmer and we start spending more time outside, stargazers and planet watchers are likely eager to catch a glimpse of their favorite celestial body. But for those of us who don’t have the best times to see the planets preloaded in our calendars, here are the ten best nights to see the planets this summer. A lot of them don’t occur until later in the season, but there are still some good ones coming up.

Don’t despair if you didn’t get a chance to see Jupiter in opposition recently. Jupiter will be sticking around for a few days more. You can see it in the twilight of dawn in the southeastern sky.

Always one of the brightest planets — because of its general proximity to Earth — Venus will reach the height of its visibility in the morning sky on April 30. If you don’t mind some residual April chill, you’ll be able to see it as a crescent shape in the pre-dawn eastern sky.

On this day, Mercury will reach its greatest western elongation away from the Sun. Just before sunrise on May 17 it will be low in the eastern sky.

See also: These Are the 3 Best Stargazing Apps to Watch the Sky With

This is an unusually dull year for Mars, since it’s at its farthest away from Earth. June 6 will be the last day to catch a glimpse of the red planet high up in the evening sky with its amber hue among the other stars.

On this day, much like Jupiter was on April 7, Saturn will be at opposition and at its brightest all year. Its face will be fully lit up by the Sun for the entire night, including its rings and moons if you’ve got a reasonably strong telescope.

This is the beginning of Neptune’s most visible period as it starts to move into opposition. Look for the blue dot in the pre-dawn morning.

This is the beginning of Uranus’s brightest period, when it can be seen with the naked eye if the sky is clear. Look towards the south to see it, and bring some binoculars for best results.

As the summer draws to a close, September 5 will be an excellent time to catch a glimpse of Neptune when it’s in opposition. It will be visible all night — but better in the evening — as a tiny blue dot.

If you missed it the first time around, fear not. Mercury will be easy to spot in the eastern morning sky starting on the 6th. Make sure the horizon is clear, though, because it’s going to be low.

Sure, summer officially ends on September 22, but thanks to climate change there’ll probably be enough warmth in the sky to go out and have a look. Uranus will be at opposition on this day, appearing blue-green for the entire night.