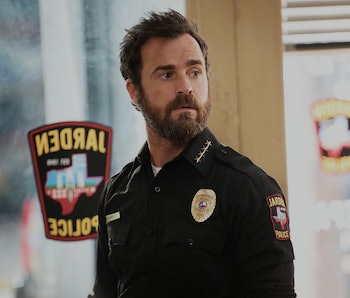 Damon Lindelof and Tom Perrotta’s The Leftovers is a strange and confounding show. Its big picture premise — that 2 percent of the world’s population mysteriously vanishes, resulting in mass grief and confusion — is straightforward soft science fiction. Its plotlines, however, are not exactly cut and dry.

Naturally, with a show like this, fan theories arise. Before diving into Season 3, here are the most plausible theories, ranked:

1. The Departed Were All People Their Loved Ones Wanted Gone

One fan on Reddit pointed out that in every case in which someone Departed, their loved ones resented them at the time. The woman in the pilot whose baby vanished was previously on the phone, wishing her son would stop crying. When Nora’s family vanished, it was during a moment in which she resented their presence. Laurie’s unborn baby vanished as she was pondering how she didn’t want it. Kevin’s affair vanished. The Department of Sudden Departures seems to take this into account in their questionnaires. Although the show will not answer where the Departed people went, it is indeed implying that a certain amount of resentment was directed towards them — no matter how loved they were.

2. This World is Actually a Parallel Timeline, and All the Main Characters Are Departed

One fan suggests that the show we think we’re watching is backward. Rather than a world in which 2 percent of the world’s population has vanished, it’s actually 98 percent. The people the main characters think have Departed are left behind in the real world. That would explain why the show’s reality is strange and uncanny, and why the Kevins hear and see ghosts.

Plausibility: As likely as a Season 3 appearance from Patti. 50/50

3. There is a magical cosmic link between Jardin and Australia

One fan suggests that there is a cosmic link between Jardin and Australia. His evidence is all the Australia references in Season 2: The man in the news clip emerging from an Australian cave; the prophet in the Jardin tower who wants to send a letter addressed to “Australia,” the cave imagery, the magical Skype call between Kevin and his father in Australia in “International Assassin.” This theory poses a literal connection between these two places.

Plausibility: As likely as an episode with full frontal male nudity. So, hardly out of the question.

4. Kevin Has Multiple Personality Disorder and One Persona Is in the Guilty Remnant

One theory posits that Kevin does not simply see ghosts or hallucinations, but actually has multiple personality disorder. One of his personalities is a full-blown member of the Guilty Remnant, which is why he’s previously hidden his smoking. It also explains why the car full of women cryptically asked if he was “ready” in “The Garveys at Their Best,” and why trouble seems to follow Kevin wherever he goes.

Plausibility: As likely as a season of The Leftovers in which Kevin smiles more than three times. Not out of the question, but a bit elaborate.

5. October 14th Was a Glitch in the Matrix

One fan suggests that the world of The Leftovers is a computer simulation a la The Matrix with the Sudden Departure being a glitch.

Plausibility: Considering the fact that the creators have said the Departure will never be explained, this is as likely as a season of The Leftovers without epic music.