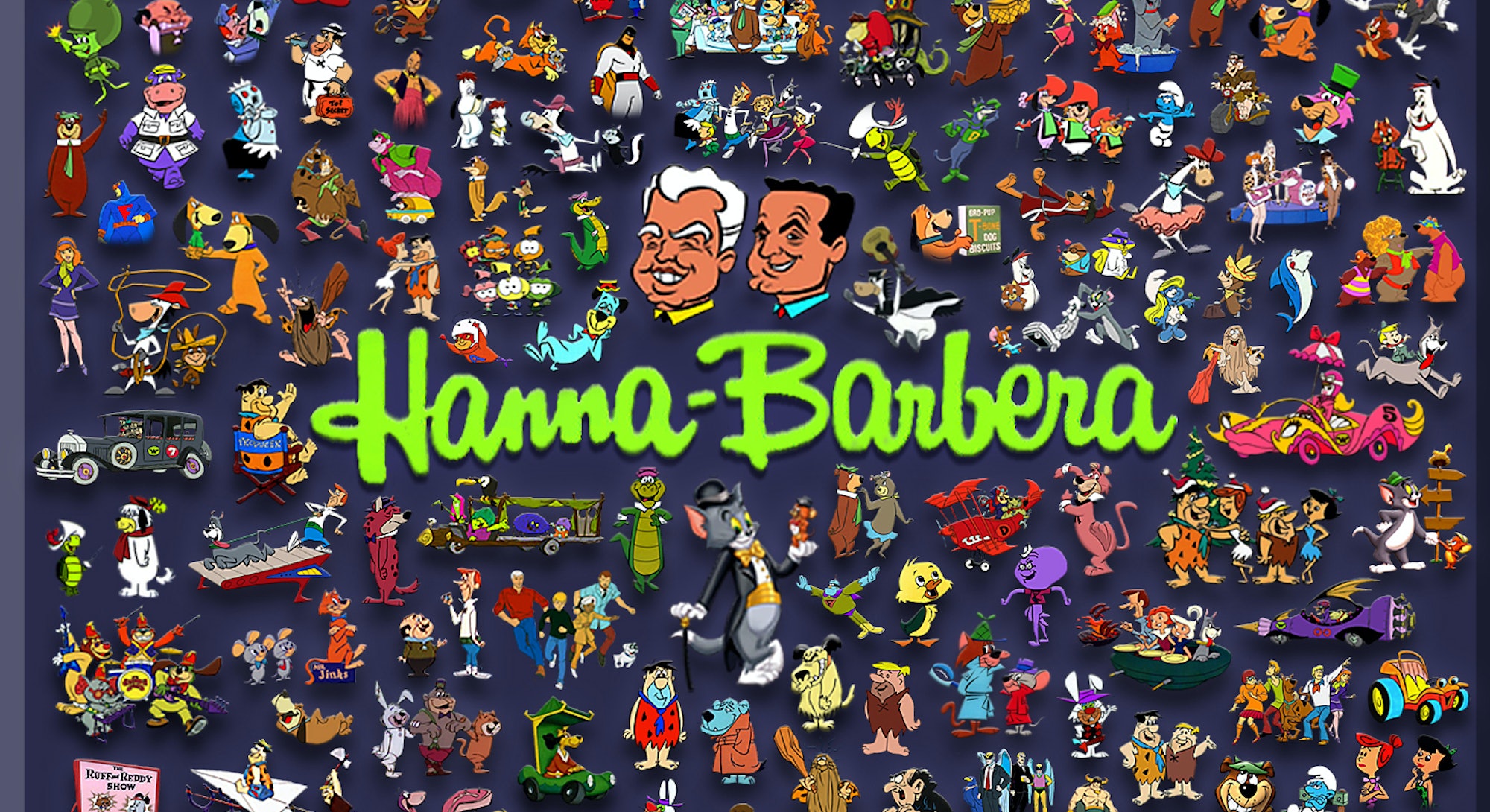 Hanna-Barbera is a giant in the field of animation, virtually dominating TV cartoons for three decades in the last century and — even after being absorbed by Warner Bros. Animation — continuing to churn out new big-screen adaptations every several years to keep their classic properties relevant. Without them, we wouldn’t have The Flintstones, The Jetsons, Scooby-Doo, Yogi Bear, and yes, The Smurfs, all still fairly recognizable pop culture figures over 50 years after some of their initial releases.

So why do their movies suck?

It sounds harsh, but all the critical evidence leads to that conclusion, as not one major theater release featuring Hanna-Barbera characters has ever cracked a 30 percent on Rotten Tomatoes. It’s possible that the properties simply haven’t aged well: The Flintstone and Jetson families rely heavily on 1960s gender norms, it’s still impossible to tell how the Smurf colony thrives with only one woman, and Shaggy remains an idol only to patrons of Spencer’s Gifts.

Other than smart outliers like Peabody and Mr. Sherman and adaptations of timeless books like Horton Hears a Who, most of these movies are doomed to fail. This is the inherent risk of reviving a cartoon that existed in a very specific era and reflected its values; Alvin and the Chipmunks has had similar difficulty with critics in all four of their big-screen adaptations, Transformers has become a parody of itself, and The Cat in the Hat and How the Grinch Stole Christmas! received abysmal reviews.

Maybe it’s my own bewilderment that a third Smurfs movie was actually made or the annoyance at its questionable marketing, but there is a pretty obvious answer to why these movies keep getting produced: They make money, babe. Let’s take a look at five of Hanna-Barbera’s biggest franchise flops, and how the hell they managed to make it that far:

Why It Sucks: At the risk of offending the leagues of Jetson-heads out there (just kidding), it’s possible that the source material to work with may never have been good to begin with. The Jetsons were designed in response to the early success of The Flintstones, arguably television’s first mainstream cartoon that reflected real life at the time, albeit through the goofy lens of the stone age. In theory, The Jetsons were supposed to do for the future what The Flintstones did for the past, but it was pulled from the air after only one season. Aggressive syndication increased the show’s popularity over the years, but it’s impossible for The Jetsons to succeed with today’s audience, or 1990s for that matter, without a severe tune-up.

For your consideration: George Jetson is a hardworking future man who drives the plot, his wife Jane cleans the house and her only discernible personality trait is that she’s supportive of George, his daughter Judy is a boy-crazy airhead who loves shopping, and young son Elroy is a poindexter. Oh yeah, and there’s a housekeeper robot. This setup works for 1962, before women began to challenge traditional American household roles in a major way, but there’s no way to adapt The Jetsons successfully without changing the fundamental characteristics of virtually every central character. They didn’t, and the movie flopped as hard as the show’s first and last season on TV.

Best Bad Review: “Deserves to be shot into space.” — The Kalamazoo Gazette

Why It Sucks: The Flintstones was Hanna-Barbera’s first foray into a live-action adaptation that, amazingly, didn’t suffer because of its casting. John Goodman has a solid Fred Flintstone impression. Elizabeth Perkins, Rosie O’Donnell, and Rick Moranis hold their own in the supporting roles, and the prehistoric set design looks movie-fake but not distractingly so.

Besides upholding the 1960 family dynamics in the 1990s adaptation, the main issue with The Flintstones is taking a 23-minute cartoon and stretching it to a 90-minute event for adults and children. The animated series broke ground during its initial run as the first primetime cartoon, paving the way for later hits like The Simpsons and Family Guy, but this movie leans bizarrely far into adult topics to the point where it’s incredible to think there was any appeal for kids at all.

The majority of the story revolves around two things: Wilma wants Fred to step up his game and make more money, while Betty and Barney want to adopt a child. The dissonance between these adult themes and the same clunky prehistoric jokes that both defined and plagued the original series is massive and the entire main cast of the film declined to come back for the even-worse The Flintstones: Viva Rock Vegas in 2000.

Why It Sucks: I’ll say it: Scooby Doo the movie sucks because Scooby Doo the series sucks. The ground zero for the “and I would’ve gotten away with it if you weren’t for you meddling kids!” trope, it was hard to not grow frustrated with the squeaky-clean teen mystery gang for a 15-minute cartoon, much less a 90-minute movie. To its credit, the characters are updated more intelligently than you’d think: Fred Jones (Freddie Prinze Jr. baby!) is an arrogant celebrity, Velma Dinkley (Linda Cardellini) works for NASA, power ginger Daphne Blake (Sarah Michelle Gellar) has taken up martial arts, and Shaggy (Matthew Lillard in an Oscar-worthy interpretation) is still a stoner.

Scooby Doo is not a dog in this movie, but rather a terrifying mass of poorly-rendered computer animation that barks. In spite of this, the movie drags through an obnoxious, heavy-handed plot that features Shaggy falling in love with a girl named Mary Jane (come on) who loves Scooby Snacks (come on) but is allergic to dogs (which shouldn’t be a problem because Scooby is a sentient computer virus but I guess he’s supposed to be a dog).

To avoid the classic Scooby Doo animated ending, the plot introduced soul-sucking demons and robots that trap close associates of the gang, including a chicken nugget that learned to scream (they call it Scrappy Doo). This is perhaps the most baffling part of the whole affair, because there is no time period in which it is appropriate to rescue Scrappy Doo to make 2004’s god-awful Scooby Doo: Monsters Unleashed. You should have let Scrappy Doo die, idiots. Scooby coulda been eliminated, too.

Why It Sucks: I hope every voice actor in this movie bought a yacht and paid for their kids’ college, because otherwise no one got anything out of this movie. The Yogi Bear character has been in the Hanna-Barbera staple since 1958, when he was a supporting character on Huckleberry Hound, but the dimwitted picnic basket-stealing bear has never had much appeal for audiences over ten. Still, this doesn’t disqualify it as a potential success, since kids drive box office. Unfortunately, Yogi’s chance on the big screen was plagued with hacky 3D effects, a terrifying hulk of pixels desperately trying to appear as a computer-animated bear, and the slowest-moving plot in recorded history. The strategy to take a simple, relatively slow-moving cartoon and make it slower, longer, and harder to watch was not the move, gang. Another one bites the dust.

Best Bad Review: “There’s a lame romance between Ranger Smith and a documentary filmmaker played by, of all people, the very talented Anna Faris. What on Earth made her agree to this role?” — The Hollywood Reporter

Why It Sucks: While Hanna-Barbera is only tangentially related to The Smurfs franchise (the company that produced their cartoon is also owned under the Warner Bros. animation umbrella), they’re worth roping in here, too. It’s easy to draw a line from the 2011 Smurfs reboot to the similar tone and plot of the equally successful and critically panned Alvin and the Chipmunks movie four years before. The ingredients are virtually the same: Take characters that had their heyday in the 1980s, give them cell phones and sunglasses, get a famous TV star to act bewildered around them (Jason Lee in Alvin, Neil Patrick Harris in Smurfs), and then make a ridiculous amount of money.

While a lot of cartoon adaptations fail to update their characters to the era they’re being rebooted into, The Smurfs have consistently gone too far the other way. Some examples of the aggressive sassiness include the Katy Perry voiced Smurfette squealing, “I kissed a Smurf, and I liked it!,” some variations on Smurf twerking and cries of “Smurfabunga!” It’s enough to make you diabetic, and apparently enough to make two sequels (although very few of the original cast returned for the just-released Smurfs: The Lost Village).

Also, if the Alvin folks are somehow reading this: I have a pitch for Alvin and the Chipmunks 5: Squeakeasy, a Prohibition-era chipmunk story. Call me.

Best Bad Review: “To play The Smurfs Drinking Game you will need: Two 500cl bottles of Blue Bols (per player), one white sleeping cap, ample powder-blue face paint and too much spare time.” — Time Out

In spite of being univerally panned, nearly every big-screen release has at least doubled its budget, and if the people are eating the slop, Warner Bros. is happy to keep serving it (see: their movies).

Some of these sucked because their source cartoons aged poorly, and others failed because the cartoons being adapted may not have, ahem, been very good in the first place. Either way, it doesn’t look like we’ll be getting rid of those little blue communists anytime soon.