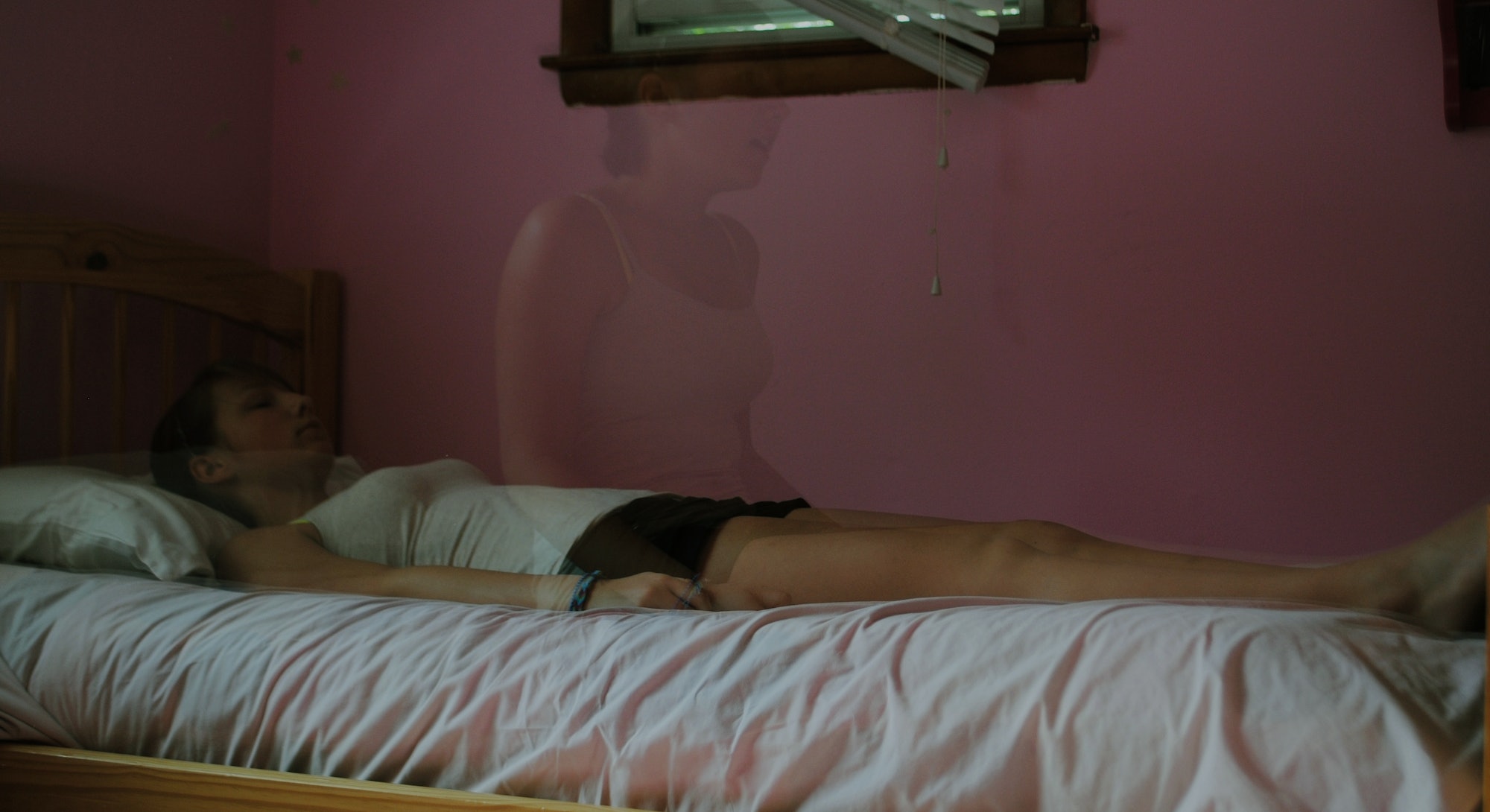 Every night before going to bed, I brush my teeth, crawl under my blankets, and turn on five different sleep apps.

My alarm’s set to 8:30 a.m., with each smart app promising to wake me up at the lightest sleep stage. But in the morning, five alarms go off at different times. The earliest one rings at 8 a.m., and I’ll groggily shut it down for waking me up half an hour too early. A few minutes later, another alarm will chime, leading up to the final, old-school, dumb alarm, at 8:30 a.m.

For the first time, this past January’s CES convention in Las Vegas featured an exhibit just for sleep technology, with products from trackers to smart beds. Rumor has it that the Apple Watch will come with sleep tracking this year, taking after the Fitbit. When you search through an app store, all types of sleep tracking and relaxation apps appear, some of them free, some not.

There’s clearly a demand for tracking and improving sleep, and people will pay for them. Earlier this year, a report in The Guardian, noted that the global sleep market will be worth $80 billion by 2020.

A study from Harvard Medical School shows that sleep apnea costs the economy $65 billion to over $165 billion a year, as it can lead to car and work accidents. And that’s probably a low estimate, says Dr. Jordan Stern, founder and CEO of BlueSleep, which researches and tests medical and consumer sleep technologies.

“There’s so much interest in sleep. It impacts the economy and makes people feel better,” Stern tells Inverse.

Many of these sleep apps and wearables claim to track the different cycles of your sleep and wake you up at the lightest stage of your sleep. But are they actually effective?

Yes and no, doctors say. Depends on what you use it for.

“The pros are, they raise awareness about your sleep habits, how many hours you might be sleeping. They bring attention to snoring, moving around in bed,” Stern says. “The next step is talking to a sleep doctor. The cons are some patients say they get anxious about how they’re going to perform.”

For six weeks, I tracked my sleep on various apps and a sleep-tracking sensor called Beddit that’s a tape-like strip about the size of an unfolded newspaper that’s placed under your bedsheets. The mobile apps require me to place the phone next to me when I sleep, while the Beddit lies beneath my sheet as a separate phone with Bluetooth tracks data from it.

Besides tracking movement and having “smart alarms,” these apps offer tips on sleeping better and how to relax, like soothing ocean sounds and hypnosis. Some can even record you if you start snoring or talking in your sleep. Three of the apps I used even give a sleep score to rate how I slept.

I’ve found that on average, I sleep just under eight hours a night. Usually, I get about eight hours of sleep a night on weekdays, but on weeknights I go to bed later and sleep less. Fortunately, I don’t snore.

Most sleep apps use actigraphy, which is a movement tracking technology. One such app I’ve used is Urbandroid’s Sleep as Android app, which cost $3.99. According to Petr Nálevka, founder and CEO of Urbandroid, the way you move in your sleep correlates with the different phases of your sleep.

“The idea is very simple,” Nálevka tells Inverse. “When you sleep, you go through different sleep phases. The body inhibits all your muscles, so you don’t jump around when sleeping. You can track the periods when your muscles are uninhibited and periods when you toss and turn around.”

With this app, Nálevka says, you can also identify if you have serious sleep problems. The app can record snoring, and some people have discovered they have sleep apnea when they listened to recordings. But if you don’t have sleep problems, the app is still beneficial. That’s where the smart alarm feature comes in handy.

“We try to wake you up at the moment where it’s more pleasant for you, where you’re more refreshed,” Nálevka says. “Waking you up in light sleep makes you feel better than in deep sleep.”

Nálevka believes tracking your sleep helps you become more aware of your habits and change them. Panos Spiliotis, co-founder of Neybox, which created the iOS Pillow app, agrees.

Do Sleep-Tracking Apps Actually Work, Though?

Studies support the proclamations of sleep app purveyors. According to a study in Cureus, people who tracked their sleep on wearable devices started sleeping more hours per night. Knowledge is the power to change your habits.

But these sleep apps have their limits. If you sleep with a partner or if a pet jumps on your bed, that can mess up the data, although sleeping with a partner is less of a problem since the app tracks the motion of the nearest person.

But a dog or cat will definitely have an effect.

“Definitely [pets] will mess up the measurements,” Nálevka says. “If they jump on the bed and you are still sleeping, then you will definitely have a false positive and light sleep phase. This is something to consider. Regarding your partner, for actigraphy on the mattress, we recommend keeping the phone on your bedside.”

Wearables are more sensitive at tracking movement, heart rate, and breathing, but with standalone apps, doctors are skeptical. “I think they’re garbage,” Dr. Carl Bazil, Director of the Division of Epilepsy and Sleep at the Columbia University Department of Neurology tells Inverse.

Whether it’s a wearable, sensor, or app, there’s no way for these devices to track REM sleep. REM sleep is the cycle where we have the highest amount of brain activity, which these devices can’t measure. During REM sleep, we dream, consolidate our memory and produce antibodies.

When I showed Bazil the data from my sleep apps, one app showed that I got REM sleep early in the night. “You never get REM that early in the night,” he said. Usually, a REM cycle about 90 minutes long, and we get four to five cycles of REM a night.

He also said that I should have a normal looking histogram, considering that I get about eight hours a night, but my charts were way off.

“Sleep is very interesting. We feel the repercussions of bad sleep,” Stern says. “Unfortunately, almost all apps try to disclose information about your sleep but don’t do it well.”

These apps also don’t directly improve your sleep, but Stern is developing a sleep coaching service that provide information to help people actually sleep better. The big problem with wearable sleep trackers is that people often get bored, and studies show that people stop using wearables after a few months. Why? People don’t see a clear application of the data they’re collecting. It feels like homework.

The apps do actually work in some ways. For people who have trouble sleeping, doctors recommend that they keep sleep diaries, and apps are just one way to do that — patients shouldn’t obsess over how much “deep sleep” they’re getting, though.

“Basically sleep apps overall get people to pay attention to their sleep, and they’re not bad at telling you when you’re asleep or awake,” Bazil says. “What we’ve done for a long time was have people keep sleep diaries. That can be helpful in itself. If you’re trying to improve your sleep, apps can help you track that.”

“If you wake up during deep sleep or REM sleep, you’re not going to feel well,” Stern says. “Some people get nine or ten hours of sleep but wonder why they’re tired when they wake up. That’s where these apps can be useful, but they’re not good enough to be really helpful.”

Bazil is a bit more skeptical. “Some of these apps pretend to avoid waking you up during deep sleep. I’m not sure how useful that is since we know they’re not good at knowing when you’re in deep sleep,” he says.

If you want to sleep better, there are simple things you can do, Bazil says. Before going to bed, you should wind down and do relaxing activities like breathing exercises and meditation exercises. And turns out free sleep apps can be helpful for this — Bazil recommends relaxation apps with breathing exercises, soothing music, and nature sounds.

“It’s very individual — finding what will help your brain relax,” Bazil says. “There are a lot of different modes of relaxation. I tell people to try different ones out.”

The Future of Sleep Tech

Now, the sleep tech market is moving towards Internet of Things. At CES, the Sleep Number 360 smart bed made the most headlines. You don’t have to sleep next to a phone or wear anything to track your sleep. You just need to sleep. And, if you sleep with a partner, each person has a tracker on their own side.

What’s more, this smart bed can predict your needs and do something about them. For example, if you snore, it can elevate your head to help you snore less. Unlike other apps, it doesn’t claim to track your sleep cycles, but rather measures how restful or restless your sleep was.

“You don’t need to wear anything or do anything,” Julie Elepano, product brand manager at Sleep Number, tells Inverse. “Sleep Number mattresses have biometric sensors inside the mattresses. As you sleep, the mattress is taking readings of your heart rate, breath rate, and restlessness.”

In addition, some sleep devices are joining the medical field. RESPeRATE, a device designed to lower blood pressure that also helps users sleep better, has already been FDA-approved. As a result, the makers of RESPeRATE adapted this device to focus on sleep.

This product, 2breathe, was featured at CES and won the 2017 CES Innovation Award. It’s not a sleep tracking device, but rather, a wearable belt that guides you through breathing exercises to help you fall asleep, while tracking your breathing pattern in real time.

“Digital sleep and health is relatively a new trend. The trend was of trackers. And now the trend is of solutions,” Erez Gavish, co-founder of 2breathe, tells Inverse.

Currently, most people with sleep disorders are still diagnosed by going to a sleep lab, but Stern is working with Beddit to better identify sleep problems.

“This is where it’s going. There is no question that consumer technology can help make diagnoses, but it has to be tested,” Stern says.