Picture this: It’s been a long day at work, you’re avoiding your friends, but you don’t want the evening to be a total waste.

Fortunately, there’s a wealth of science and technology documentaries available on Hulu, HBOGo, and Amazon Prime to feed your curiosity. The hard part is sorting through the woo and getting to the stuff that will actually make you smarter. Here’s Inverse’s roundup of the 12 best docs out there. 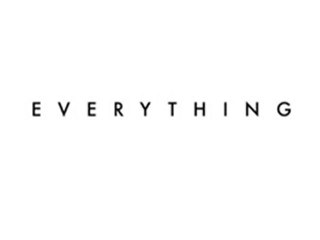 1. Everything and Nothing: The Amazing Science of Empty Space (2011)

This highly praised documentary comes in two parts, titled “Everything” and “Nothing.” Narrated by British theoretical physicist Professor Jim Al-Khalili — whose facility with quantum physics and general relativity makes this enriching but digestible — the first half explores the shape and size of the known universe, and the second investigates the nature of emptiness.

This documentary by French filmmaker Cécile Denjean is a broad exploration of some of humankind’s most pressing questions about reality: What is dark matter, which supposedly makes up 95 percent of our universe, and where did it go? Unlike other heady documentaries about the nature of the universe, this film keeps cheesy visual effects to a minimum, leading instead with the inherent drama of scientists’ struggle to understand dark energy.

Highly praised by critics, this documentary is an immersive look into America’s great moon-shot era, which spanned the years 1968 to 1972 and led to NASA’s most triumphant Moon landings. While it drives home the accomplishments of the science community at large, the film, through extensive interviews with astronauts and ground crew, isn’t afraid to show the period’s darker side, revealing how unchecked overconfidence eventually led to some fatal mistakes. Bonus: Buzz Aldrin admits he urinated in his suit in public before stepping on the moon.

Based on the research of psychiatrist and researcher Dr. Norman Doidge of the plasticity of the human brain, this documentary, based on the findings outlined in Doidge’s eponymous book, shows the myriad ways a fully grown brain adapts to its environment. Traumatic brain injury and other chronic neurological conditions like stroke and cerebral palsy are investigated, but so is the possibility that the brain’s plasticity can be harnessed for non-therapeutic purposes.

The Hubble Telescope has been around forever (okay, since 1990), but the images it sends back are still uniquely breathtaking, despite leaps in imaging over the past two decades. This documentary dives deep into the stories behind Hubble’s greatest shots and connects them to tell the story of a changing universe, all while featuring endless celestial eye candy.

Progeria is a disease that’s only ever featured in science fiction: People with the rare condition age at a rapid pace and die early. This Peabody Award-winning documentary, which tracks the efforts of the parents of Sam, a boy with progeria, as they set up a foundation to find a cure for their son, expertly and sensitively weaves science and human experience together to reveal truths about Sam’s illness that apply to all of us.

Nim Chimpsky is the star of this film about a famously controversial experiment in which a chimpanzee was raised in a human household during the 1970s. The objective was to find out whether he would ever learn to communicate with humans through sign language, and, as the documentary shows, he did — to a certain point. It’s Nim’s incomplete assimilation that leads to the issue at the problematic core of this experiment, which this documentary deftly explores: Was Nim really all that different from humans?

One man’s attempt to raise the legal profile of chimpanzees is outlined in this acclaimed documentary that straddles the border between science and philosophy. Leading animal rights lawyer Steven Wise probes the characteristics that separate humans from their hairy cousins in an attempt to build a case arguing that, despite appearances, we’re not all that different after all.

The first in a series of films that together comprise HBO’s Addiction series, this film attempts to reframe addiction in the only way that can lead to better treatment, support, and funding for addicts — that is, as a disease. Through interviews with scientific experts on drug and alcohol addiction, the documentary clearly outlines why the belief that addicts lack willpower or discipline is a fallacy.

HBO is home to three “must-see” short documentaries on Ebola, the most famous of which is Body Team 12, a thrilling, Oscar-nominated film about a Liberian Red Cross employee named Garmai Sumo, whose job it was to remove dead bodies from villages struck with the virus in order to halt transmission of the highly contagious disease. Most compelling are the human interactions we forget to consider during an epidemic — most notably, the heartbreaking negotiations between Sumo and the relatives of a newly deceased person when it’s time to take the body away.

Note: Hulu only has four science documentaries. Step your game up, Hulu!

Base-jumping and sky-diving shots are a platform for general commentary about the biology of an adrenaline rush and why it leads to increasingly intense cravings in this documentary, originally made for IMAX. It follows the pursuits of two thrill-seekers as well as the underlying psychological drivers behind this behavior, which is more common in humans than we might believe.

Heavy on incredible 3D visuals and light on scientific depth, this gorgeously shot documentary is inspirational eye candy calling for humans to stop killing the world’s coral reefs. With shots from the waters surrounding Palau, Vancouver Island, French Polynesia, Mexico, and the Bahamas, the film, released in 2012, is especially meaningful in light of scientists’ recent announcement that two-thirds of Australia’s Great Barrier Reef is dead.