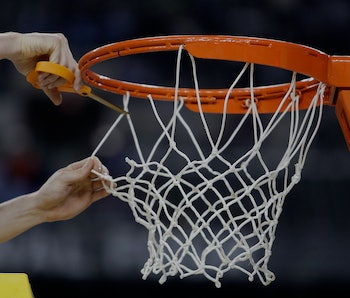 Everybody wants to be a March Madness guru, someone who can see upsets around corners and win their office pool. To fill this seasonal basketball need, a multitude of remarkably full-featured standalone services have cropped up. But last year there was one service that did distinguish itself for both its innovative approach and its success: the paid mobile app SmartBracket, which finished last year in the 95th percentile in both the ESPN and Yahoo! competitions.

Though a single year’s performance can only mean so much, SmartBracket’s attempt to integrate a wide variety of information is what makes it at least plausible that it may have stumbled upon a special sauce of sorts.

Here’s how SmartBracket works: It integrates the usual statistical models with a series of questions about your pool, in particular. The goal is to sniff out any weaknesses in the competition, which can be due to anything from regional bias to the use of a bad bracketing system to not having seen a single second of college basketball since last year’s tournament.

The issue with this sort of system is that it relies upon its own obscurity, exploiting the fact that its approach has not become so widespread that it has come to minimize the behaviors it’s built to exploit. For instance, the SmartBracket approach works best when the user can input the entirety of the rest of the pool’s choices as data to be crunched. In a future world where SmartBracket users have been reliably successful for five years straight, we can imagine both behavioral and rules changes to make such dragnet espionage more difficult, or impossible. The biggest super-computers in the world can’t crunch data they don’t have.

That’s the problem with ingenuity — it’s bound to rub off on the competition. Taken to its extreme, these are the sorts of highly competitive strategies that make friendly competitions into over-serious rivalries. It’s one thing to have an office pool, but the minute people start “leaving out” a fake bracket or two to poison the enemy data, the fun (not to mention the skill) will have officially left the building.

If the sophistication of March Madness strategies is an arms race that reveals the same basic human tendencies as every other arms race (and it is that), then the SmartBracket mentality is the March Madness Manhattan Project. This is true both in that it’s an invention we may very well come to regret, and one that we arguably had to invent, lest the hated enemy invent it first.