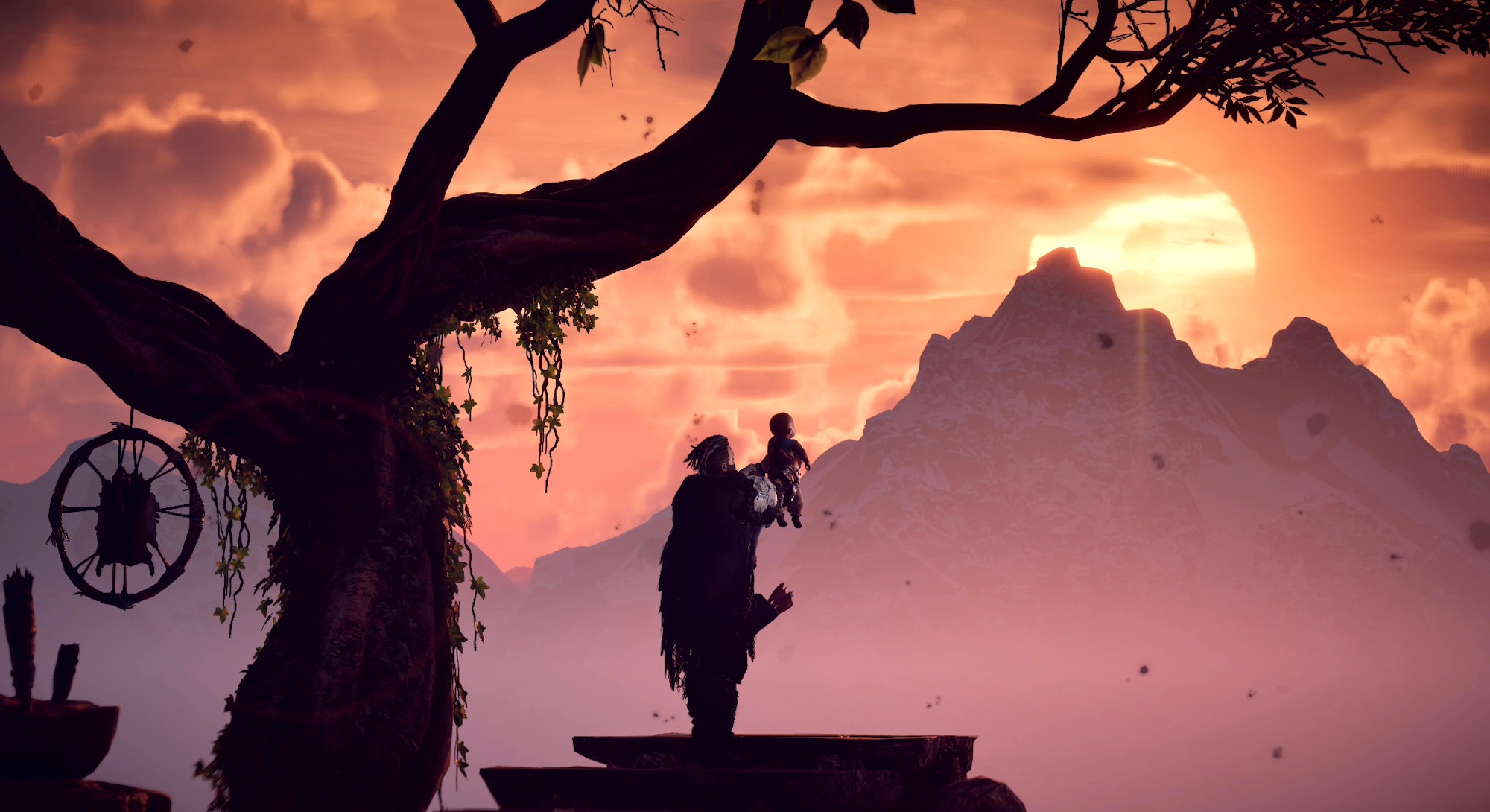 The latest PlayStation 4 exclusive, Horizon Zero Dawn, allows players to step into the life of Aloy, a tribal outcast who has trained her entire life to be accepted by a society she doesn’t truly believe in. On your quest for answers across the post-apocalyptic landscape, investigating a beast’s weakness or using the right weapon for the job can mean the difference between life and death, but the first few hours of the game can prove quite challenging as you learn how to strategically fight against all the wilds has to offer.

So, if you’re looking to make the most of your initial experience in Horizon Zero Dawn, here are a few tips that will help you leave the safety of home prepared for the dangers beyond.

When you first boot up Horizon Zero Dawn, you’ll have to make your way through a short introductory quest before you can access the open world as you please. Once you can explore the valley on your own, Rost will give you a few tasks to complete relating to the main questline. But, the most important thing for you to do is to head straight for Aloy’s friend Karst.

Located to the southeast of Mother’s Cradle, Karst is a merchant who will let you pick up any bonuses you’ve earned from outside the game and purchase new weapons which will become extremely useful during each of the quests you complete in the valley. Invest some currency into the Tripcaster, which will allow you to create tripwires which stun enemies who walk into them, and the Ropecaster, which you can use to tie down larger machines to leave them vulnerable to attack. Both weapons are invaluable when hunting more dangerous machines later, so be sure to grab them before you leave the safety of the valley.

Much like the limited inventory space that many main characters start with, Aloy’s carrying capacity is extremely small when you first dive into Horizon Zero Dawn, allowing you to hold a handful of traps, ammunition, crafting components, and weapons from around the world. Instead of simply limiting what you can equip on your character or slowing your movement speed, these restrictions prevent you from picking up any additional rare items like weapons, armor, or crafting components once you’ve reached your limit. Because of the limitation, snagging a few upgrades for your resource pouch and weapons satchel are worthwhile investments during the beginning of the game. Head into populated areas of the map and collect a decent supply of machine parts, meats, and natural resources to craft these upgrades so you don’t run out of space while looting a dungeon or hidden ruin in-game.

Complete the Quest “In Her Mother’s Footsteps”

Once you’ve established a decent collection of weaponry and a few carrying capacity upgrades, you’ll be more than prepared to begin tackling the various side quests scattered about the valley. Each quest will reward you with a hefty amount of experience towards your overall level, as well as a chest which will include additional supplies, ammunition, or special items. But one quest, “In Her Mother’s Footsteps,” will give you a passive upgrade you don’t want to miss.

To locate the quest giver Thok, proceed down from Mother’s Heart and search for an injured man lying on the ground with an injured leg. Speak with him to obtain the quest to go looking for his missing daughter, and complete it by rescuing her and retrieving a family heirloom; doing so will reward you with a passive damage upgrade for your melee weapon which will come in handy against larger machines.

Prepare for Each Fight

Even though you can openly approach every enemy in Horizon Zero Dawn with your bow drawn and bombs at the ready, stealth remains one of the best options Aloy has available when going against larger machines or groups of human enemies. Since she’s quite weak at the beginning of the game without reinforced armor or upgrades, enemies will often work to quickly surround you or take you down with brute force, provided you aren’t prepared. Even if you plan to play aggressively, it’s best to stick to the shadows at first and silently thin the heard while laying down traps you can use against enemies trying to advance on your position in combat. Doing so will allow you to deal with multiple targets at once while focusing on the most dangerous threats yourself with a more direct weapon. Never forget to use your Tripcaster, Ropecaster, and traps, as they will likely save your life more than once.