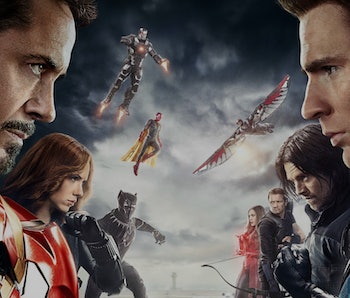 Superheroes have been in the middle of a heyday for the past decade or so. Big screen movie adaptations of DC and Marvel comics characters result in billions of dollars in revenue and countless new action figures. Netflix knows just how popular caped crusaders and flying tin cans are at the moment, so it’s stockpiled its TV and movie choices with a ton of superhero content — and some are definitely better than others.

Here’s a list of some of the best superhero-centric TV shows and movies currently available on Netflix. Some are animated but most of them are live action. And if there’s one thing this list proves, it’s that having a cape isn’t always the best part of being a superhero. Neither is the satisfaction of a job well done, the kickass sidekicks, or even the cool superpowers. The best part about being a superhero is the franchise rights.

The first Batman movie of all time — starring Adam West as Batman/Bruce Wayne and Burt Ward as Robin/Dick Grayson — has the Caped Crusader and his ward taking on four supervillains who plan to hold the world for ransom with a machine that automatically dehydrates people. Yes, it’s silly. Yes, there are sound effects. And yes, it’s wonderful.

Marvel’s latest superhero extravaganza came in the form of Captain America: Civil War when the good Captain and Iron Man split their Avengers family down the middle. The film acts as a closing argument to several different MCU storylines and prompts further questions that will (hopefully) be answered in upcoming movies in the series.

Ron Perlman stars as the titular Hellboy, a demon summoned to our world by the Nazi regime before being rescued by a scientist, Professor Bruttenholm. He’s raised by the Professor and the two eventually begin to fight for the Bureau for Paranormal Research and Defense to protect the world from the forces of darkness.

After being determined too dangerous for Earth, Hulk is blasted into space by the Avengers. He ends up crash-landing on the planet Sakaar, which is ruled by the tyrannical Red King, who forces monsters to fight each other in coliseums for amusement.

The beginning of Christopher Reeve’s stint as Superman. The film depicts Clark Kent’s early years in Smallville and his beginnings in Metropolis, falling in love with Lois Lane, and his first run-in with Lex Luthor. It’s a true origin story.

When three rogue Kryptonians infiltrate the White House after being inadvertently released by Superman, he’s the only one who can stop them. But the problem is that he’s promised to give up his powers to be with Lois Lane. What’s a Superman to do?

Superman Returns gets a lot of flack. But, let’s be honest, it’s a great movie. It’s a true love letter to the Christopher Reeves Superman era and still holds onto the kind of campiness that more recent iterations of Superman have, sadly, forgotten. Plus, Kevin Spacey is perfect for any role.

This Korean-made drama series gives superpowers to a quiet young man, Yong Ahn-dae, after he narrowly survives a fatal accident. He quickly finds out that he’s developed the power to detect murders before they happen.

Based on the DC comics, the charmingly bumbling Barry Allen develops the power of super-speed after being struck by lightning. He becomes the Flash, the fastest man alive, and has to protect Central City while balancing family, friends, and his convenient job as a crime scene investigator for the Central City Police Department.

Time Force is the first time Power Rangers explored themes like prejudice and racism with “mutants” being a marginalized race. A crimelord from the year 3000 decides time travel will make his life easier. Luckily, the Powers Rangers are here to stop him.

Kara Zor-El was sent to Earth to protect her infant cousin, Kal-El, following the death of their planet, Krypton. After being knocked off course, her ship finally lands on Earth — but Kal-El has grown up and become Superman. He doesn’t need her anymore. So, Kara becomes a hero in her own right: Supergirl.

A Justice League origin story, through and through. The movie coming out November 17 will probably be just a touch darker than this TV show, but if you need a basic JL refresher and don’t want to dive into the comics, this is the way to go.

Young Justice is currently in development for a much-anticipated third season from Netflix, so now is the time to catch up on the first two. The sidekicks (but don’t call them that) of the Justice League band together to form their own superhero team — the result is perfect.