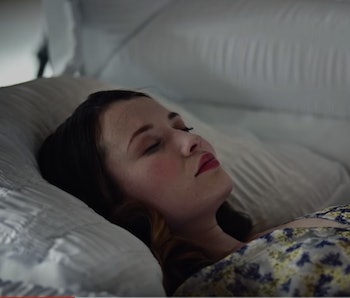 “The first season…doesn’t get us a third of the way through the book,” he said. “Lots of things that are implied or hinted at in the book now get entire episodes. Episode 4 is all about Shadow’s dead wife Laura four years before they even met. You get to follow the course of their relationship and find out what happened to her and find out what she’s doing in the story.”

As Laura is mostly just seen while she’s dead and decaying, and her night time visits to Shadow are cloaked in mystery, the show’s expansion of her plot gives it a chance to develop both characters in a deeper way. It will also give the story a chance to explore the intriguing question of just what does a dead person do with their free time.

More like this
Entertainment
6.23.2022 7:00 AM
The Boys Season 3 Episode 6 release date, time, plot, cast, and trailer for “Herogasm”
By Jeff Spry
Entertainment
6.21.2022 1:00 AM
Game of Thrones sequel could ruin the best part of the series finale
By Alex Welch
Gaming
6.29.2022 9:00 PM
Everything we know about Tower of Fantasy, the upcoming Genshin Impact rival
By Jess Reyes
Share: