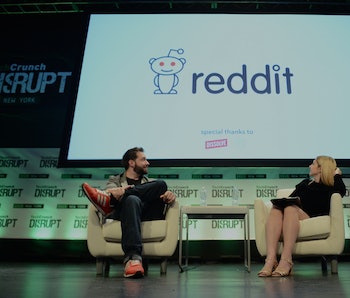 Reddit on Wednesday announced the launch of a brand new subreddit: r/popular. The page will function much in the way the r/all subreddit already does, but with a few changes that are designed to give newer and more casual users a broader picture of what the website has to offer.

Reddit explained in a post on r/announcements that, early on in Reddit’s history, the administrators “cherry picked a set of subreddits to appear as a default set, which had the effect of editorializing Reddit.” It was good for providing some entry points for new users, but not so good at boosting the visibility of less well-known communities. As a result, “the ‘defaults’ have received a disproportionate amount of traffic, and made it difficult for new users to see the rest of Reddit.” Essentially, r/all isn’t actually all the activity that’s going on throughout Reddit.

Newly unveiled r/popular is the solution to that problem, which pulls from a larger range of sources. The posts still need to be highly upvoted to end up on r/popular. When users log in, they’ll continue to be taken to a front page that shows them what’s happening in the subreddits they’re subscribed to. As for someone without an account, when they visit Reddit they’ll automatically be viewing r/popular instead of the default front page. Both logged in users and visitors can toggle between r/all and r/popular.

This is what the difference looks like between r/popular and r/all. You’ll notice the thread from r/The_Donald with the “VERY FAKE NEWS” title isn’t present on r/popular.

Subreddit r/popular employs some stricter filtering than r/all. Communities that are Not Safe For Work (NSFW) and 18+ do not show up, along with ones that have opted out of r/all. Neither do a number of communities that many users on r/all often manually filter out of their own experience. Reddit expanded on that in the comments on its announcement, saying these subreddits include ones “that are large and dedicated to specific games… as well as specific sports, and narrowly focused politically related subreddits.”

Redditor ki85squared used metadata to visualize which subreddits have largely been filtered out by users and posted the chart to r/dataisbeautiful.

A number of video game subreddits are included in the chart, like r/Overwatch, r/DestinyTheGame, and r/leagueoflegends. Political subreddits like r/SandersForPresident are also included. Most of these subreddits appear to be niche locations that casual users might not be interested in seeing.

Perhaps unsurprisingly, r/The_Donald, the subreddit known for its toxic behavior and for fawning over President Trump, has been filtered about twice as much as the runner-up.

While r/The_Donald regulars aren’t likely to be happy about being left out, this kind of filtration represents growing consistency from Reddit in the area of community management. It’s a process that began about two years ago, when Reddit banned five communities, such as r/fatpeoplehate and r/hamplanethatred, for violating its new anti-harassment policy. Last fall, the r/pizzagate subreddit was also shut down.

Reddit looks to be staying the course, even as similar accusations are now being leveled at r/popular. One comment on the announcement said, “So basically it’s /r/all except the reddit admins pick what you see. So totally not biased at all right guys?” Another remarked, “Thanks. I always wanted /r/propaganda.” Still, it’s unlikely that these unhappy reactions will continue to balloon, largely because the average Reddit user’s experience will not be widely affected.

More like this
Culture
17 hours ago
Amazon dropped prices on these wildly popular products & here's what you don't want to miss
By BDG Commerce
Entertainment
Sep. 30, 2022
Rings of Power just changed Tolkien’s Lord of the Rings canon for the better
By Alex Welch
Entertainment
Sep. 30, 2022
Who is Adar? Rings of Power Episode 6 solves the show’s biggest mystery
By Alex Welch
Related Tags
Share: