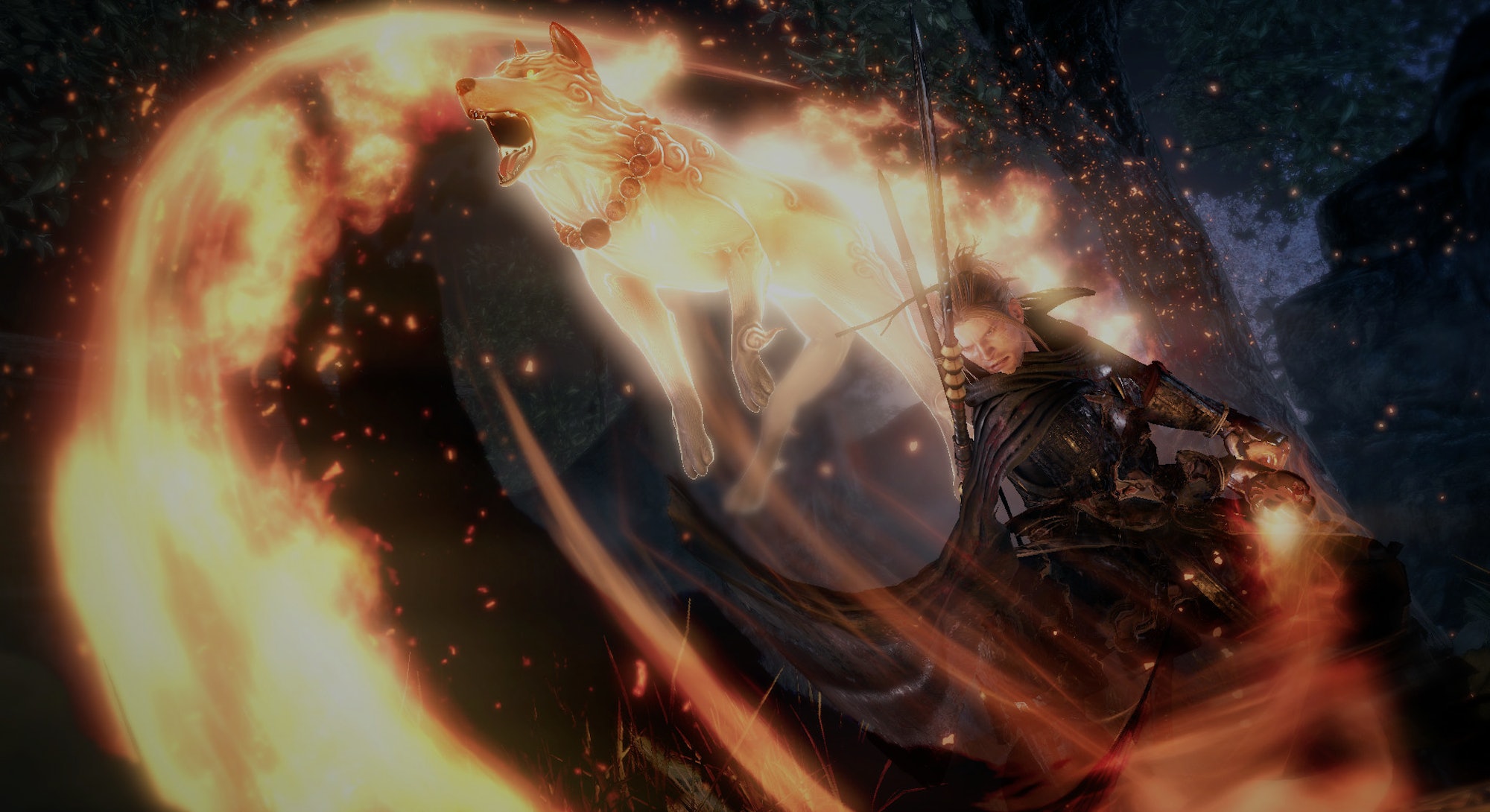 Team Ninja’s latest project is shaping up to be one of the most challenging and rewarding journeys in video games since Dark Souls and Bloodborne. Set in a fictionalized version of Japan, Nioh places players in the shoes of a sailor named William hunting an enemy from England seeking to take advantage of the country’s precious resources. Once you arrive, however, you get pulled into a civil war which has consumed Japan and must help defeat dangerous Yokai which are surfacing during the chaos of the conflict. To say the game gets complicated is an understatement.

Nioh focuses on a stat-based character progression system which you can level up by collecting Amrita from your enemies in the world. Instead of navigating through interconnected environments, however, you’ll be working your way through a series of enclosed mission spaces which house both story and side missions which allow you to unlock additional abilities and collect new pieces of equipment for your character to use in combat. The journey to the end of Nioh is a long one, though, and if you’re just getting started there’s a few things you should know before tackling some of the game’s greatest challenges.

Here’s a few tips to help you get started in Nioh:

Learn to Use the Ki Pulse

Just like stamina in Dark Souls, Nioh’s Ki determines how many times you can attack, block, or use special abilities before you enter an exhausted state. The amount of Ki you use with each combat maneuver depends on the stance your character is in (either low, mid, or high) and the type of attack (light or heavy) being used. When you run out of Ki, you cannot attack or block for a short period until you recover it. During that recovery time, enemies can deal massive amounts of damage if they get a piece of you. The key with combat in Nioh is to manage your Ki both offensively and defensively, which will require getting used to the Ki Pulse mechanic.

Whenever you attack in Nioh, a small cluster of blue lights will gather around your character. By pressing R1 at that point, you’ll perform a Ki Pulse, immediately recovering some Ki from the attack you just performed and cleansing the ground around you of Yokai pollution. The amount of Ki you recover varies based on your character build and timing, but it’ll usually be enough to keep you fighting against stronger opponents for prolonged periods of time. Using Ki effectively and Ki Pulsing to regain it is often the difference between life and death, so be sure to get used to the technique as early as possible.

Master One Weapon at a Time

When you first start up Nioh and complete the game’s introduction, the character creation screen prompts you to pick your preferred weapons. Depending on the weapon you pick, you’ll be awarded stat bonuses for your character — making your weapon and guardian spirit selection similar to picking your starting class in Dark Souls. There’s five major melee weapon groups in Nioh to choose from: swords (focused on balance damage and defense), dual swords (focused on heavy offensive with quick strikes), spears (focused on dealing damage at range with slow attacks), axes (designed to deal heavy damage with slow strikes), and the unique kusarigama (a chain with sickle designed for quick, calculated attacks).

No matter what two weapons you pick at the beginning of the game, be sure to stick with one and work to master it before moving on to your second. In Nioh, each weapon has a specific moveset for low, mid, and high stance which you can change depending on the skills you’ve invested in. Since movesets aren’t set in stone with this system, it’s best to completely understand the capabilities of a weapon to have a solid base in combat situations before expanding into a second weapon.

Instead of being basic tools used for distraction or luring enemies into the open, ranged weapons in Nioh are a force to be reckoned with provided you have decent accuracy. While you are moving through the various missions in Nioh, always be on the lookout for unaware enemies you can eliminate with a headshot from a distance before charging in with your melee weapons. Usually a critical hit (indicated by yellow on your crosshairs) will be enough to drop an enemy in one shot or collapse them to the ground, where you can finish them off quickly with your melee weapon.

Since your character’s arrow- and bullet-carrying capacity is relatively limited at first, be sure to keep an eye on your remaining ammunition out in the field. If you are using them to eliminate opponents from a distance or deal damage to heavier enemies like Yokai, you’ll find yourself running out quickly. While it’s true that enemies can drop arrows and bullets occasionally, it’s more reliable to restock at the blacksmith between missions to keep your supply full.

In each main mission and the occasional side mission, you’ll find a set of little adorable green creatures Nioh calls Kodama hidden throughout the environment. By actively searching for them and collecting them for your shrine, you’ll earn powerful Kodama blessings which net special bonuses, like increasing the amount of Amrita you gain from enemies or the amount of crafting materials they drop. There’s a total of five different blessings you can earn for each region, which will help you farm specific materials for crafting or gain levels at a faster pace thanks to the increased Amrita gain.

Kodama also offer another major bonus. For every few you collect, you’ll earn one more elixir every time you respawn at a shrine, which is useful for keeping your health in the green. Just remember that your Kodama counter resets whenever you head into a new region of the map, meaning that you’ll have to go out and find a new set to regain your bonuses. To help you find them more easily with each passing region, I’d recommend looking for a piece of gear with the Kodama Sense perk, which makes every nearby Kodama easier to find in the wild by marking them on your minimap with a small green blip.