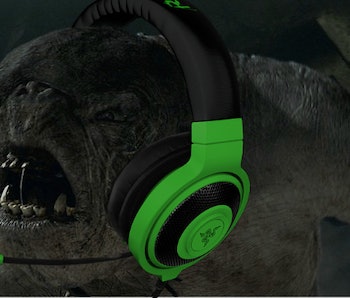 There’s a discrepancy between the number of internet troll attacks and the number of people who own up to being trolls, suggesting that there are a lot of people out there trolling on the low.

Most of us want to assume that these nasty, disruptive sociopaths hide in the dark corners of the internet, far away from the rest of us pleasant, polite folk — but a new study from Stanford and Cornell University suggests they’re hanging out much closer to home. The internet’s missing trolls, it reports, hide where we least want to look: inside ourselves.

“We wanted to understand why trolling is so prevalent today,” said Justin Cheng, Ph.D., the computer scientist who led the study, in a statement. “While the common knowledge is that trolls are particularly sociopathic individuals that occasionally appear in conversations, is it really just these people who are trolling others?”

His research, which involved 667 participants who signed up through a crowdsourcing platform, revealed that everyone has a latent troll inside them, and the difference between behaving like a socially cooperative human and a total asshole on the internet comes down to one dubiously reliable factor: mood.

He came to this conclusion after having his participants complete either an easy or difficult test, respectively designed to induce a good or bad mood. After each individual was asked how they felt after the test, the researchers moved onto phase two of the experiment, asking participants to engage in and add to the Reddit-style comment thread beneath an article they were told to read.

Of the people who were in a good mood after taking the “easy” test and saw the neutral posts, only 35 percent left troll posts of their own. But for people that took the “hard” test or saw the troll posts, that number jumped to 50 percent. Those who had been in a bad mood and seen the troll posts left their own troll posts 68 percent of the time.

The second phase of the test looked at 26,552,104 comments from users who had posted on the CNN website in 2012 and found that the incidence of downvotes and flagged posts increased during times of the day or week (people are most positive in the morning and on weekends) that are normally associated with a bad mood. And in phase three of the experiment, an algorithm was taught to predict whether a post on a comment thread was going to be flagged. The most telling factor was whether a user’s previous post in the thread had been flagged, suggesting that bad internet behavior came in bursts and was context dependent.

“It’s a spiral of negativity,” said computer scientist and senior author Jure Leskovec, Ph.D., in a statement, explaining that all it takes is one person to spark a wave of negative sentiment that, in turn, convinces others it’s okay to treat each other badly online. The most important takeaway is that the people who set off these spirals weren’t necessarily sociopathic or straight-up jerks; while they could have been, they also might have just been regular people who were cranky after a long day at work.

The researchers, who are presenting their paper at the upcoming Conference on Computer-Supported Cooperative Work and Social Computing, hope that internet moderators will take the results into account when designing their message boards; a “cooling off” period for people who have just been flagged, for example, might help curb the spread of negative sentiment.

It’s helpful for the rest of us, too. The next time you react angrily to an inflammatory comment on your Facebook or Twitter, stop and ask yourself: Who’s the real troll here?