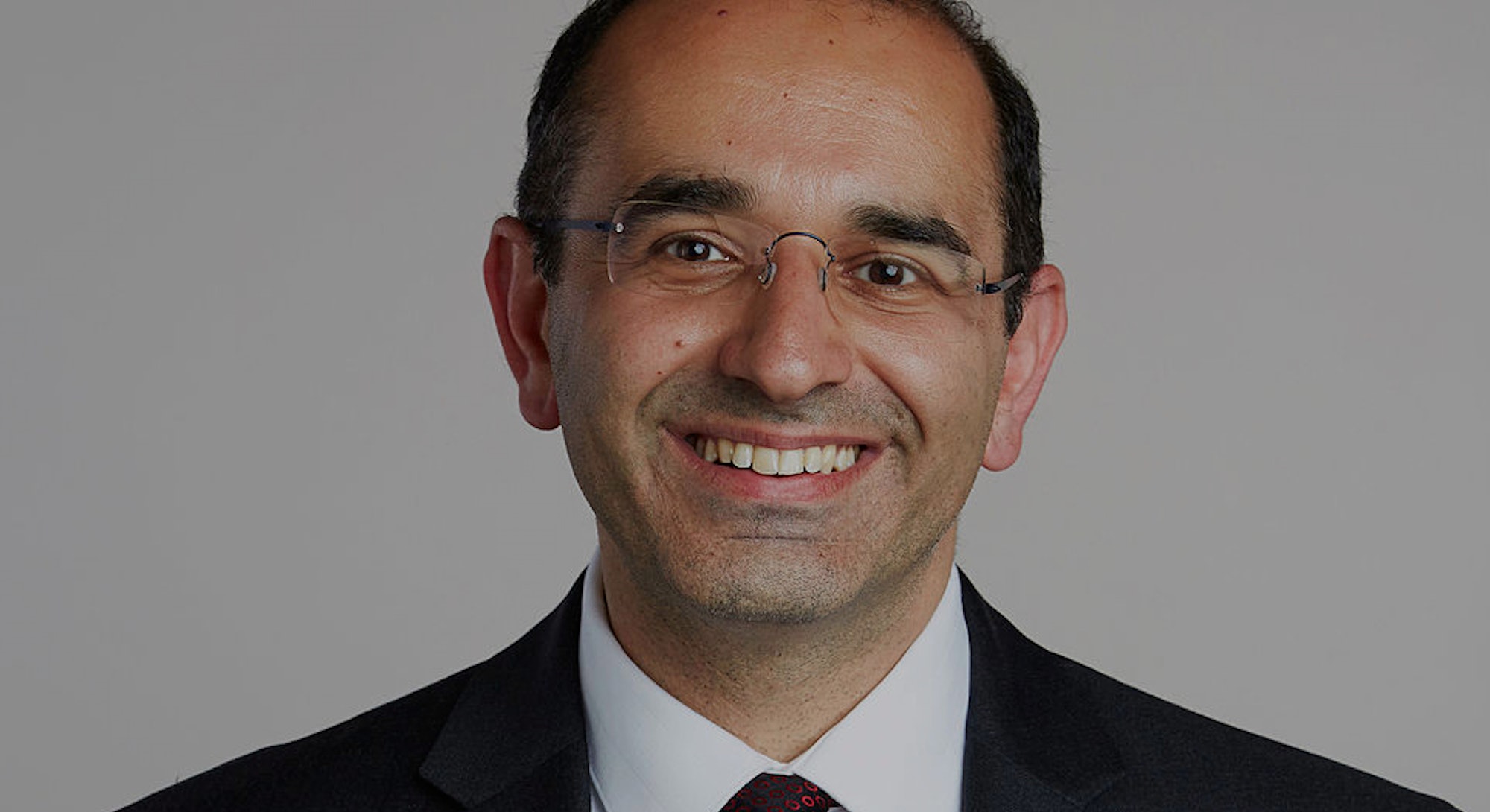 With a stroke of a pen on Friday, U.S. President Donald Trump enacted a sweeping ban on travel to the United States for citizens of seven Muslim-majority countries with a combined population of over 210,000,000. Presented as the cornerstone of a plan to prevent domestic terror attacks despite little evidence to support its efficacy, the executive order immediately halted the free-flow of scientific ideas across borders and did outsized damage to the sizeable Iranian-American scientific community. Though illegal elements of the “Muslim Ban” were walked back in subsequent days, Trump has successfully constructed a wall capable of keeping out new ideas generated by some of the most gifted researchers on the planet.

It is impossible to fully account for the intellectual loss, especially given that a generation of foreign-born American college students may stay away or head for Canada. But it is possible to provide an abbreviated “Who’s Who” of the great minds no longer welcome in the United States. These thinkers, hailing from Iran, Iraq, Sudan, Somalia, Yemen, Syria, and Libya, may no longer be able to collaborate with Americans. Some of these scientists may be allowed back in once the language of the ban is more fully explained to the American people and to the world, but it remains unclear if that will be feasible over time. The ban has been described as temporary and will be replaced with new vetting procedures, but it’s no sure bet what those procedures will look like.

What is a sure bet is that the ban will have a chilling effect on collaborative research and that it will affect people who, for the good of all humanity, should be thinking about something else.

Zoubin Ghahramani is a professor of information engineering at the University of Cambridge, where he leads 30 researchers in the Machine Group. Born in Iran, he achieved his Ph.D. in cognitive neuroscience from the Massachusetts Institute of Technology, and completed a post-doc at the University of Toronto in the computer science department’s Artificial Intelligence Lab. In 2013, he received a $750,000 award from Google for research contributing to the Automatic Statistician — an artificial intelligence for analyzing and interpreting data.

Abbas Edalat is an Iranian-born professor of computer science and mathematics at Imperial College of London. He’s also the founder of Campaign Against Sanctions and Military Intervention in Iran, an organization that pushes for diplomacy and dialogue between Iran and the United States. He told Times Higher Education that, while he is a citizen of both Iran and Britain, he stopped submitting applications to attend academic conferences in the United States last year. At a moment when Trump appears intent on escalating tensions with Iran, Edalat’s expertise is sorely needed stateside.

Majid Hassanizadeh, from Iran, is a hydrogeologist and geoscientist with Utrecht University in the Netherlands. He has more than 200 academic publications to his name, and his research interests include the bioremediation of toxic sites and the disposal of radioactive waste underground. His Ph.D. is from the department of civil engineering at Princeton University, and he is a member of several American academic organizations, including the American Geophysical Union, the American Association for Advancement of Science, the Soil Science Society of America, and the National Ground Water Association.

Reza Iravani is an Iranian electrical engineer who teaches at the University of Toronto, Canada. He is the founder and director of the Centre for Applied Power Electronics, and among his research interests is in the integration of renewable energy sources and smart grid technologies into power distribution infrastructure. He is a fellow of the Institute of Electrical and Electronics Engineers, and Editor-in-Chief of the journal IEEE Transactions on Power Delivery.

Mohammad Reza Hafeznia is a professor of political geography at Tarbiat Modares University in Tehran. He has authored 20 books, mostly in Persian, on various aspects of political geography and is the founder of the Iranian Association of Geopolitics. His resume lists 29 countries he has visited in his work; the United States is not among them.

Reihaneh Safavi-Naini, from Iran, is the director of the Institute for Security, Privacy, and Information Assurance at the University of Calgary, Canada. Her research covers cryptography, information security, and internet privacy. She is a member of CryptoWorks21, a research group with the aim of “developing next-generation quantum-safe cryptographic tools for the 21st century.”

Majid Samii is an internationally renowned neurosurgeon and medical scientist. He grew up in Tehran and studied medicine in Germany. He has devoted his life to the advancement of neurosurgery and especially to the education and training of neurosurgeons around the globe. In 2011 the World Federation of Neurosurgical Societies renamed its award, granted every two years to the top neuroscientist in the world, the “Madjid Samii Medal of Honor.”

Farrokh Saidi is an Iranian surgeon and medical scholar. He is currently a professor of surgery emeritus at Shahid Beheshti University of Medical Sciences in Tehran, and practices both general and thoracic surgery. His medical degree is from Harvard University. He founded the Iranian Society for the Study of Esophageal Cancer, and is a member of medical and surgical societies in Iran, England, and the United States.

Jawad Salehi is an Iranian scientist, born in Iraq, who currently teaches electrical and computer engineering at Sharif University of Technology in Tehran. He is one of the most cited researchers in computer science, thanks largely to his pioneering work on Optical Code Division Multiple Access, a technique that relates to transmitting information through optical fiber networks. His Ph.D. is from the University of Southern California, Los Angeles, and he was elected to the Iranian Science and Culture Hall of Fame in 2010.

Fereidoon Shahidi is an Iran-born biochemist and researcher in the area of food and technology at Memorial University of Newfoundland in Canada. He is among the most frequently cited scholars in the area of food, nutrition, and agricultural science in the world. He has made significant contributions to nutrition, disease risk reduction, and the practice of aquaculture. In 2005 he received the Stephen Chang Award from the Institute of Food Technologists.

Amin Shokrollahi is an Iranian professor of mathematics at the École Polytechnique Fédérale de Lausanne in Switzerland. He is well known for his work in the field of coding theory and algebraic complexity theory, particularly with regards to the development of tornado codes, raptor codes, and chordal codes. He has received several awards for innovation in these areas.

Hamid Soltanian-Zadeh is an Iranian biomedical engineer with close ties to institutions in both Iran and the United States. He is currently a professor at the University of Tehran, where he founded the Control and Intelligent Processing Center of Excellence. However, he also is a senior scientist with the Henry Ford Health System’s radiology department in Detroit, where he directs research initiatives as the head of medical image analysis group.

Lihadh Al-Gazali is a geneticist from Baghdad, Iraq. She is currently a professor of clinical genetics and pediatrics at United Arab Emirates University, and has been heralded as one of the leading geneticists in the Middle East. She helped to establish the Centre for Arab Genomic Studies, a registry that tracks birth defects in the UAE, and received the Hamdan Award for her contributions to the fields of medicine and health.

Ghanim Al-Jumaily is an Iraqi politician and scientist who currently serves as the ambassador of Iraq to Saudi Arabia. He earned a Ph.D. in electrical engineering from the University of New Mexico, in the field of optics, and worked for a time at NASA’s Jet Propulsion Laboratory on optical systems for the Mars Pathfinder landrover.

Jim Al-Khalili is a British theoretical physicist, born in Iraq, who teaches at the University of Surrey in England. He is the editor of three textbooks in nuclear physics, and has written more than 100 peer-reviewed research papers and academic book chapters. He is also an ardent science communicator — each week he hosts a BBC Radio show called The Life Scientific where he interviews leading scientists about their work.

Yaman Abou Jieb is a young scientist and entrepreneur from Damascus, Syria. In 2015, at the age of 22, he won the top prize in a televised science competition for his invention of a solar-powered washing machine that he calls “Glean.” With the $300,000 in prize money he hopes to bring his product to market and make it available in Syria, where power shortages are increasingly common, and also to other parts of the world where power and water efficiency is paramount.

Hashem Al-Ghaili is a young science communicator and social media researcher from Yemen. He has amassed a large Facebook following for producing and sharing videos and other content about scientific discoveries, and currently works for the website Futurism. In a recent video he said that the ban on Yemenis entering the U.S. is nothing new, since the visa application process had already been extremely arduous, with a rejection rate of 97 percent.

Mohamed Osman Baloola is a Sudanese biomedical engineer who has distinguished himself with the invention of a device that helps people with diabetes monitor the disease and share information with doctors and loved ones remotely. He was named on a list of the 500 most influential Arabs in 2012 and in 2013.

Hawa Abdi Dhiblawe is a medical doctor and human rights activist from Mogadishu, Somalia. She trained in the former Soviet Union to become Somalia’s first female gynecologist. During the 2011 drought she housed 90,000 people on the land surrounding her medical clinic, providing basic services and healthcare to anyone in need. She was nominated for the Nobel Peace Prize in 2012.

Alaa Murabit is a Canadian and Libyan physician who advocates for peace and women’s rights. She grew up in Canada until she graduated high school at age 15, and then left for Libya to train as a doctor. In 2011 she founded The Voice of Libyan Women in the midst of a political revolution, sensing an opportunity for women in that country to stand up and assert their rights. She has received numerous accolades for her work, including being named as one of the Forbes 30 under 30 in 2017.