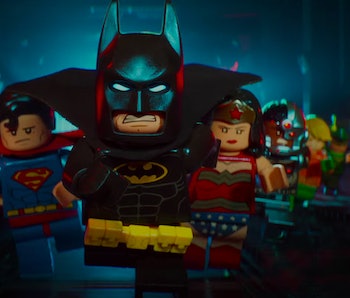 The Lego Batman Movie already appears to be one of the best superhero films DC has put out in recent memory, so fans are wondering if director Chris McKay can’t just get a live-action DC film of his own. Apparently, McKay wonders that same thing.

Chris McKay served as co-director of 2014’s massively popular The Lego Movie. He is currently directing The Lego Batman Movie, which is a spin-off of Will Arnett’s popular Lego Batman character from the previous film. Thanks to the established visual style of the Lego Movie as well as Lego Batman’s less-than-serious tone, the upcoming DC superhero film has a real shot at becoming a critical hit for DC and Warner Bros. as opposed to films like Batman v Superman and Suicide Squad.

Now fans are asking on Twitter whether or not McKay can bring this kind of swagger to the live-action DC Extended Universe, which desperately needs a little of Lego Batman’s levity.

McKay is a veteran animation director, having directed animated shows like Robot Chicken and Moral Orel for Adult Swim. Lego Batman is McKay’s feature film debut, and judging from the trailers, he’s approaching the film with the same level of confidence the first Lego Movie utilized when it proved critics and naysayers alike wrong with its heartfelt and wholly original story.

Based on all three directors’ backgrounds in irreverent animated shows, it’s not hard to wonder what McKay can bring to DC’s live-action films if given the chance to flex his live-action directing muscles.