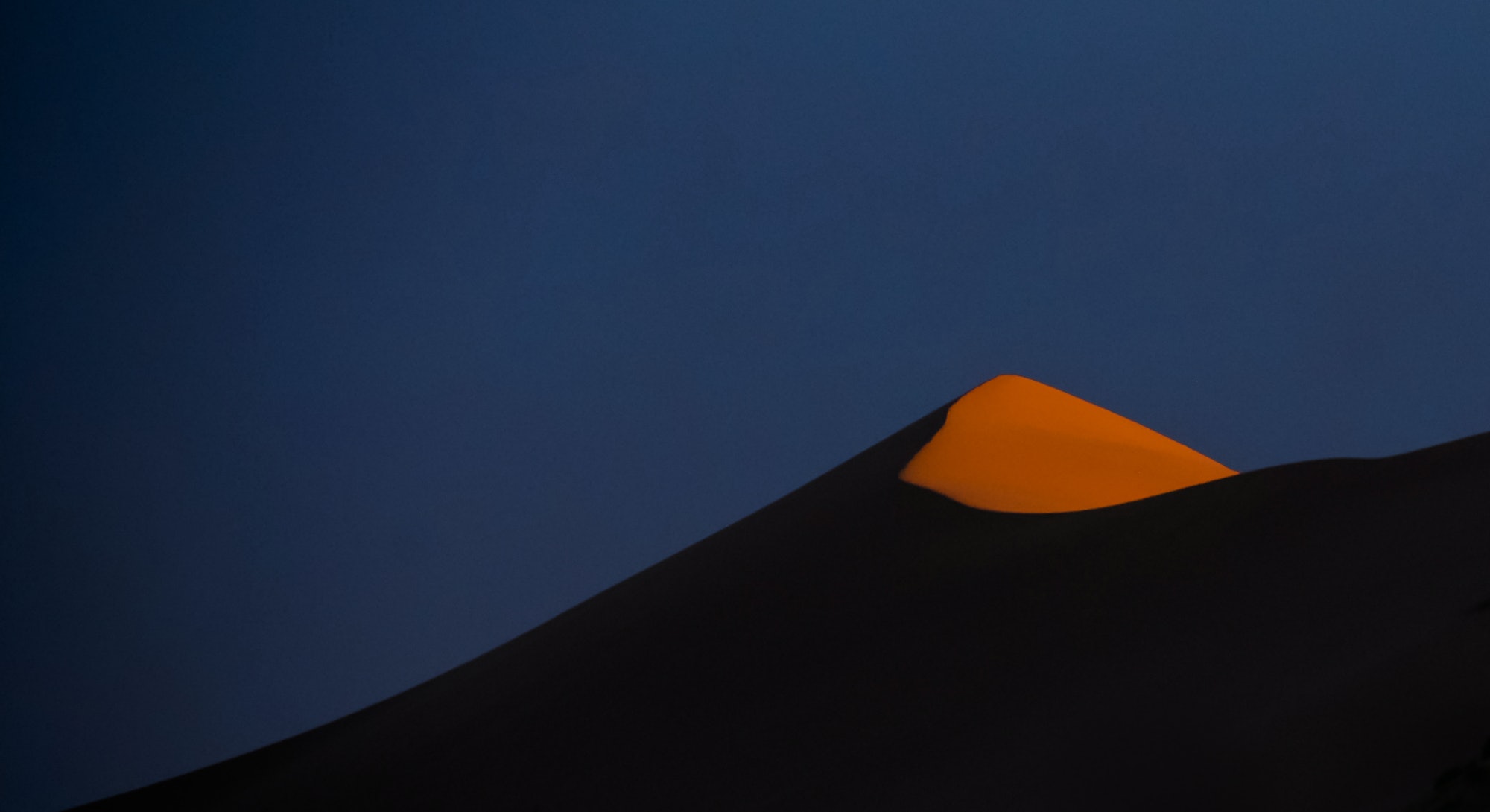 Bolortsetseg Minjin grew up on top of dinosaur bones. That’s not unusual in Mongolia. What was unusual about her childhood is that she saw them and learned the difference between a tarbosaur and a protoceratops early. Her father, a prominent paleontologist trained in Russia, worked in the Gobi Desert, looking for the sorts of fossils that made diggers like the American Museum of Natural History’s Roy Chapman Andrews famous in the 1920s.

Bolor followed in his footsteps and earned a Ph.D. in vertebrate paleontology from the City University of New York (supported by AMNH). But she’s keenly aware that her fervor isn’t necessarily shared by her neighbors. Many Mongolian dinosaurs are better known in the West than they are in the towns and villages where they were discovered. When Bolor holds workshops in local schools, the students often can’t name a single dinosaur. When she tells them about the velociraptors that once stalked their neighborhoods, minds are blown.

Bolor wants to blow more Mongolian minds, but it’s a hard, lonely job that is only getting harder and lonelier because the paleontologists who worked alongside her father are retiring and there’s a dearth of qualified people to step into research and communication roles. That’s why she’s making plans to build a dinosaur museum in the Gobi Desert. It’s also why she got herself a bus.

Bolor’s bus, donated by the American Museum of Natural History, is a mobile dinosaur museum on off-road tires. In a massive nation with poor infrastructure, this is how you show people their natural heritage — one bumpy drive at a time.

“That museum really made a difference for the kids,” she says. “Every kid comes out so excited — some kids have never even been in a museum.”

A bus is great, but permanent dino infrastructure would be way better. Ultimately Bolor wants to erect institutions in each of Mongolia’s seven dinosaur-rich regions. The idea is that these institutions would become hubs for local dinosaur tourism economies that will give communities a reason to learn about dinosaurs and care about their preservation. The best case scenario, Bolor creates a sort of dino-destination not unlike Drumheller, Canada. At minimum, she creates repositories. After all, museums would give people a place to put the fossils they uncover, which is more needed than you might think.

“We didn’t know what to do,” Bolor says of a recent accidental discovery by some tourists in the Gobi. “I had a park ranger with me, but she didn’t have the skill to dig out that fossil. Even if she had the skill, she has no place to store that fossil. If she even had a place to store it, she doesn’t have the lab to prepare it. It’s one problem after another that we were facing.”

Mongolia has been a destination for paleontologists since Chapman Andrews found the first fossilized dinosaur eggs almost a century ago. The government of the day, not too pleased to see the Americans waltz in and make off with treasure, enacted a law declaring that all fossils would henceforth belong to the country. That was great in theory, but, in reality, minor pillaging began almost immediately then ramped up after the fall of the Soviet Union, when the country’s borders opened.

“When I was in college, I heard about these dinosaur eggs people were selling. A student in my university, he was carrying a dinosaur egg and wanted to sell it to some foreigner or tourist,” recalls Bolor. “When we were going through this transition, going to an open market economically, people’s lives were very hard. People really wanted to sell anything so they can have food on the table.”

By the late 1990s, though, the international black market in fossils had become borderline corporate. A Tyrannosaurus rex sold at an auction in 1997 for $8 million and word got out that the Gobi Desert had tons of fossils, including many specimens of Tarbosaurus bataar, a close cousin of the T. rex, with few people keeping a close eye on it.

Arguably, the Gobi has the best collection of dinosaurs anywhere on the planet. It’s known not only for the sheer volume of specimens, but for the diversity and exceptional preservation. Even after 80 million years, many bones are still suspended in place as though still supported by muscles and ligaments. The bones tend to be bright white — another attractive feature for those who see fossils more as showpieces than as specimens.

Poachers work with varying degrees of resources and skill. The best-funded operations carefully remove entire skeletons, but most of the time the excavation is an amateur affair. Robbers bash through bone to get to the most valuable bits — claws, teeth, hands, feet, skulls. “They do a real hack job of it,” says Philip Currie, a paleontologist with the University of Alberta who has studied Mongolia’s dinosaurs for a quarter century. “We would take tour groups out there in some cases, and a lot of people would say they would never go back to the Gobi — they were just so discouraged to see all of these destroyed specimens.”

A friend of Currie’s photographed a site with nine tarbosaur skeletons over an area of five or six acres in the mid-1990s. “When I went in the year 2000 for the first time to that particular site, there were none of them. They had all been destroyed,” he says.

Bolor founded the Institute for the Study of Mongolian Dinosaurs in 2007, with an eye towards building up her country’s paleontological resources. When news of a Tarbosaurus bataar skeleton up for auction in New York City reached her, she stumbled into a new role: de facto lead on the repatriation of stolen Mongolian dinosaurs.

“Luckily I found out about that auction just three days before the auction date, and reported it to the Mongolian government,” she says. The president got involved. A judge ordered that the auction not proceed. It proceeded anyhow, and the dinosaur sold for more than a million dollars. But the transaction never went through. The seller, Eric Prokopi, ultimately pleaded guilty to crimes related to the import of the bones, and was sentenced to time in jail. A year of bureaucratic wrangling later, the tarbosaur returned home.

This was a moment of enormous symbolic importance. In a fight between a small, poor country and the interests of foreign capital, Mongolia had won. The dinosaur was nicknamed Mongol Bataar — “Mongolian hero” — and indeed it was given a hero’s welcome. Seven hundred thousand of the country’s three million residents came to see it while it was on temporary display in the capital of Ulaanbaatar. The government announced that it would commission the country’s first dinosaur museum, to give the national hero a proper home.

But when the fanfare died out, there was still much work to be done. Bolor was hired on as chief paleontologist for the new dinosaur museum. “It was really hard,” she says. The building — an old Lenin attraction — was in disrepair. Her staff was eager but untrained in dinosaur and museum science. And a facility in the capital is great, but it does little to help rural areas where the dinosaurs actually are. As it stands, most tourists hire tour guides from Ulaanbaatar to take them to the Gobi, and local communities see minimal benefits. After six months with the new museum, Bolor left that role to return to her work with the institute, including efforts to repatriate more Mongolian dinosaurs to help fill that museum.

That effort has been very successful. More than thirty specimens have been brought home, including a tarbosaur skull that briefly belonged to Nicolas Cage. There seems to be less active poaching in Mongolia, and the international trade has quieted down. That’s great, but it’s not a solution, says Bolor. “We can’t keep doing this repatriation thing, keep doing, and doing, and doing. We have to reduce this problem.”

Ultimately, Bolor needs scientists — paleontologists, fossil preparation specialists, museum curators. Her institute is already facilitating international training for some new recruits. Her list of potential dinosaur experts is long, though many will have to tackle the challenges of puberty first.

Recently, Bolor found herself describing the job of a paleontologist to a sixth- grade class. One of the kids asked if it might be possible for them to become paleontologists. “Of course,” she said. The kids decided right then that they would form a fossil club. One of them asked for a show of hands, and started taking down names.