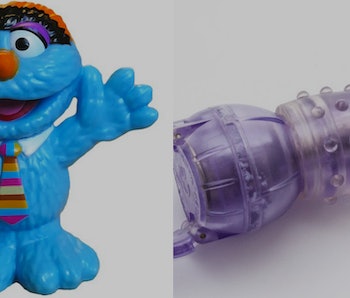 If you were ever curious whether kids’ toys or sex toys were more likely to kill you, the Swedes have got your back. According to new research conducted by the Swedish Chemicals Agency, just 2 percent of 44 imported brands of sex toys contain banned chemicals. In contrast, the organization found that, in 2015, approximately 15 percent of 112 imported children’s toys had banned chemicals.

“It is positive that most of the products have passed the inspection without complaints, even though sex toys may contain harmful chemicals,” Friday Ramström, an Inspector at the SCA, said in a statement. “Our investigation indicates that companies in other sectors can learn from the work of sex toy companies on chemical issues.”

The electrical sex toys examined did not contain any forbidden substances, unlike the 38 percent of electrical low-price products found to have banned chemicals by the SCA in 2016.

Why are Sweden’s import of sex toys safer than kid’s toys? SCA spokesman Björn Mamström told The Guardian that the organization suspects it’s because sex toys are imported by larger companies that have the financial purchasing power that lets them avoid harmful products. Children’s toys, he reasons, are imported by smaller businesses — a mom and pop toy store has a smaller workforce and less purchasing power.

But while Sweden’s sex toy imports appear to be safe, it doesn’t give all sex toys a ubiquitous pass. According to a paper in the Berkeley Journal of Gender, Law, & Justice, sex toy manufacturers [are frequently excused from following the Federal Trade Commission’s regulation policies for toxic chemicals, design flaws, and misleading packaging. Because phthalates are used to inexpensively produce soft and flexible plastic, author Emily Stabile, Ph.D., argues that there’s a pressing need for the United States government to regulate the sex toy industry.

Besides, even if chemicals aren’t regulated, it doesn’t mean that sex toys can’t hurt you: A 2015 Consumer Product Safety Commission report found that between 1995 and 2006 approximately 6,800 Americans were treated for sex toy injuries.

More like this
Science
Jan. 31, 2023
If Alien Life Exists on an Ocean World, It May Follow These Chemical Rules
By Kiona Smith
Science
Jan. 23, 2023
Look! Webb Telescope finds icy ingredients for organic chemicals in deep space
By Kiona Smith
Science
Feb. 2, 2023
Scientists Created A New Type of Ice — It Could Also Exist On Distant Moons
By Rahul Rao
LEARN SOMETHING NEW EVERY DAY.
Share: