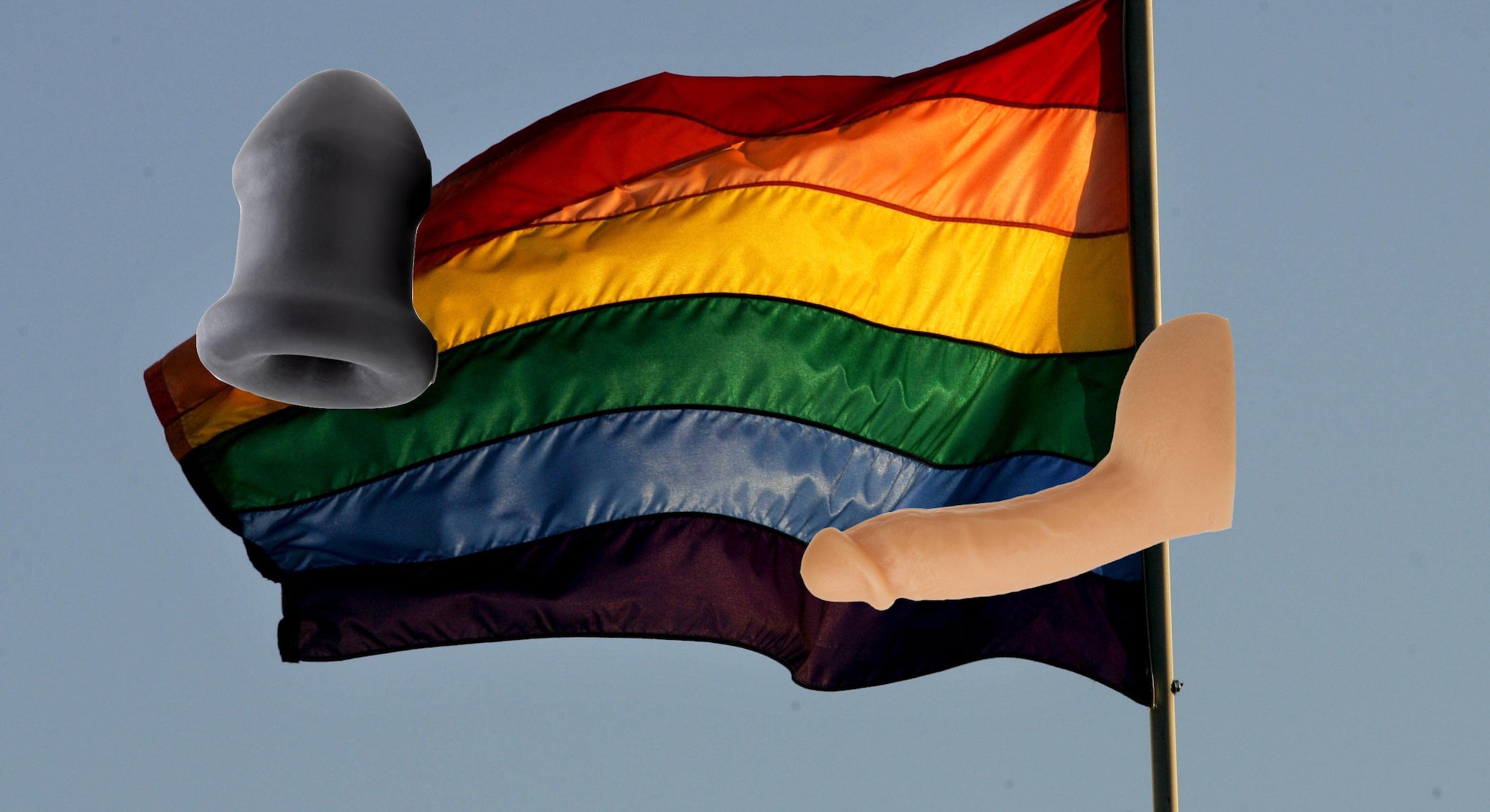 According to market research group Statistic Brain, global sales of sex toys were estimated to reach $15 billion in 2014. Some say that number could swell to $52 billion by 2020. It’s unclear exactly what portion of that revenue comes in from LGBTQ people, but there’s plenty of reason to believe that number is likely to grow. LGBTQ toys have low market penetration at the moment.

“A couple of interesting things have happened in the past two years,” says Sexuality and Relationship Educator Sarah Sloane who also worked as a manager for five years at Chicago’s sex toy shop Pleasure Chest. “We’ve started to see more and more marketing that has been driven by people who are LGBTQ-identified, both in terms of manufacturers and in terms of the people who are doing the products imagining and the creation of it.”

“The LGBTQ+ segment of the market would be considered ‘niche,’ which is one of the reasons I love focusing on it,” says Stephanie Berman, owner and the president of the Semenette. “It’s still somewhat of an underrated and overlooked segment of the market… I would actually be interested to see just how much of that $15 billion is a result of the LGBTQ+ community; I think people would be surprised.”

The Semenette, Berman’s marquee product, is a sex toy for lesbian women that mimics traditional intercourse through its proprietary inner tubing and pump system, which also recreates the experience of traditional ejaculation. She created it while trying to conceive with her wife and discovered that it filled more than one gap in the market: It was an effective sex toy. Berman wasn’t and isn’t particularly profit motivated, but she’s enjoyed selling her product to a community of users and talking to them about it.

That strategy has worked. Because Berman isn’t trying to please everyone, she’s more able to take feedback into consideration. She has a real relationship with her clients and that is helping her create a truly differentiated product.

“In many ways, I believe you have to be your market to effectively sell to your target market,” says Berman. “So many sex toy companies are run by heterosexual men or women, who don’t truly understand the needs, desires, and/or nuances LGBTQ+ members are seeking. I think it would be challenging for me to create a product for the heterosexual male market, seeing as I have no idea what it feels like to have a penis. Could it be done? Surely. However, I think you would receive a fair amount of pushback from whatever community you are targeting if you are not a part of it. I’m all for being inclusive and trying to create products for every person, but I do think this is one of the major challenges companies face when designing products for anyone, especially the LGBTQ+ market.”

Beyond the Semenette, there’s a slew of other products that have been created with a targeted audience kept in mind. Wet For Her, which specifically designs toys for women who play with other women and shapes toys to connect women’s bodies. German business MEO has engineered vibrating cock rings that stimulate both the base of the scrotum and just outside of the anus for men who sleep with men.

Those toys are, in essence, variations of aging classics. The more innovative technologies are being created for trans men and women. The Buck-Off is a good example. It’s a FTM (female to male) stroker, the brainchild of prominent trans activist and performer Buck Angel. When a transman starts taking testosterone during transitioning, the clitoral tissue enlarges. The Buck-Off stimulates that area of the body.

“Buck had the idea of this sex toy and approached us to produce it,” says Perfect Fit Brand CEO Steve Callow. “We recognized that the trans market has been overlooked by the industry, and here is a terrific example of how a product specialization is required. Our FTM line has helped validate this community and has been reported to be an important sexual wellness product.

And the Buck-Off’s innovation definitely caught people’s attention. It won the 2017 XBIZ Award for Specialty Product/Line of the Year, a major honor in the adult industry.

“Having products that actually embrace those bodies is really critical,” says Sloane. “I think we’re going to see more and more of it over the next few years.”

The Semenette and the Buck-Off aren’t going to do the job for everyone, but they will make some consumers very happy. And that’s the point. LGBTQ people are demanding better products and getting them at a moment when heterosexual-oriented companies like LELO are trying to reinvent previously hideous products or trying to market gimmicky experiences. Progress is being made, but not everyone started at the same spot.