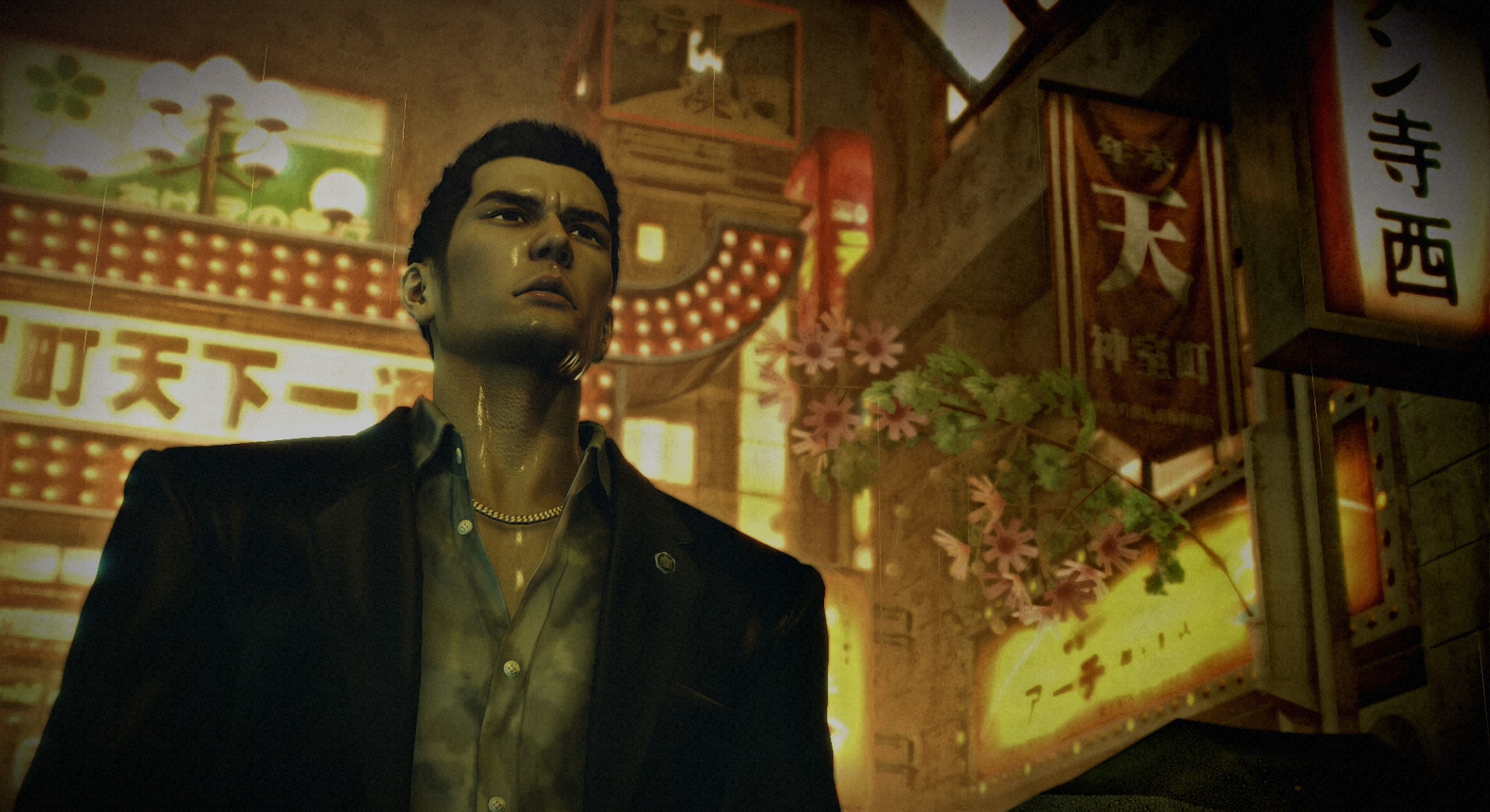 When I first dove into Yakuza 0 as Kazuma Kiryu, I had no idea what to expect from one of SEGA’s longest running franchises. I slowly began to learn how fighting worked as I punched my way through drunkards, street hooligans, and delinquents looking for the person who betrayed me. But as a newcomer, I never felt overwhelmed as someone who hadn’t touched Yakuza before, and that’s honestly Yakuza 0’s greatest achievement.

Set in during a late ‘80s December, long before the events of previous Yakuza titles, Yakuza 0 is a prequel which follows two characters: Kazuma Kiryu and Goro Majima. Over the course of the game, you swap between both while you unravel the greater story behind Yakuza 0. While both character’s individual stories are part of the bigger picture, they remain grounded in two separate narratives, meaning you shouldn’t experience any confusion due to random character swapping or different perspectives on certain events in the story. By keeping them isolated, Yakuza 0 presents two easy-to-understand narratives that are packed with fantastic moments for fans and newcomers alike.

Even though they remain relatively isolated, both Kazuma Kiryu and Goro Majima’s stories represent some of the best elements of crime fiction players have come to expect from the Yakuza series. Often, you’ll find that a character’s true intentions and motivations remain a mystery no matter how hard you pry, and that regardless of how much you think you know, an aura of mystery will always surround major development throughout Yakuza 0’s story.

Thankfully though, the latter always has a purpose, which reveals itself with style through the game’s cut scenes and writing. Naturally, the usual suspects are individuals you’ll have to worry about, but Yakuza 0 often twists those who seem harmless into great threats as well.

Friends become foes, casual associates become your greatest allies, and random people in the streets become masters who can teach you a thing or two about fighting to improve your odds.

Take the opening act for example, where you play as Kazuma Kiryu following a money collection job. Once you rough up a businessman for a client and head out for a night on the town, things get complicated as your target is found dead courtesy of a bullet you didn’t deliver. Suddenly the tone of Yakuza 0 shifts entirely, and you find yourself in the middle of a murder mystery that forces you to question friends and associates Kiryu is said to trust.

How Yakuza 0 frames the usual suspects in an untrustworthy light is what I loved about its sense of mystery, namely because as the player you slowly get to peel back the layers to find out who the true perpetrator is. In most cases its a multi-tiered mystery that encourages you to constantly question everything you learn as you dig into your surroundings. But the best part? Yakuza 0 only reveals the truth once you’re leaning in a completely different direction.

As one might expect of the Yakuza franchise, Yakuza 0 also features an extremely detailed fighting system to complement its narratives. Both Kiryu and Majima have three distinct fighting styles each that unlock as you progress through the story. Each style comes complete with a base set of moves, combat focus, and an entire upgrade tree that you can invest in with in-game money.

Each of these fighting styles is built around a specific goal in combat, such as overwhelming your opponent with raw power or moving around them with superior speed. While you could go through the game only using one specific fighting style, Yakuza 0 is best played by swapping around depending on the situation at hand. Certain enemies can easily knock you down if you don’t swap styles to counter their strengths — so investing time in every available one is key to success.

Take Kiryu’s Brawler style for example, which is the basic one you start with. It features a set of slower, more powerful moves that you can use to retain control in a fight against large crowds of opponents, but one that ultimately fails in many one-on-one fights with tougher enemies. This is where the additional styles come into play, such as Rush style, which allow you to move and punch quicker for those one-on-one encounters.

Since Yakuza 0 works to integrate each fighting style into the combat system, you’ll have to learn every combo and practice with every style available to you if you want to succeed without getting lucky. Since major fights in the story don’t hold back (even on Normal difficulty), I found myself on the ground more than once because I simply refused to swap fighting styles. It’s a frustrating mechanic to get used to at first, namely due to the wide set of moves available across every style, but one that Yakuza 0 is more than fair about.

Sure, it may be difficult for newcomers to master, but not because the game does a bad job of explaining the thought process behind each style. The great thing about the easy-to-learn, difficult-to-master approach is that you truly feel a sense of accomplishment when you win your first big fight. One certain task took me a dozen tries on the Normal difficulty setting.

Regardless of how familiar you are with the Yakuza franchise, Yakuza 0 is worth a look not because of its humorous dialogue, witty storyline, or wonderful combat, but because of how Yakuza 0 introduces the franchise to newcomers. Because the game’s a prequel, and the way it introduces each new aspect, you don’t have to worry about feeling overwhelmed or confused no matter how complex the game gets. That’s Yakuza 0’s greatest triumph.