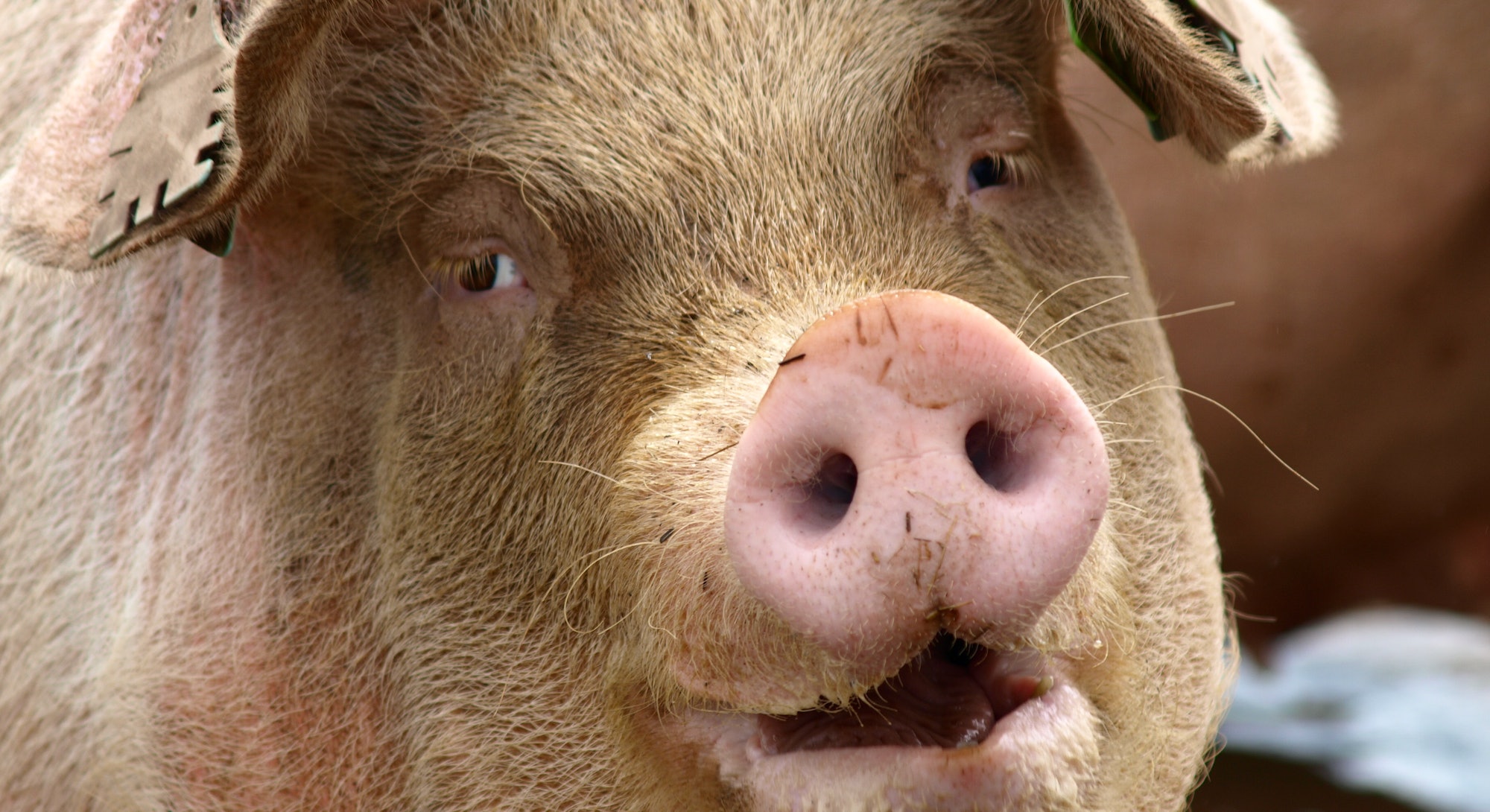 Hitler wasn’t just interested in human biology and genetics. Under his rule, Germany devoted enormous resources to the creation of new strains of plants and new breeds of animals in an attempt to create a truly independent country. Those efforts drove colonial and military expansion into countries with different climates and agricultural products. And those efforts both drove and were driven by nationalistic sentiments that are not and were not unique to the Nazi regime.

Which is why Tiago Saraiva really wants to talk about pigs.

A historian of science and technology at Drexel University, Saraiva just released Fascist Pigs: Technoscientific Organisms and the History of Fascism, a book probing how the geneticists living in the Fascist regimes of Germany, Portugal, and Italy in the 1920s and ‘30s offered solutions to the crisis of agricultural industrialization. It’s a history of the history that is often left out — a story about what happens when science inspires the ambitions of propagandists, racists, and unscrupulous populists.

Saraiva, who is eager to bring up these issues as Donald J. Trump takes office and automation becomes a topic of conversation, spoke to Inverse about nationalist swine.

What made a pig a fascist pig?

That’s an easy one: It had to be fat and had to only eat things that grew on the national soil. These are pigs developed by German geneticists interested in developing new organisms that were able to materialize notions of self-sufficiency so that the German people could stop importing stuff from aboard.

The fat thing was important because Germany didn’t have access to vegetable fats. It was quite important to develop domestic sources of fat. While geneticists in the West developed leaner pigs to increase their protein content, Germans were actually developing pigs that were fatter. These are the fascist pigs and a new organization of how you produce food in Germany was built around them.

The Nazi regime is not necessarily associated with agricultural innovation. Why do you think this is a critical part of that terrible history?

People, when they think about genetics and Nazis, they tend to think about human genetics, and eugenics, and things like this. Those are of course important issues and I’m not saying forget about that. My argument is that one should also think about the biology of fascism and about food.

Bringing in this connection between food and fascism leads us into the most violent dimensions of fascism.

How does it do that?

A country can only be independent if it has its own empire. This is why Germany expanded and attacked Eastern Europe and why you have the invasion of the Soviet Union. Italy occupies Libya and Ethiopia, and Portugal intensifies its colonization efforts in Africa, in Angola and in Mozambique. And the idea, in all of these cases, is to make these new imperial territories part of the national economy and build these self-sufficient blocks. And all of the reasoning is around food, which is at the center of all these expansionist movements.

The most unexpected case, and maybe the most revealing one, is the story of the development by German plant breeders making a substitute for rubber. They were cut off from any source of natural rubber, which came mostly from Southeast Asia, so German chemists make huge efforts to develop a synthetic kind of rubber. That’s why you have a huge factory in Auschwitz for artificial rubber. But you also have at Auschwitz — and this is a lesser known story — an agricultural experiment station. And the biggest project of that agricultural experiment station at Auschwitz was to develop this substitute for rubber.

Is there a lesson in this story that resonates with the world of today?

It’s always tricky for a historian to make those kinds of translations, but I think that they are necessary, and they are important.

What we can see in these food issues of the 1930s is that, on the one hand, we had this terrible experience of fascism, on the other hand, it’s also scientists that came up with ways of thinking of how to solve problems that actually promoted democracy. The kind of democratic experiments in the U.S. during the New Deal years, they came out of ways that scientists thought of how to answer those food production challenges of the 1920s and 1930s.

At the same time that some scientists in Germany or in Portugal or in Italy were making Nazism possible, others were actually making the New Deal possible. This is a very good lesson for present days, in the sense that it’s not pre-determined, the way that science and politics relate.

How can the scientists of today respond to the challenges faced by modern societies? How can they respond to an American presidential administration that appears to have a confrontational relationship with research?

The kind of debate that we have now, with the rise of populism and the new administration on, ‘Are we pro-science? Are we against science?’ — mainly the case of climate change — this is not a very useful way of thinking. It’s impossible to conceive of a modern society without the contribution of science and technology. And that was true for fascists; that was true for democrats; that is true for any kind of administration that you want to imagine right now in the United States. It’s not one of pro-science or against science.

I’m convinced that the changes that come with automation will be as profound as they were with the reorganization of food production in the 1920s and 1930s. For centuries, no one would have imagined that we could build societies where peasants are not at the center of our economies, of our societies. Fascism was one of the answers to that — how to reorganize a society in a place where peasants are losing ground, and are losing the battle, when food production becomes industrialized.

If anyone wants to say something on how to deal with the issues of what is going on in the Rust Belt of this country, they have to come out with ways of re-imagining labor. So it’s not research directly into automation that I would expect to see, but new proposals on ways that automation can work for more people, what counts as labor — ways of reorganizing the entire economy.