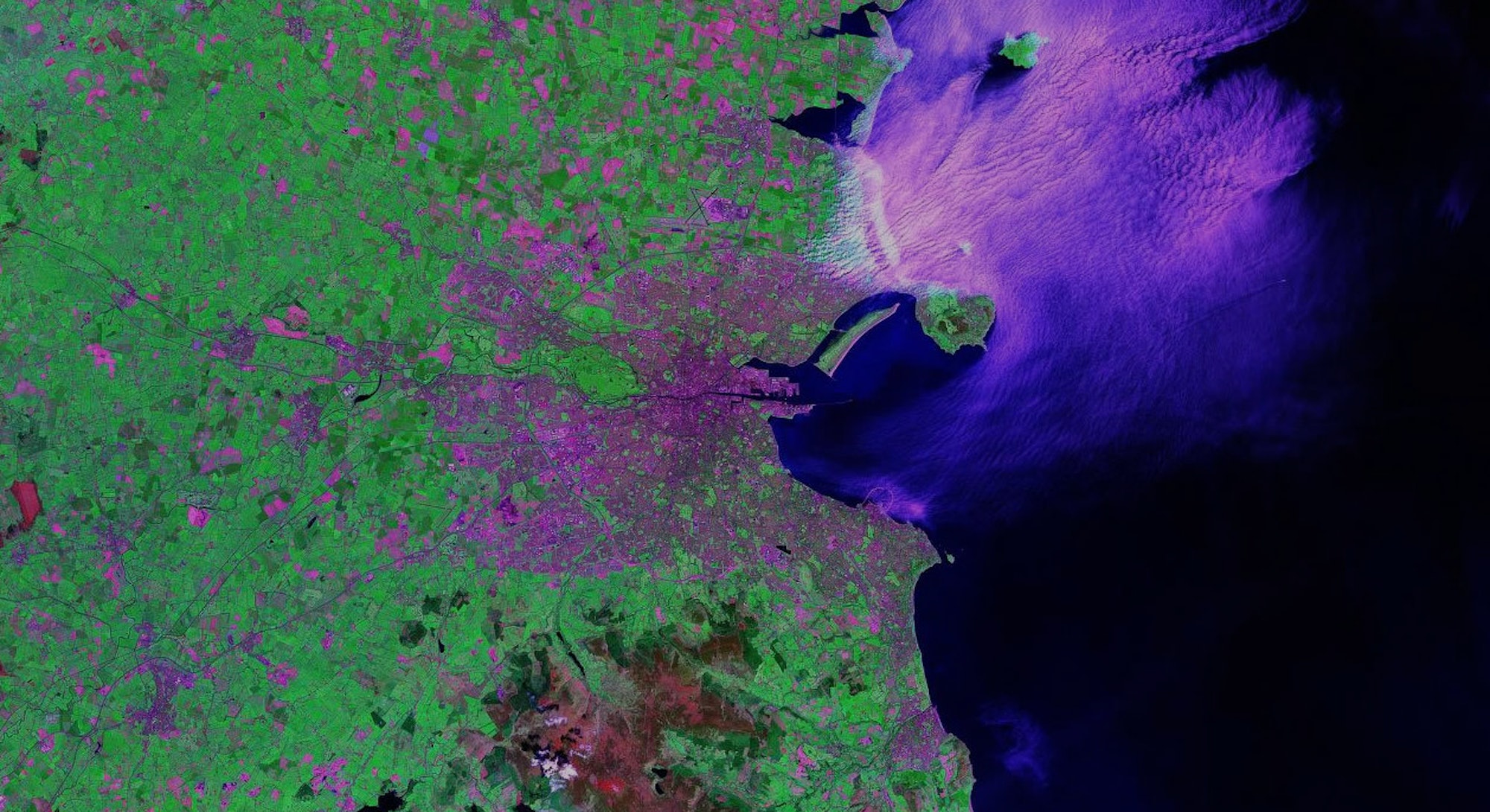 Riding through the narrow streets of Dublin in a horse-drawn carriage sounds quaint. It is. It also isn’t. The city’s equine population has cantered into a very modern urban ecosystem: Horse shit produced during overpriced tourists rides provides vital nutrients to the rooftop plots, former parking lots at the center of the cities circular agricultural economy. In other words horses don’t just get visitors to pubs in the Temple Bar, they help make their salads.

By 2050, over 80% of the world’s population will live in cities. In Ireland, that number is already at 60% and growing exponentially. As city populations swell, localized food production becomes more and more of a necessity, as does the need to reduce waste product and harvest energy from renewable sources. Growing food as close as possible to where it’s consumed is a simple but impactful solution, minimizing the need for transport, refrigeration and other energy-sapping logistics involved with supplying consumers. Yet as it stands, just 1% of crops in Ireland are certified organic.

Many farms and fields were abandoned after Ireland’s economy entered severe recession in 2008, and public faith in European supply chains was rocked a few years later by a widespread food scandal involving horse meat. Even revered Swedish design company IKEA was found to be secretly grinding down horses into meatballs in order to sidestep rising beef prices. By 2014, these incidents had inspired the launch of the Grow Dome Project, an enormous geodesic structure in the heart of Dublin, intended for intensive, sustainable and year-round food production. Now, around 150 volunteers tend vegetable crops inside the dome and its surrounding gardens, which have become a vibrant community hub.

Farming traditions are also being reimagined on Dublin’s rooftops. Beetroots, potatoes, radishes, lettuce, parsley, garlic,, and spinach are just some of the vegetables being grown in urban spaces that would normally serve no particular purpose. “Producing supplies in the city — by utilising LED lighting and hydroponics, for example — makes a lot more sense than shipping food from the other side of the world,” says Andrew Douglas, creator of Dublin’s first rooftop urban farm five years ago.

The rise of the urban agriculture movement in Dublin has sprung largely from the sense of heritage attached to food. Following World War II, Ireland experienced a shift from family farming to larger-scale commercial agriculture. By the 1980s supermarkets had arrived on the scene, and tangible connections to food production became nothing more than tales of the past. But today, urban farming is revitalizing not just food supply chains and disused areas, but also community spirit.

“Ireland is a land of growers. Our parents, grandparents, and their parents before them have grown their own food supplies,” Douglas says. “That tradition has dwindled with the increase of imports, but more recently, there’s been a strong desire for more transparent supply chains and more background on our food.”

Combining high-tech and low-tech solutions, students at Belvedere College school in Dublin have been embracing and experimenting with future-looking urban agriculture projects. With the help of talented mentors and volunteers, these young innovators are leading the way towards sustainable food production in their city.

“We’re experimenting with different urban farming techniques,” says Simon O’Donnell, coordinator of the college’s Grow Lab project. With a system like aquaponics, for example, the students are creating a full ecosystem: You’ve got the fish, the bacteria, the water, and the plants all working together to maintain equilibrium.”

Aquaponic systems combine conventional hydroponics with aquaculture. These systems create a feedback loop where basin water feeds and irrigates plants, they filter the water and send it back clean to the basin. With “closed circuit” farming ecosystems like these operating with near zero waste, food can be sustainably produced in much more compact spaces making them ideal for urban agriculture. But for these techniques to be developed further, the next generation of farmers need to be educated about their benefits.

“Because we’re part of a school, we can really look at how to maximise sustainability rather than focusing on food production at a commercial level. Essentially, we’re exploring the possibility of a zero input system in the middle of the city,” he explains. “The ultimate vision is to have an entirely off-grid urban farming system with solar for energy and water straight from the rooftops.”

In a way Dublin’s food future is firmly rooted in Ireland’s agricultural past. Sometimes the will to pursue positive change requires a connection to tradition before the possibilities of the future can be fully realized. The technology may change, but the need for nourishment and innovation remains.