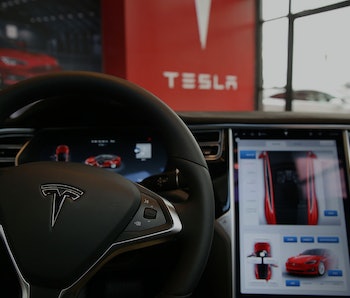 Tesla CEO Elon Musk confirmed on Monday that the latest software update for Hardware 2-powered cars is rolling out now. The new platform, released back in October, is built into every new Tesla produced, and paves the way for driverless capabilities through its combination of advanced sensors and cameras.

The autopilot update started rolling out last week to 1,000 cars to see if there were any issues. The update is now downloading to all other Hardware 2 cars, but will remain in non-actuating mode to see how reliable it is. If all goes well, actuation should occur by the end of the week.

Because Hardware 2 uses a radically different set of sensors compared to older Tesla cars, there has been some catch-up as the company works to bring over all the features from older cars onto the newer platform. Although Hardware 2-powered cars will eventually outstrip the older models on the autonomy side of things, in some instances the older cars have better navigation features.

An example of this is Autosteer. Older cars, when using Autopilot mode, can steer themselves down highways at speeds of up to 90 mph. This limited form of autonomy requires the user to stay alert and ready to take control. Musk noted last week that, although Autosteer is coming to Hardware 2 cars soon, it will be capped at 35 mph until the team is able to gather more data from public testing.

Although Hardware 2 is in catch-up mode, the company’s stated goal is to achieve level 5 autonomy by the end of 2017. That’s a big task, but Tesla has released videos of a beta version of its self-driving software in action. Level 5 (which means zero human interaction whatsoever) may be a bit of a stretch, but cross-country road trips? It’s not outside of the realm of reason.

More like this
Innovation
21 hours ago
Can cars run on water? The science of a TikTok conspiracy theory, explained
By Andrew Moseman
Innovation
6.27.2022 8:00 PM
Artificial photosynthesis can grow plants without light — and may solve a planetary dilemma
By Steph Lee
Innovation
6.25.2022 10:00 AM
9 veggies that are healthier cooked than raw
By Laura Brown and The Conversation
Share: