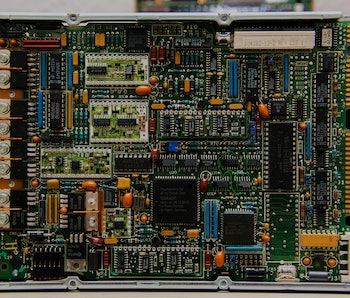 It’s estimated that we are inundated with 2.5 exabytes of data every single day. To put that into perspective, that’s the storage capacity of more than 167 million iPhones. That information comes in the form of articles, texts, audio, tweets, blogs, and photos. In the next thirty years, the amount of data thrown at us on a daily basis is expected to rise to over four zetabytes (1,024 gigabytes). That’s simply too much data for a single human brain to comprehend. Hell, even multiple human brains would struggle to sift through and organize that much information.

“The information being produced is far surpassing our ability to consume and make use of,” said Rob High, vice president and chief technology officer of IBM Watson, at the American Institute of Aeronautics and Astronautics (AIAA) SciTech Conference 2017 in Grapevine, Texas this week. “We have a very desperate need for cognitive computing.”

High remarks came as part of a panel discussion about potentially disruptive developments in technology, and the consensus seems to be that we’re quickly hurtling toward a future where machine will beat man in terms of mental prowess.

“If you’re a doctor and you’re trying to figure out the best way to treat your patient, you don’t have the time to go read the latest literature and apply that knowledge to that decision,” said High. “In any scenario, we can’t possibly find and remember everything.”

High proposed cognitive computing — the ability of a computer to recognize and understand human emotions and apply that understanding to real world problems — as a solution. IBM is already working on machines that will focus on human experiences, be able to inspire us, help us, and teach us. The only worrisome part of all of this is that the machines will finally be smarter than us.

But, we cannot possibly process all of the information we are exposed to daily. Machines that can “think” will help us unlock a whole new territory for discovery from medicine to space travel to online shopping.

“Smartphones are just the tip of the iceberg,” he said. “Human intelligence has its limitations and artificial intelligence is going to evolve in a lot of ways that won’t be similar to human intelligence. But, I think they will work best in the presence of humans.”